F1 Austrian Grand Prix 2020 will take place on 5 July at Österreichring in Spielberg. After the Pandemic, this is the first race taking place this year. F1 fans, all around world, are back to get themselves treated with the exciting F1 race.

Read on, to learn how to watch Austrian Grand Prix 2020 Live Online from anywhere in the world.

Below is the session-wise schedule to watch Austrian Grand Prix live.

The race will be televised live on several TV channels and can be streamed online. We have published a How to Watch Formula 1 Live Streaming where you can see the top channel list from different countries and also some tips & tricks to access the channels from anywhere.

Here are some interesting facts about Red Bull Ring, Spielberg 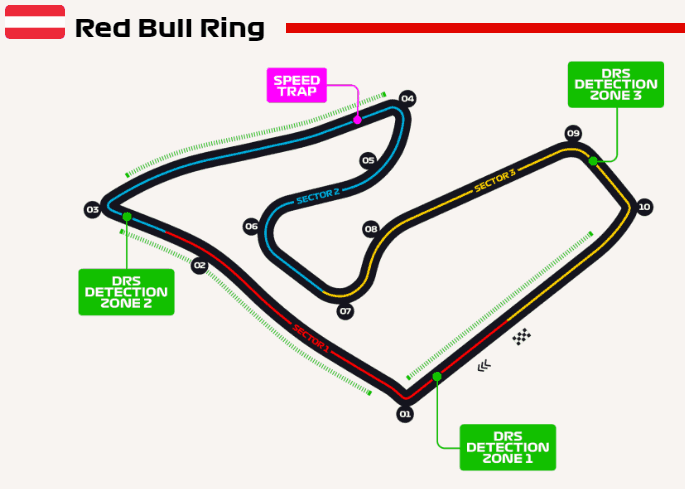 The results of Austrian Grand Prix 2019

Don’t miss the action. Watch all the F1 2020  races live online with the help of PureVPN’s Austria VPN service.

With the one of a kind, double header of Austria Grand Prix around the corner, Formula-1 fans are anxiously waiting for the V6s to rev up & ignite the Red Bull Ring in Spielberg this Sunday. With the first of its kind season starter, Austria will be hosting two back to back race weekends as the 2020 Formula 1 season gets underway.

Fans will have a lot to look forward to, with the young gun Charles Leclerc trying to prove a point with his contract extension at the Scuderia. His teammate and the old warhorse Sebastian Vettel going flat out as he has nothing to lose with Ferrari parting ways with him.

The rivalry at the Maranello camp will be fierce and that may play very well down at the hands of the 6-times reigning & defending Formula-1 Champion Lewis Hamilton. With Mercedes to lead the way in Austria with Bottas playing second fiddle to Lewis, team Scuderia will be having their hands full as they will be heavily relying on Charles. He is expected to repeat what the great, the legend, the rain master Michael ‘The Magic’ Schumacher did years back.

Apart from the front runners, the world is also waiting to see what Max Verstappen could do. Can he win three times in a row? With Riccardo, Gasly & Grosjean all trying to make their way up the ladder, the upcoming Austrian Grand Prix has got every ingredient of becoming a race to remember.

With the shortened F1 season of 8 races only & cars using their same specs of 2020 because of the testing ban, things can stir up really nicely as the season progresses. Sadly, there will be no spectators to watch the amazing drivers and you have to see the live action online.