Best Shows On ITV TV to Watch From Anywhere

Digital FreedomBest Shows On ITV TV to Watch From Anywhere

Famous for its free streaming content for people living in the UK, ITV is the most popular choice of British streamers. It features a vast collection for almost every genre and is enough to keep you from ever paying a single penny for any streaming subscription service.

Or, if you are just someone who wants to be entertained, here are our top picks of the best TV shows and programs that you can watch on ITV.

This is one TV show that we are sure you don’t need an introduction to as not only is it one of the most popular talents shows in the UK but the entire world. Even today, people of all ages tune in to Youtube to watch performances from a decade back. But then again, why watch previous old episodes when you can view all the new ones on ITV. It features some of the best performances we have seen in Got Talent history, which means Series 13 is going to be a blast for you.

Imagine Britain’s Got Talent but one where you only see kids. Now imagine that same show being hosted by one of the world’s funniest celebrities like Steve Harvey. How fabulous does this sound? Well, there is no need to imagine an NBC show, the Little Big Shot is just that. Produced by, Steve Harvey and Ellen DeGeneres, the show was hosted by Steve Harvey in the first three seasons. However, the current host is now going to be replaced with Melissa McCarthy for the fourth season.

Created by ITV’s very own studio, Love Island is a dating reality show which has taken the world by storm. Everywhere you go, you will hear a group of people talking about the latest Love Island episode. Even on social media platforms like Facebook and YouTube, you will see hundreds of different reaction videos, all talking about this weird but insanely addictive TV show. It truly has its very own charm.

Ninja Warrior is an iconic British game show which was aired primarily for ITV. Over the years, the show has gained a massive fan following, with viewers tuning in to watch from everywhere in the world. It has become so popular that now, there are even major celebrities taking part in the game show. There are currently five seasons out, each of which is as exciting as the next.

Based on the classic movie featuring Mel Gibson and Danny Glover, Lethal Weapon is an American buddy cop action comedy-drama TV adaptation starring Damon Wayans and Clayne Crawford. The series follows a pair of mismatched detective partners, Martin Riggs and Roger Murtaugh who were the main characters in the original film. So, all those who adored Lethal Weapon as a movie would absolutely love the TV series.

With a brand new series announced to land in 2020, Vera is a British crime drama TV show which has been on the air for almost an entire decade. The TV show is based on a novel by the same name and features Brenda Blethyn, a workaholic Detective Chief Inspector adamant about picking on her co-workers for their little mistakes.

With a total of 18 seasons spread out across 18 years, Heartbeat is an English police drama show, set in the 1960s. Since its very first series, it has been extremely popular not only in the UK but the entire world. Just in the very first year, the show attracted over 10 million viewers, which only grew from there on out. So, with such hype following this series, you know it is going to be good.

How to Watch ITV From Anywhere in the World

It’s unfortunate to know that ITV is not accessible from anywhere in the world except the UK, Ireland, and Switzerland. Due to the regional restrictions, it’s only available to users located within the mentioned regions, while users outside those regions are not able to access any content on ITV.

However, breaking free from regional restrictions and accessing blocked content through VPN is not only totally legal but your basic right as a Netizen. A VPN can help you anonymize your online identity, keep you safe from all online threats, and change your virtual location to allow you access to blocked content.

PureVPN is the most compatible VPN for IT, allowing you to access ITV from anywhere in the world for free. It also gives you access to other blocked content and websites such as Netflix US, Hulu, and BBC iPlayer.

PureVPN is also great at keeping you safe and secure every time you go online. It keeps your devices protected, your data encrypted, and your identity secure from all online malice. Be safe, always use a VPN for all your online activities. 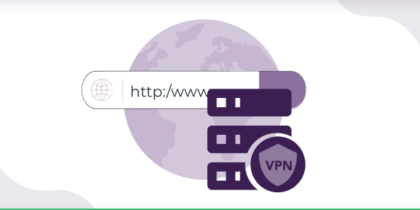 How to prevent ISP from selling data?

Does Spectrum sell your internet history? 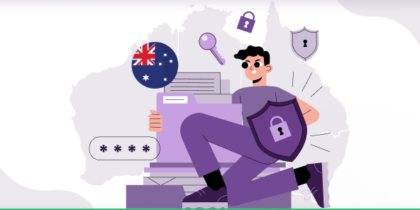 How to avoid Australian metadata retention with a VPN