Online streaming serves as one of the best cures to cheer you up or kill some time. We are bestowed with this convenience via the Internet. After all, online streaming allows us to watch our favorite TV shows and movies, on the go.

Be it on a bus to downtown or at a coffee shop, and you just have to take out your Android device, launch your favorite streaming app and there you have it; an insane volume of content.

However, finding the right streaming service that boasts the content matching your interest can be quite daunting. Since new streaming services pop up every month or two, no one has enough time to download and install every app to check its content.

Some Android apps are geolocked. Use PureVPN at $0.99 only to access every Android app and enjoy top-rated shows.

But don’t you worry! We’ve gathered a list of the best streaming apps for Android and categorized the apps into apps for TV shows and apps for movies. Skim through the list and find the one that fits your needs.

Note: It should be noted that some Android streaming apps mentioned on our list might not be accessible in certain regions. To access those apps and watch your favorite content in your region, you will need to set up an Android VPN.

If you don’t want to miss out on the TV shows that you’ve been following since the pilot aired, then you are in for a treat. The following list contains apps that offer a plethora of TV shows as well as some live TV apps for Android.

If you are a fan of HBO’s originals, then you should probably download the HBO Now streaming app on your Android. The app boasts all the lesser known to popular shows that you would find on the popular cable TV channel. You can use the app without paying a penny, but only for the first 30 days. After that, you will be asked to subscribe to its premium plan. 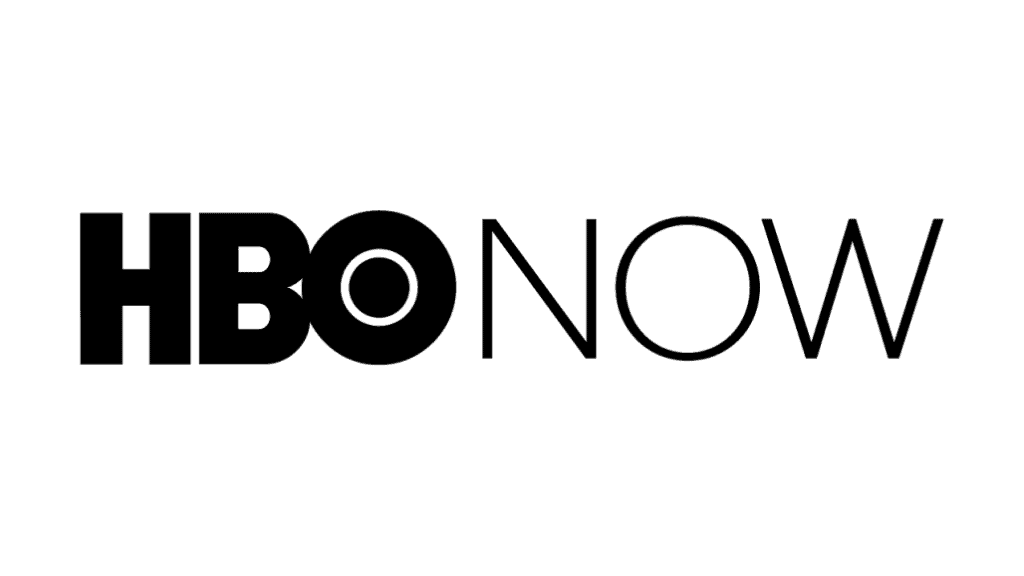 Disney Plus launched in the month of November 2019. The app contains all the nostalgic content from your childhood, with the likes Aladdin, Mickey Mouse, Star wars and exciting Marvel movies. 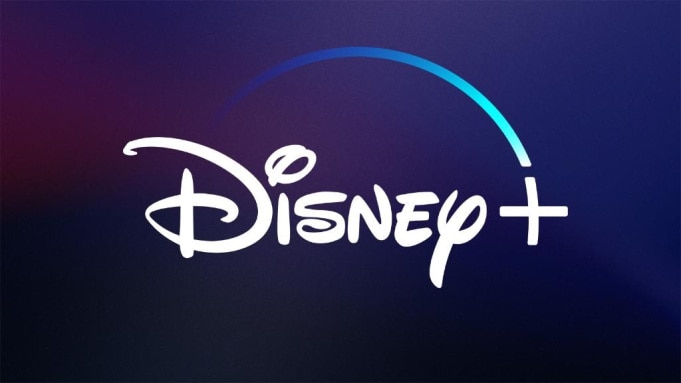 ABC TV has produced some of the best TV shows over the years such as Grey’s Anatomy, Agents of S.H.I.E.L.D and How to Get Away with Murder to name a few. As a result, it has garnered millions of active viewers from across the globe. If you are among those loyal viewers of the ABC network, you might want to check out its app and watch all the content on the go.

If you are looking for a streaming app that lets you watch content in English as well as the Spanish language, then Playview is the app for you. The Android application lets you search content easily by allowing you to sort your queries. Moreover, you can not only stream the content on your Android device but also on your Smart TV through Chromecast. 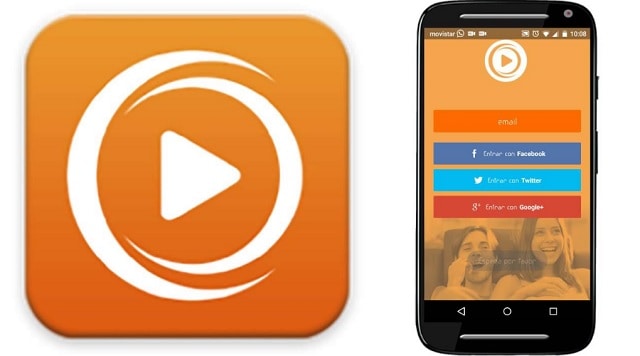 Crunchyroll is the most popular anime-heaven on the Internet, boasting a treasure trove of Japanese anime content. Apart from anime, you can also check out its Manga database, music gallery and more. The only problem is that some shows are free to watch while others need premium access. Plus, a good chunk of its content gallery is available in only limited regions. 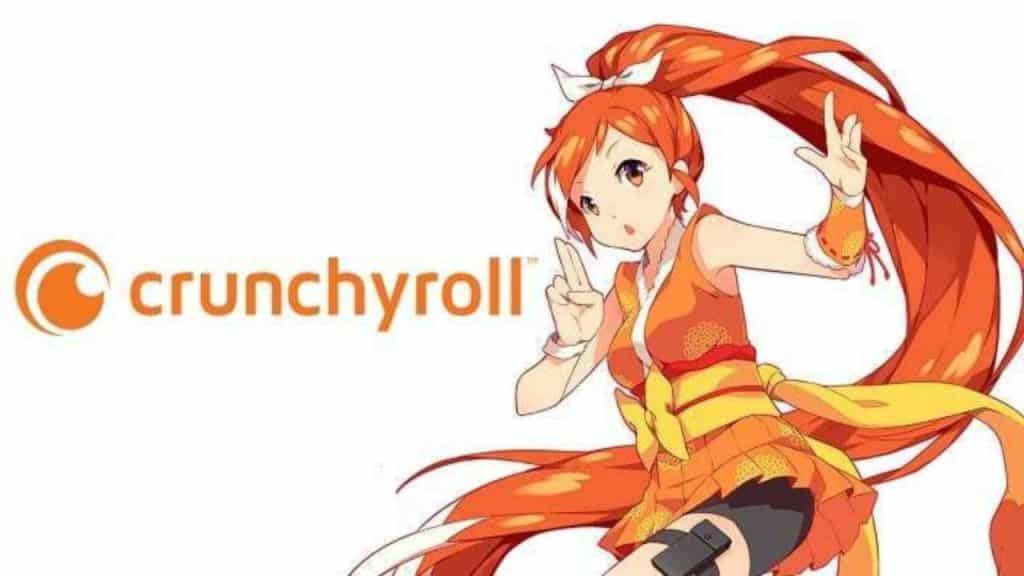 If Crunchyroll isn’t what you want, when it comes to anime, you might want to check out Viewstar streaming service. Some of the finest aspects of the streaming app that make it a fan favorite include no fee or a sign up. Secondly, the service also offers other TV shows and movies as well. 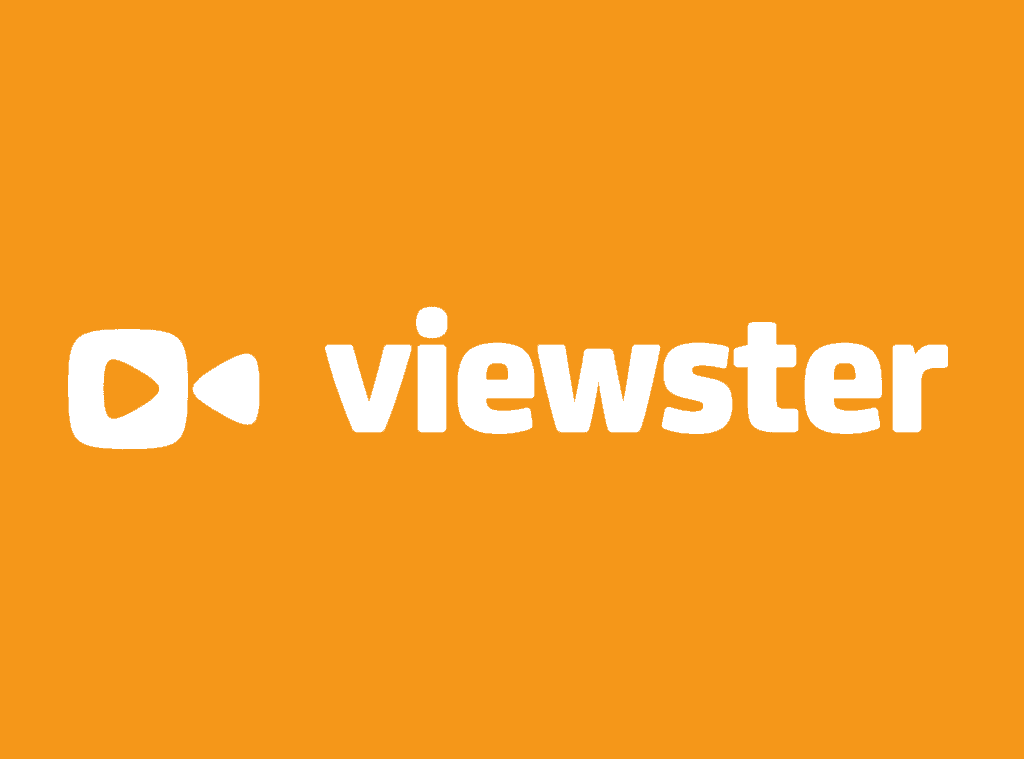 Tubi TV is known for offering free and subscription-less access to its excessive content that includes movies, TV shows, documentaries, and more. Also, you can find content on a wide range of genres including but not limited to Comedy, Drama, Action, Kids, and Classics. You would like the service more if you are into the Korean genre.

SPB TV is for those users who want instant access to a large number of TV channels without spending a cent. SPB TV offers over 200 TV channels available in multiple languages. 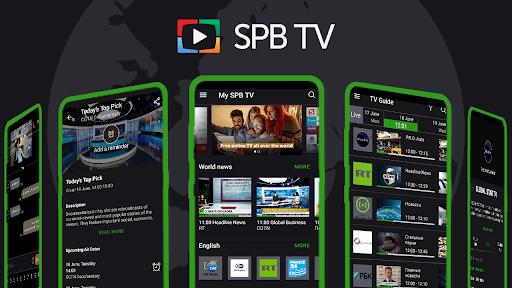 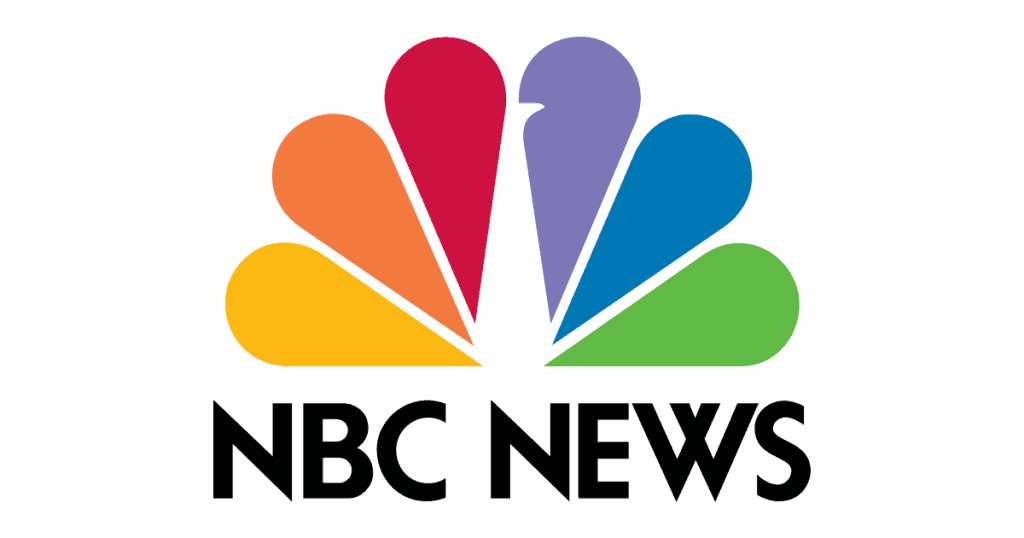 Voot is a country-locked application. In other words, it is only available only in India. But, then again, you can always access it with a VPN for Android. Anyway, the streaming service is owned and operated by Viacom 18 and, thus, you can expect all the TV shows and movies from the same network. The app has 70 million+ downloads and 30 million+ monthly visits. 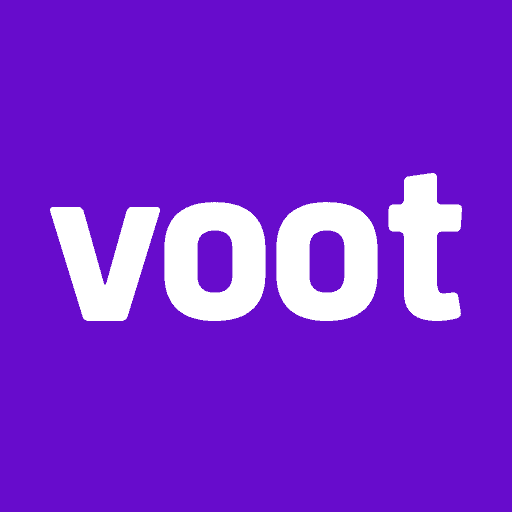 The Big Bang Theory, Criminal Minds and Star Trek: Discovery are a few of the many top TV shows produced by CBS. Well, you can watch all these CBS shows and more on the go with its free streaming app. 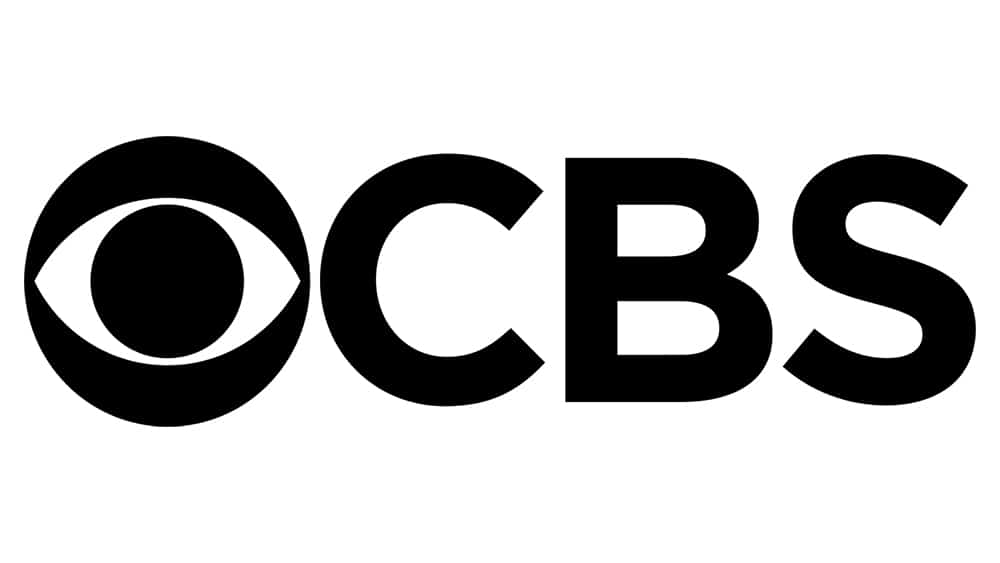 BBC iPlayer is the most popular streaming app in the UK, and in many other European regions too. Even though it is only available in the UK for streaming, many streamers connect to premium streaming VPNs and access the free streaming service on their android phones.

BBC iPlayer is home to dozens of new British TV shows. If you are into watching classic Brit content, this is the perfect streaming service for you.

Love Island UK, A Confession, Manhunt, Dancing on Ice, Liar, The Trouble with Maggie Cole, Endeavour, Dinner Date, and Belgravia. Do these popular TV shows ring a bell? All of them are available for free streaming on the ITV hub app if you are in the UK.

If you are outside UK, you can still watch them for free by connecting to a premium streaming VPN such as PureVPN and changing your virtual location to UK. 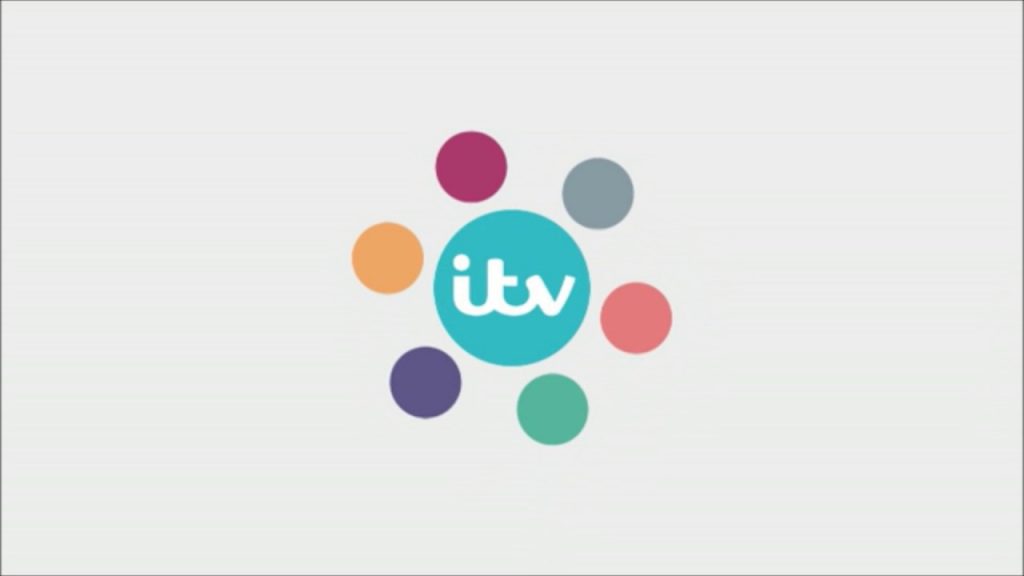 A very popular streaming service that’s only available in the US, it will be all worth your time and effort if you can get a premium streaming VPN. When you connect to a VPN on your Android phone, you can access Hulu from anywhere in the world.

Hulu is famous for producing great and binge worthy TV shows in romantic, comedy, and noir genre. It’s most famous shows, The Handmaid’s Tale, and Harlots, received global recognition for having an excellent story line. 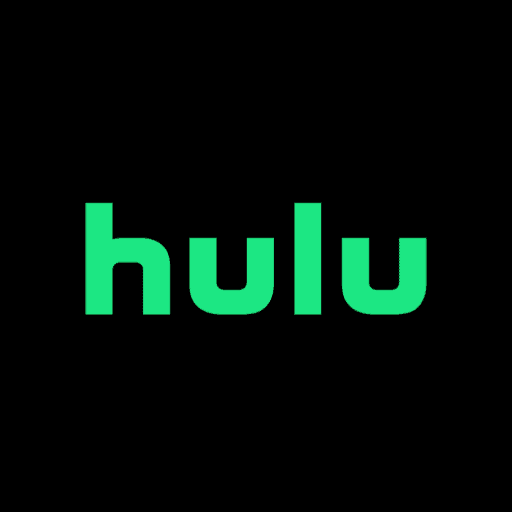 Amazon started of initially as an e-commerce company, but soon it ventured into the streaming business too. Since then, it has produced great TV shows that have a global following.

If you want to watch Amazon Prime content on your Android phone, but you live outside the US, you will need a premium streaming VPN to change your virtual location to the US.

Last but not the least, Netflix is a global trend now. It has dedicated app for Android phone, allowing users to watch it on their phones, or cast it to their smart TVs. Netflix has the biggest content library as compared to any other streaming service that is oput there.

Every month, Netflix adds new shows and removes some shows which are declining in global trends. With thousands of TV shows to watch, streaming on Netflix can be a never ending pursuit for you. 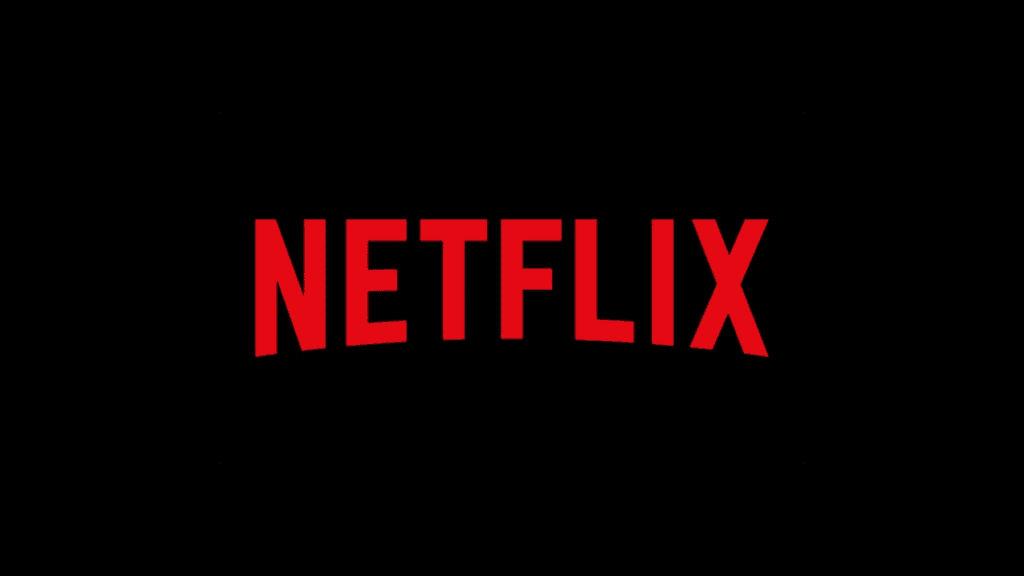 If you are interested in watching movies online, check out the following best Android apps for movies.

Kodi is one of the best media entertainment apps available on the Internet. There’s hardly any other application that beats the awesomeness of Kodi. The app works with repositories, and within them, you can find add-ons. These add-ons come by the dozen since Kodi is an open-source application. Some add-ons offer content from a single streaming source while other add-ons extract content from multiple sources. You can, in fact, find some of the apps, listed above, on Kodi as add-ons.

The application is completely free to use. However, some of its add-ons might not be available in certain regions. 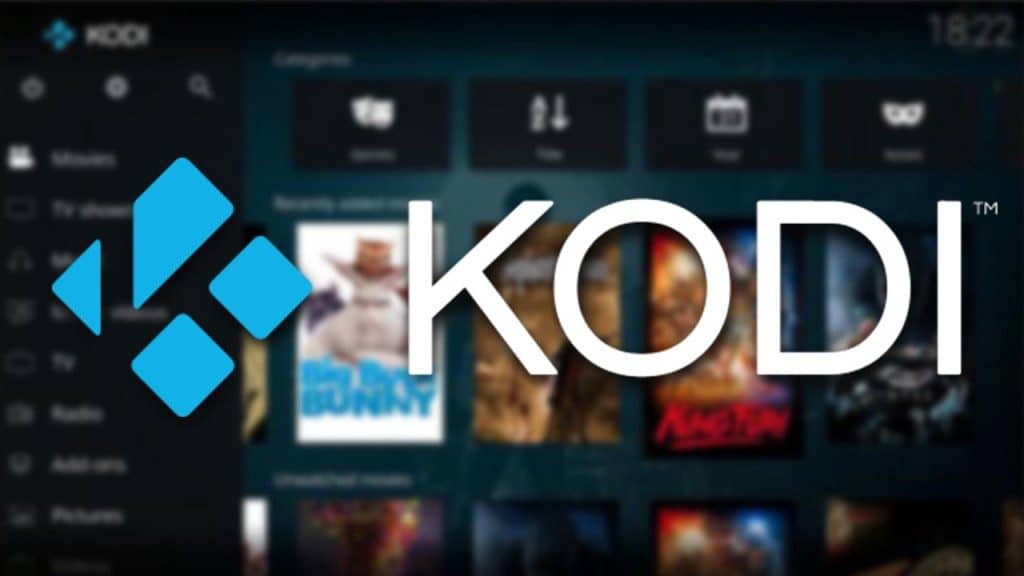 The name might sound similar to the streaming giant, Netflix, but it is a completely different service. The good thing about the service is that it doesn’t require you to sign up or pay a fee. You only need to download the application on your Android to access its extensive content gallery. The downside is that it isn’t available in some countries. 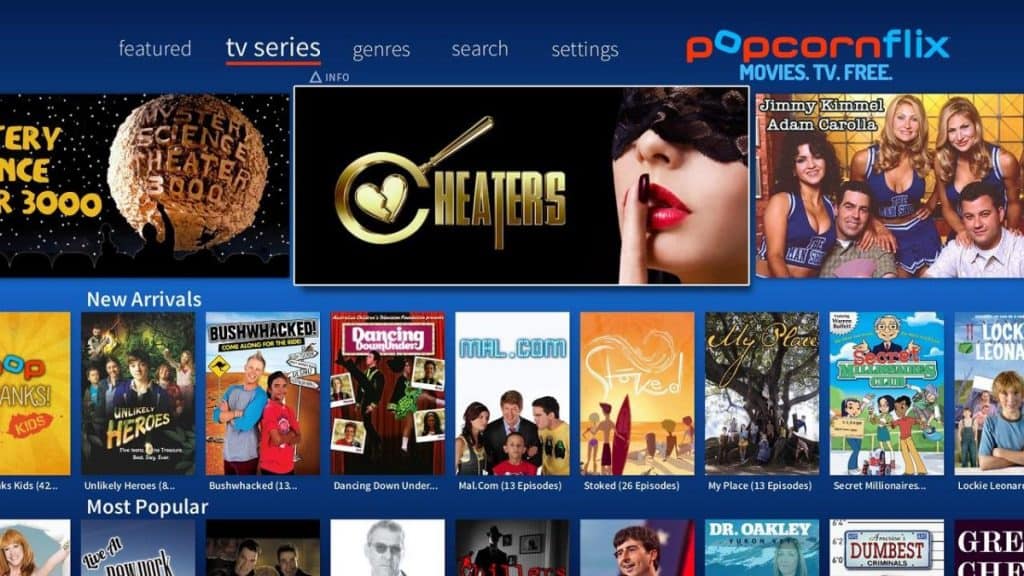 Crackle is owned and operated by Sony Entertainment. Since it is the baby of Sony Pictures, you can expect a heavy volume of content including popular TV shows, movies and more. Crackle is a free-to-stream service, and you can easily download it from the Google Play Store. 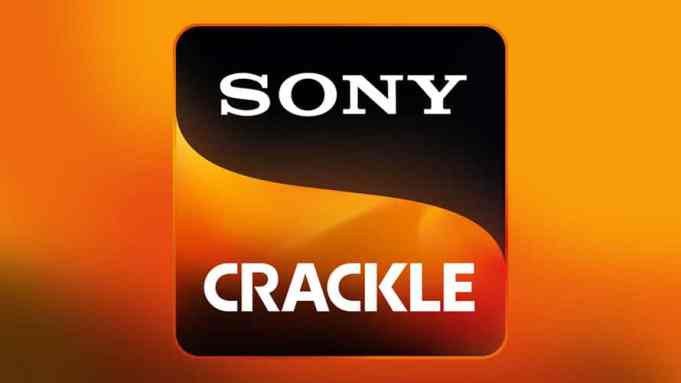 If you are an Indian expat and want to watch Hindi content in HD resolution, Hotstar is the perfect streaming service for you. Hotstar is an Indian streaming service which is now available in the US and Canada as well. However, you may expect different content and pricing in the US and Canada. Therefore, the majority number of users look for a VPN service to access Indian Hotstar from their region. 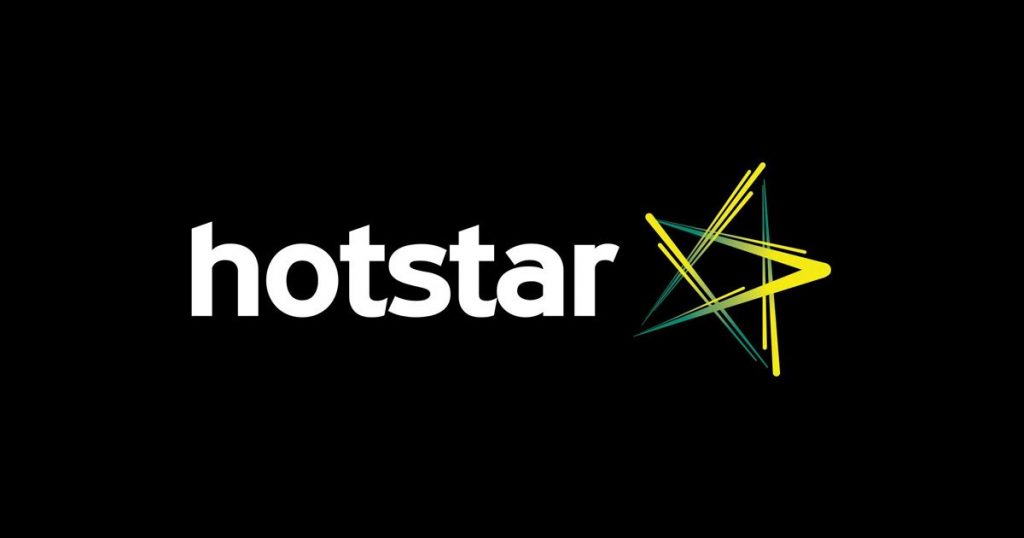 Vudu is one of the most amazing streaming apps on our list of, “Best streaming apps for Android.” For starters, you can download and watch it for free. You can watch the content in 1080p and even 4K resolution. You can access not only 1,000+ movies catalog but also 20,000+ other programs. 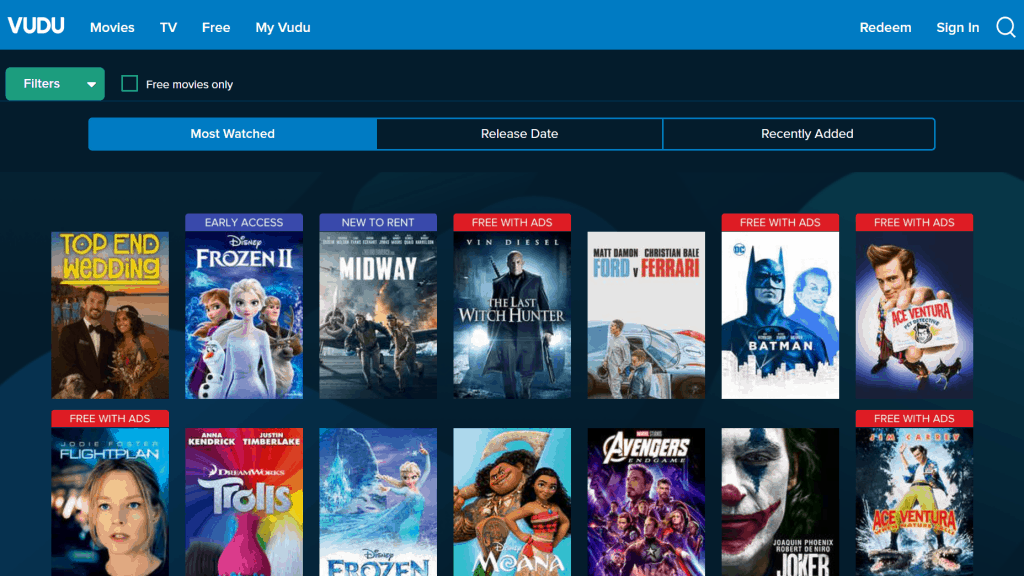 As the name suggests, the streaming service lets you watch your favorite movies in High Definition resolution. Not only does it offer great quality streaming but it also allows you to download it for later viewing. You can also watch MegaBox HD on a bigger screen by using Chromecast. 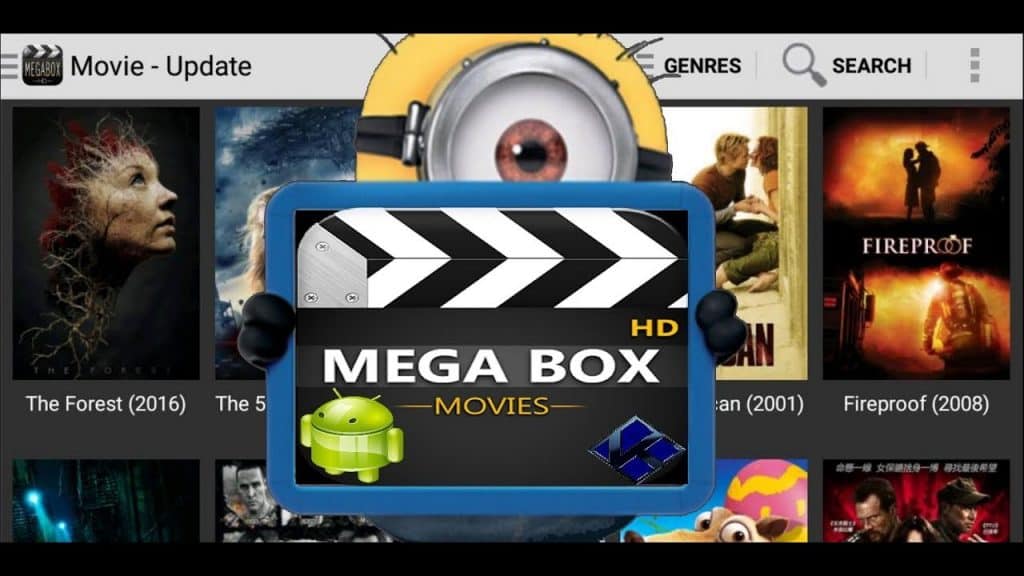 Showbox has a great number of users across the globe. Moreover, it is free, it is easy to use, and it lets you watch not only movies but also various TV shows. You can, in fact, download your favorite content to watch it later. 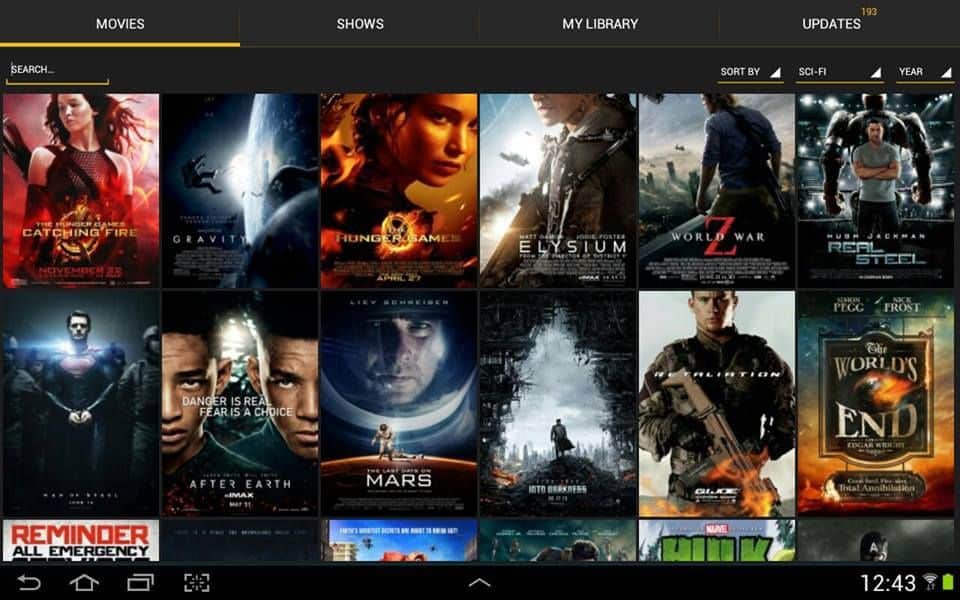 The streaming service offers the best of both worlds, i.e., movies and TV shows. The good point about Terrarium TV is that it offers the convenience of watching sub-titled content to non-English-speaking viewers. 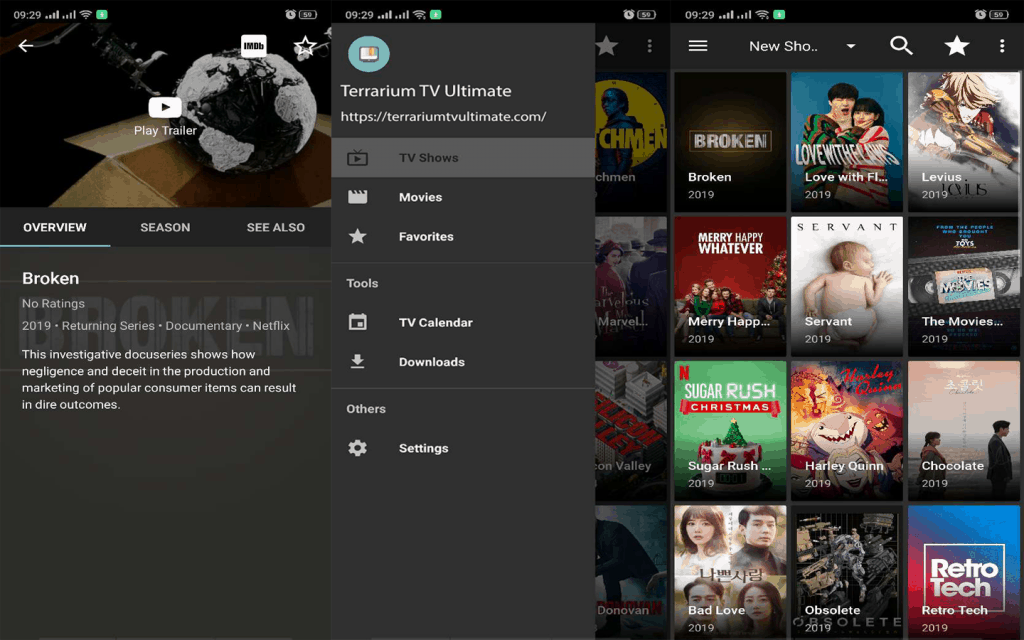 The streaming service has one of the most versatile collections of content. You can find multiple genres of TV show and movies on SnagFilms. Moreover, you can access content from different media industries such as Hollywood, Bollywood, Chinese, Korean and more. 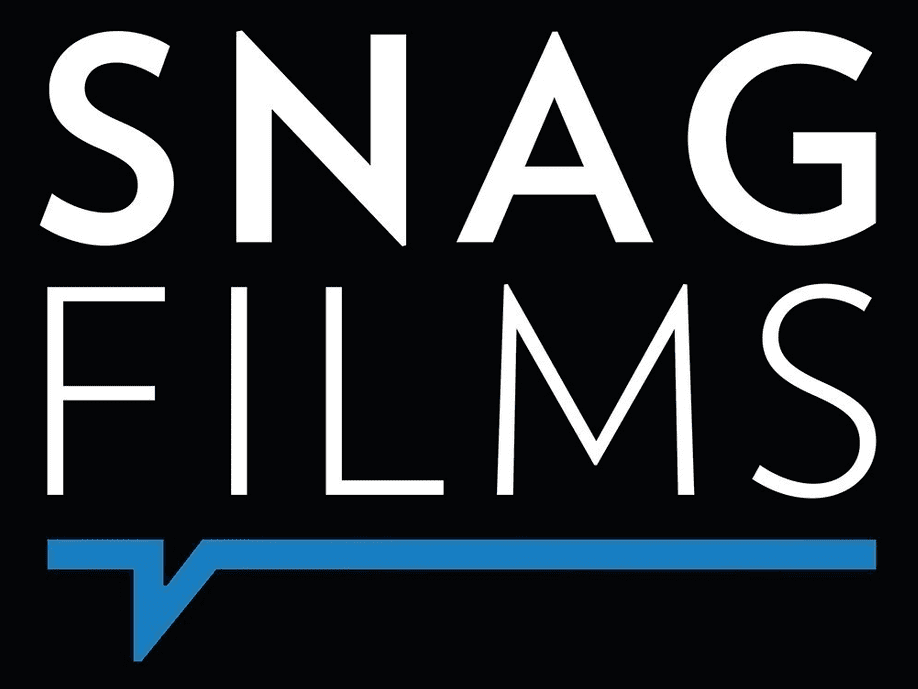 Last but not the least, Videomix is considered the oldest streaming service on the Internet. Although it doesn’t have much content in HD, its content gallery is regularly updated to add new movies and TV shows to the mix. 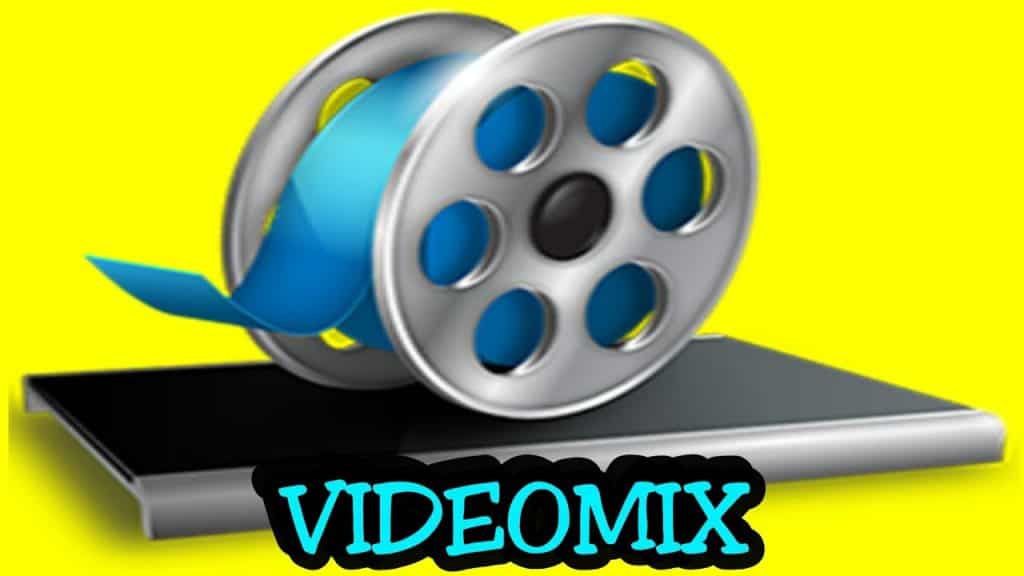 What’s Coming on Hulu this October 2020