Moreover, you can also learn how and where you can watch your favourite anime from any country in the world.

As far as the best volleyball anime are concerned, you’ll find Haikyuu!! on top of nearly all lists. The reason is relatively simple as this anime encapsulates the passion that any volleyball fan has for the game. The central lot revolves around Shoyo Hinata, who’s recently become obsessed with volleyball after seeing his city’s high school team playing In the National Championship.

However, by the time he’s eligible to join the team, he finds out that no one else in the school is interested in the sport. Hence, he recruits all his friends and even teaches them the sport from scratch to make sure he can finally participate in the National Championship. He soon finds himself involved in a mini rivalry that pushes him to hone his game even more.

Netflix: You can also watch Haikyuu!! on Netflix’s Japanese and Indian libraries. You can access these libraries by connecting to PureVPN’s Indian or Japanese servers.

Crunchyroll: You’ll need to have access to Crunchyroll’s US library, which you can do so by connecting to PureVPN’s US server.

Others: You can also watch completely subbed episodes on Haikyuuepisodes for absolutely free.

A standard complaint fans of this volleyball anime is the fact that so many new viewers incorrectly consider it a spin-off of another volleyball anime, Attacker You! The names might be similar, but the characters, the story, and the overall themes of both anime are worlds apart. Ashita e Atakku is about a girl who decides she not only wants to be the best volleyball player in her school but wants to revolutionize the sport entirely after the death of one of her teammates. 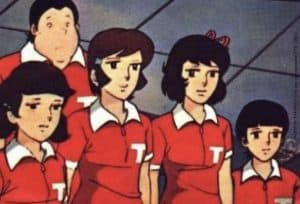 How does she plan to do it? Well, that’s the whole plot. Her quest to rewrite the rules of the game takes her across the world, where she competes, forms new rivalries, and friendships while learning more about what makes volleyball such a unique sport for people that play it across the globe.

There’s nothing quite like jealousy to break up a well-gelled team that has been winning every competition they compete in. What makes Harukana Receive a must-watch volleyball anime is that more than just volleyball, it focuses on how even the best athletes can suffer from jealousy, envy, and avarice. 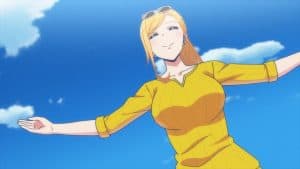 Harukana and Kanata are cousins and also the stars of their team’s volleyball team. Despite being the stars, Harukana has had a long envy of her cousin’s height and beauty. She feels that she continues to be robbed of even more considerable acclaim because people are distracted due to Kanata’s beauty. She believes the only way to win her share of fair credit is to quit the current team and join another one. However, in doing so, she wrecks her current team and loses her reputation as one of the best volleyball players in the city.

Funimation: You’ll need to connect to PureVPN’s US server to watch this show on Funimation.

Crunchyroll: You’ll need access to Crunchyroll’s US library, which you can easily get by connecting to any of PureVPN’s US server

VRV: You can easily watch VRV from anywhere in the world by connecting to a US server with PureVPN

Atakku Nanba Wan is one of the first anime that achieved a global fandom. Not only is it one of the best volleyball anime, but arguably one of the best anime from the pre-80s era. The art style is something that’s incredibly rare in Japanese anime, while the storyline explored themes that you wouldn’t otherwise expect from a sports anime. 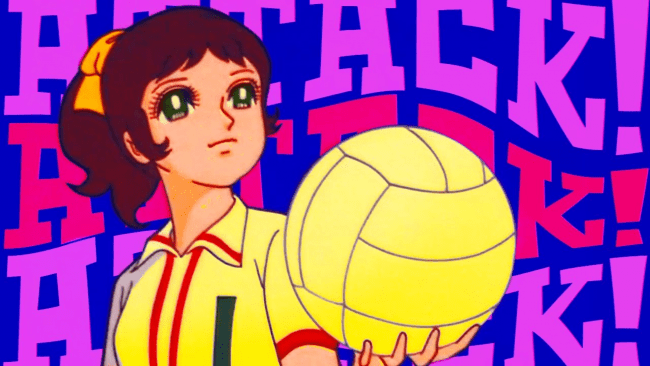 Kozue Ayuhara is a regular high school girl with a somewhat unusual love for volleyball. She’s obsessed with being the best and joins her new school’s volleyball team. However, her arrogance soon wins her a bunch of enemies who constantly try to diminish her performances. Atakku Nanba Wan has themes of jealousy, stress, backstabbing, and the importance of forgiveness. Her journey from her high school’s team towards becoming the best in the world is something that can undoubtedly inspire anyone that decides to watch this volleyball anime.

Amazon: The only way to watch Atakku Nanba Wan online is to buy it via Amazon and get it in DVD format.

Can you really call any place home if you’ve never stayed in any place for more than a few months ever since you were born? Attacker You! is about that lonely feeling of not belonging, of feeling like a drifter, not having any roots at all. 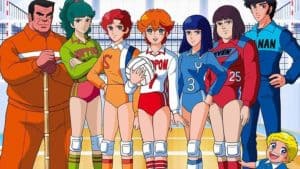 You Hazuki is one such drifter that’s never had a proper home anytime in her life. That has allowed her to devote her time and energy to be the best volleyball player in the country. Despite being only 13 years old, she’s been able to beat teams of players much older than her. However, issues in her family, particularly her father’s disapproval of her playing career, is one of the many reasons why You’s performances begin to decline.

YouTube: Attacker You! is only available to stream on YouTube. You can get the subs for it via YouTube’s automated translator.

Yasir Nawaz Yasir enjoys reading and writing about the latest developments in the world of AI and cybersecurity. A firm believer in the right to digital privacy for all, he shares his thoughts on issues both controversial and menial. His other interests include chess, reading, and looking to the horizon in his best Luke Skywalker impression.

How to Watch Servus TV Live Stream in Deutschland 2021

How to Watch Fanatiz Outside the USA