Stay Secure by Choosing the Best VPN for FaceApp

One of the most effective ways an app can become instantly famous is via positive publicity by some of the world’s most renowned celebrities. This holds true for FaceApp as its ascent towards becoming one of the most downloaded apps on both Android and iOS.

The app seems innocuous at first. But gaping holes in terms of privacy become evident soon enough. There has been a tremendous amount of hue and cry over the FaceApp privacy within the tech world. The severity of these issues can be gauged by the fact that it has gotten attention from those in power in Congress.

But what exactly are these privacy risks? How do they affect the average user? And most importantly, are these issues as serious as they’re being made out to be? So, here’s all you need to know about the app itself, how the FaceApp issues first surfaced, and how to properly keep yourself secure on the app.

The app’s introduction in 2017 didn’t receive much attention at first. After all, it was a textbook example of a one-dimensional app. It did not do anything apart from letting users edit their pictures and make them look older. This problem was probably identified early on as the first update rolled out, adding a bunch of quirky features to the existing options on the app.

Users could now not only make themselves look older, but they could also change their genders in the picture. Furthermore, it had several additional effects such as changing the shape of their eyes or hair color. 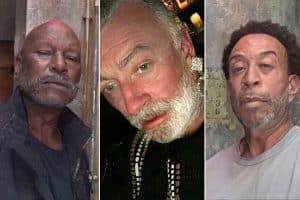 FaceApp’s popularity skyrocketed when pop stars, as well as current and former professional athletes, began using the app as well. With following in millions, this was a dream scenario was FaceApp as far as word of mouth was concerned. 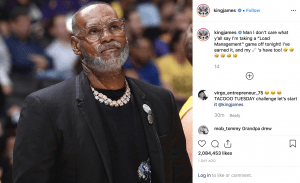 This led to the “FaceApp challenge” where celebrities, as well as regular folk, began posting their older-looking older images. The app was available for free making it easier for maximum users to download the app 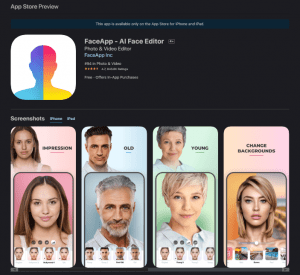 In the summer of 2019, the app reached its zenith in terms of popularity as it crossed the 1.5 million downloads mark. More importantly, FaceApp became an Editors’ Choice on the Play Store. Similarly, it boasted a remarkable 4.8/5 ranking on Apple’s App Store. 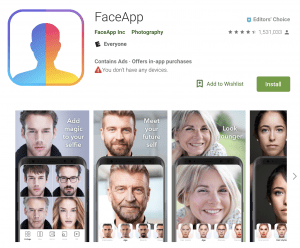 FaceApp was the summer’s hottest fad and looked set to build on its user-base.

As incomprehensible as it may seem today, it took nearly 2 years for anyone of note to ask, “Is FaceApp safe?”. Those in the halls of power finally took notice of the seemingly ambiguous privacy policy of the app. Senator Chuck wrote a detailed letter to both the FTC and FBI. The letter probed how an app that had facial data on millions of Americans had been allowed to operate with such impunity.

In the aftermath of this tweet, details about the app and its origins finally started coming through. The app was owned by a Russia-based company. Russia’s involvement in a data collection pool of this magnitude was enough to set alarm bells ringing.

The Democratic National Committee had seen itself compromised against Russian cybercriminals in 2015-16. This led to the DNC releasing an official document, warning all 20 Presidential candidates against using the app.

Suddenly, an app that was seen as harmless fun turned into a potential threat to US national security. Of course, the app itself has not reported any major leaks or compromises. It collects data and photos, but that’s due to the very nature of the app.

During the same time, independent cybersecurity experts began looking at FaceApp online as well as offline to find any potential evidence of foul play. However, as The New York Times reported, while the concerns raised are valid, there is no indication that their severity is anything that could pose a danger to US National Security.

FaceApp was forced to come out with a detailed explanation about the app’s Russian origins. Moreover, it explained how it handles its user data. The service revealed that all photos are deleted from its servers within 48 hours. Similarly, FaceApp revealed that most of its users do not log in, making it impossible for the app to identify the user. 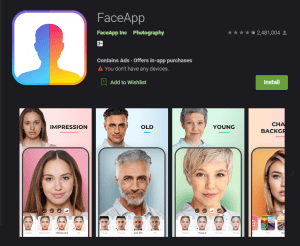 To add credibility to its claims, FaceApp came up with the option to allow users to restrict the app’s access to their photo libraries. This allowed users to use the app to edit the pictures anonymously. However, it is unclear exactly how much this helped FaceApp as it has since lost its Editor’s Choice label. The app has added nearly a million more users on the Play Store and App Store alike, so the results have been a mixed bag, to say the least.

The Best Way to Ensure Safety on FaceApp

While there are still lingering question marks about FaceApp privacy, it is clear that users need to be careful on their end as well. However, the app can still monitor your location, even if you restrict its access to your photo libraries.

If you disable your location, you won’t be able to use FaceApp online and most of its features. Hence, the best way to continue using the app without compromising your privacy is via a VPN. A VPN can easily decrypt all incoming and outgoing traffic from your internet connection. This would add a layer of protection for you online while keeping you safe from anyone tracking your location online.

The best VPN to use with FaceApp would undoubtedly be PureVPN as it comes with more than 6500+ servers in 180 locations, which means that while you’re surfing the web somewhere in Louisiana, you can connect to a server in Morocco and Senegal and the FaceApp servers would be none the wiser. You can connect to any of PureVPN’s servers and evade any tracking mechanisms. This will not downgrade your user experience on the app. If anything, it’s simply an extra method of assured security and anonymity.

FaceAppFaceApp onlineFaceApp privacyFaceApp prois FaceApp safe
Yasir Nawaz Yasir enjoys reading and writing about the latest developments in the world of AI and cybersecurity. A firm believer in the right to digital privacy for all, he shares his thoughts on issues both controversial and menial. His other interests include chess, reading, and looking to the horizon in his best Luke Skywalker impression.