The Mercedes course of action has started again this year as Lewis Hamilton is finishing on the top 2 positions in 2020 so far. British GP is an important and significant race because the drivers and fans love the Silverstone track. And, Hamilton is gearing up to beat Alain Prost record after winning this race. Odds are in Hamilton’s favor because he is winning on the Silverstone track for the past 5 years.

Although Red Bull drivers are lined up to challenge Hamilton, Valtteri Bottas is the second favorite and is a tough competitor. Moreover, Lando Norris is a great prospect who is making his way to the top as a young rookie in British Grand Prix. Most teams have their eyes on this British driver and might lure him to their side in 2021. The only thing that can spoil the party for Mercedes drivers is rainfall so we have our fingers crossed.

Besides that, Mercedes is the favorite to win this race as Hamilton and Bottas have previously outperformed everyone in the Hungarian GP and defeated other teams with a nice margin. Plus, the McLaren F1 driver, Carlos Sainz, have always scored points on the Silverstone circuit even though his car is inferior when it comes to aerodynamics and power. All in all, we can’t wait for the British GP and will cheer up Mercedes drivers from the other side. Ready for a great scrap?

F1 British Grand Prix weekend will kick off with two practice sessions on July 31 and will end on Aug 2, with the main race event. Check out this  Formula 1 British Grand Prix Live Streaming Schedule and Channel list and make sure that you do not miss a single second of this high-speed event.

We have an exclusive Formula 1 live streaming guide that have the region specific channel list and solution to access restricted channels. Furthermore, it also share tricks to improve streaming speed on multiple devices. You just need choose your favorite channel from the top channels list and use PureVPN to access any of those channels and enhance the streaming experience.

It's #BritishGP race week and we are so excited! 🙌

Our team have been working very hard to get the track ready including a spot of painting over the weekend🎨#F1 #BGP pic.twitter.com/my8uizKNNN 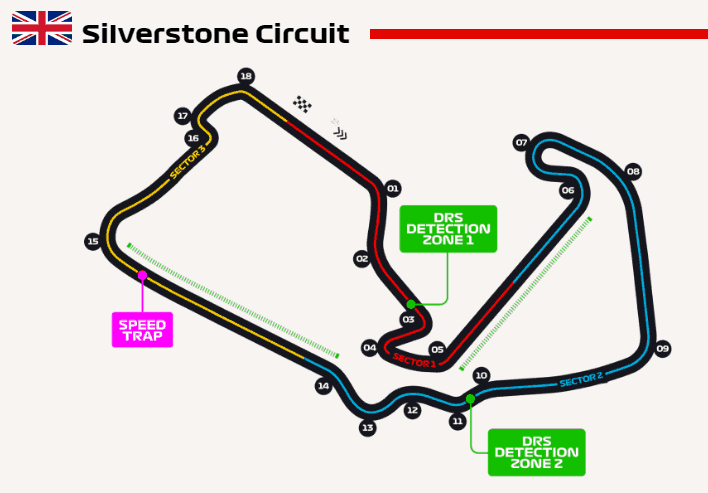 – Silverstone was built as an aerodrome, like many of England’s racing circuits.

– It is also the only track to host the F1 British GP since 1987. However, this makes little to no difference for fans as they come from all parts of the world to watch this event.

Now, what are you waiting for? Empower your streaming device with PureVPN and stream every thrilling moment of British Grand Prix Live in the comfort of your home with super-fast speed!

2020GrandPrixBritishGP2020MercedesRedBull
Sameed Ajax Sameed is a Digital Content Producer at PureVPN who covers cybersecurity, streaming, and weekly news. Besides that, he wastes time playing FIFA, eating pizza, and sending tweets.