Brits Need to be Careful Online While on Holiday

As the summer holidays begin, millions of people in the UK have already left or are planning to leave on a much needed holiday. However, Brits need to be extra-cautious when they’re online while they’re still traveling. According to a study from Intel Security, the most popular holiday destinations for Brits are also most prone to cyber attacks and other online security threats.

The study is more worrisome considering how difficult it is for the Brits to digitally detox and unplug while on holiday. According to a study commissioned by Intel Security and conducted by MSI International, 79% of Brits look forward to connecting online while traveling. About 42% further admitted that the mere thought of disconnecting and being cut off from social media or their work email makes them feel anxious.

The study also identified that typical vacationers rely more on their mobile phones than other devices while abroad. About 32% of Brits said that they won’t mind going without tablets and laptops as long as they have their phones.

More than half of the respondents further admitted that they don’t care whether the internet connection they’re using is secure or not. About 37% reported that they have no problems connecting to any internet connections that they may find. This is especially bothersome considering how unsafe it is to connect to an unknown or public Wi-Fi network.

Get Security Tips Here: How to Prevent Cyber Threats While Traveling!

Cyber criminals always look to exploit and take advantage of the ‘holiday mode’ mindset and the security vulnerabilities associated with it by sending malware to victim’s devices through various ways to gain access to a wide range of personal and financial information. 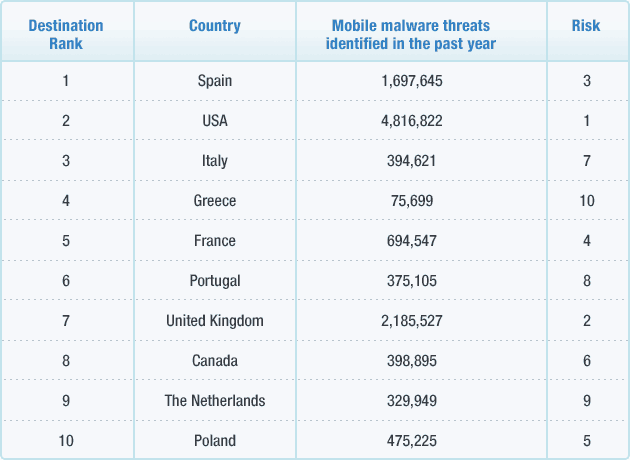 Even Brits who are opting for a staycation and do not wish to go on vacation are just as vulnerable to cyber attacks. According to the data revealed by Intel Security, UK occupies the number three spot on the list of most risky destinations with about 2.1 million malware threats.

“In a lot of instances, the lack of care ties in with a lack of understanding about the implications of failing to secure your data,” Raj Samani, CTO of Intel Security, said. “Nearly half of the UK admit that they do not know how to protect their devices when connecting to an open Wi-Fi network.”

Brits wishing to travel abroad can protect themselves against these online threats by subscribing to PureVPN‘s secure VPN service. PureVPN is industry’s best VPN for travelers. It allows users to connect with any of its 500+ servers. The service offers 256-bit encryption to protect all of your online communications and restricts so that your personal and financial information remains safe and out of the hands of data and identity thieves.

“For Brits travelling abroad this summer, familiarizing themselves with the security solutions available to protect their data and devices from cybercrime will ensure attacks do not threaten to ruin their holiday,” Samani said