These days, online trackers already know how likely you are to go out on a date with the person you’ve been endlessly chatting with for a while. At the same time, the NSA knows you’ve been gaining a lot of calories by having your favorite java chip frappuccino from Starbucks.

And don’t forget, your 726 Facebook friends have seen you grow from a teenager to an adult. They’ve observed your drunken nights on the town and your beach body through flattering (or not so flattering) photo uploads. In today’s digital world, the constant sharing of our daily lives is considered a norm.

Those who don’t share much of their private life on the web are considered ‘creepy.’ Or maybe they are hiding something.

When you think about it, marketing agencies and mega-corporations now know more about you than your own family members.

This brings us to the question, is privacy really dead, or is it reserved for those who can afford it? Before we jump into this, let’s learn why privacy is for everybody and not just a specific class segment.

While the reports of privacy’s demise have been mainly overstated by the media, it’s important to note that privacy is very much intact for the ones who can afford it – those who are affluent.

When we refer to privacy or our right to privacy, we often think about the right to be left alone and ungoverned by the state. However, the terms and conditions (that you often don’t read) of using the internet in today’s digital age means that you consent to commercial data mining, content curation, and automated decision-making, all of which demoralize the concept of democracy and deepen the gap between classes.

When Eric Schmidt, a longtime CEO of Google, was asked about all the different ways his company is causing invasion of privacy for hundreds of millions of people around the world, he said ‘if you’re doing something that you don’t want other people to know, maybe you should be doing it in the first place.’

This is incredibly ironic coming from the person who ordered his employees to cease communicating with CNET when they published an article full of his personal life that was obtained from no other source but Google itself!

When people with such a mentality say that privacy is really important, they don’t actually believe it. This can be confirmed as their actions involve taking all kinds of steps to safeguard their online and real-world privacy.

In other words, they know their privacy is at risk. That’s why they’re putting too much effort into removing any trace of their identities.

These are the same individuals who put strong passwords on their social media and email accounts and high-tech locks on their front door, bedroom, and bathroom doors. And they go the extra mile to ensure that no untrusted individual enters their private realm.

Now let’s scrutinize the CEO of Facebook, Mark Zuckerberg for a moment.

In an interview in 2010, he pronounced that privacy is no longer a ‘social norm.’ But he went out of his way to protect his own!

When buying his house with his wife, he also went out of the way to buy four adjacent houses in Palo Alto to ensure that their family enjoyed a modicum of privacy that prohibited other people from monitoring what they do and how they live their personal lives.

It’s clear that while these tech giants sell us the idea of having an ‘open internet,’ ‘connecting people’ and ‘no such thing as privacy’ mentality, at the same time, they are the ones who go all-in for having privacy not only on the web but the real world as well. 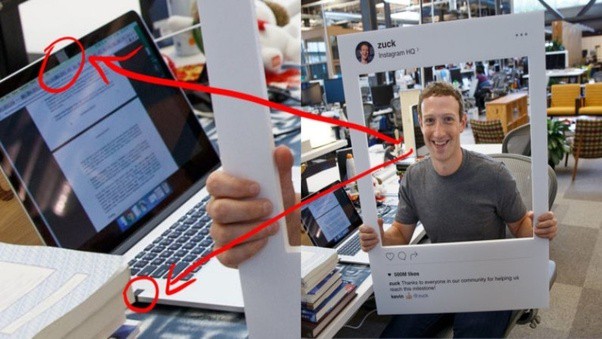 In other news, Mark Zuckerberg has been seen using what appears to be a ‘plastic tape’ on the webcam of his laptop. While he’s been busy taking privacy measures, the company he co-founded, Facebook, is notorious for eavesdropping on its users.

Discrimination and disparity are common among the poor and wealthy. This is not to say that those who don’t have enough resources are foolish. However, industries have thrived by exploiting their physical and online lives – by targeting with ads.

Numerous predatory businesses, such as payday lending, dedicate vast sums of money to place their ads before their targeted, segmented market. These ads target the most vulnerable and play with human psychology with the primary intention of making a profit.

These institutions exploit the conditions of the ones that are not well enough to make informed purchasing decisions of their own and fill in the gap in the name of consumerism. By repeatedly targeting these segments with ads, the industry has been redefined and represents a takeover of our consciousness and our privacy – a notion we believed to be under our control.

Truth be told, there’s no certainty that this industry that thrives on retargeting and online tracking is based on well-versed decision making, consumer’s own choice, or informed consent to the sharing of private information. Users might consent to share their data with an entity and have no idea where else that data might be sold for unknown purposes.

Even if users were aware, there isn’t any laid out a method to opt yourself out. If marketing agencies get a hold of your information, they can quickly learn the standard behavior patterns of a certain segmented audience and form assumptions regarding which data set fits in a particular demographic. The data can then be used to target you with ads or, worse, cyberattacks.

Our digital experiences may seem like naïve interactions, but they have a deeper link with other elements. Holding the state accountable is an ineffective and strenuous process. At the same time, a person alone cannot challenge these deep-rooted practices but you can certainly take individual responsibility for your online privacy.

As privacy has become a luxury in today’s highly surveillance era, it’s only wise to gear yourself with privacy tools that augment your online security and privacy on the web. Use a VPN to cover your digital tracks and stay under the secure umbrella of encryption.

data privacy
Ather Owais Ather Owais is a tech and cybersecurity enthusiast. He is a strong advocate for online privacy and security, following technological trends and their impact on today's digital era.