Discord virus isn’t just capable of ruining your online gaming experience, but it can also make you vulnerable on the web without you having any clue.

What is Discord Malware?

Discord is a free VoIP online chat application that allows you to share text, audio, and video. The platform is explicitly designed for gamers, schools, and businesses. However, it is most popular among gamers due to its interface and the options it offers.

With over 250 million users, Discord attracts gamers and hackers who use the platform for no good, such as to spread malware. On Discord, one must be cognizant to avoid the Remote Access Trojan (RAT).

How does a hacker spread malware on Discord?

The most common method hackers use to distribute malware is through malicious links. When RATs install on your device, they gain administrative rights without your approval. The malware can then spy on your online activities, can steal your banking data, user token, activities on a Discord server, and Discord channel, client files, activities on chat service, and may even make changes on your device. All this via this uprising hacking tool.

What’s shocking is that the malware is smart enough to install additional malware on your device that can further make things worse for you.

How does a Discord malware infect you?

Discord malware comes in all shapes and sizes, and each malware has its unique way of spreading and infecting your devices.

A corrupt installation file can allow a remote cybercriminal to gain administrative rights. When you launch the file, the malware will install on your device, giving the hacker easy access to your Discord data by gaining access to user tokens.

If you haven’t updated your antivirus software, it probably won’t recognize the corrupt code. However, when Discord is updating (which it usually does each time you open the app), it can detect that someone modified the files and warn the user.

In an event where you have more than one line, it’s an indicator that the files have been compromised. What’s the solution? Uninstall the Discord version you have on your device, delete all package contents, and download Discord from their official website. By downloading from an official source, you will minimize the possibility of getting malware.

Downloading social apps from their official source is one way of preventing malware on your device. However, Discord can itself be targeted and become a source for malware. While Discord employs strict filtering of malicious files and warns users if they are infected, the platform isn’t foolproof to emerging malware and threats.

Apart from malware, there’s an element of threat from social engineering techniques such as phishing and smishing links via direct messages, bait-and-switch ads. You can minimize these risks by:

malwarevirus
Ather Owais Ather Owais is a tech and cybersecurity enthusiast. He is a strong advocate for online privacy and security, following technological trends and their impact on today's digital era. 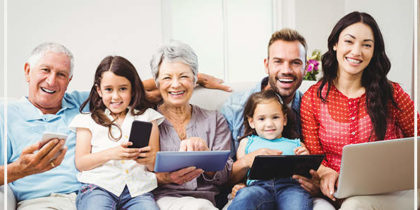 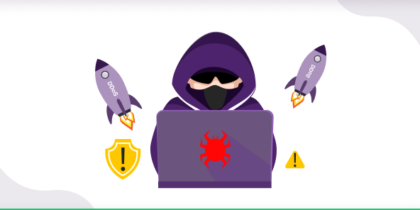