Discord vs Skype: Which Is The Better VoIP Service For You

The current lockdown as a result of the COVID-19 epidemic has forced millions of employees to start working from their homes. As such, employees have had to rely on VoIP apps more than ever before to maintain communication with their colleagues as well as their clients. However, which would be the best VoIP app to use? That debate boils down to Discord vs Skype.

“Is Discord better than Skype?” or “Is Skype more secure than Discord?” Users may wonder such questions when deciding which one of these to use. These two VoIP apps have completely different backgrounds as well as target audiences. Nevertheless, they both offer similar sets of features that users have come to expect from any of the top VoIP apps.

Here’s a comparison of Discord vs Skype across 5 essential categories to help you decide which one suits your needs better.

In this Discord vs Skype category, the winner is clearly Skype.

Considering how important screen sharing has become in the current Work from Home (WFH) scenario, both services offer decent support.

Skype offers users the chance to share their screens on both audio and video calls. It is simple to do so as it requires a single click to start sharing your screen. At the same time, you can simply take a screenshot as well.

Comparatively, while Discord also offers the screen-sharing option, it is much more thorough and customizable. For instance, you can choose whether you want to share the entire screen or just a specific section of the screen. However, there is one serious drawback as you can’t share your screen on voice calls.

Skype offers simplicity while Discord offers more customization albeit with screen sharing limitations on voice calls. It’s a close call but I’d say Discord edges this one by the slightest of margins. 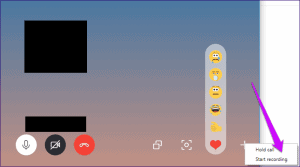 Now, users can start recording their audio and video calls by simply clicking on the “+” icon and selecting “Start Recording”. It works the same way on Skype’s mobile version as well.

On the other hand, users on Discord can still record calls if they use the OBS third-party app. However, considering Discord’s past controversies with data breaches through third-party apps, I’m not too keen on recommending this option to users at all. 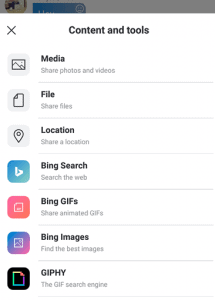 Discord comes with an 8MB limit for free users. Nitro users can upload files of up to 50MB. Considering a Nitro account costs $4.99 per month, it becomes clear that Skype takes another major lead in this Discord vs Skype comparison. 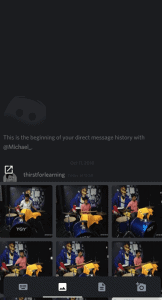 Discord does offer users to use external cloud storage platforms. However, it is not as streamlined as with Skype as you will have to use a bot to create shortcuts when uploading files that exceed these storage limits on Discord.

Both Skype and Discord differ in terms of their interface. Skype has historically followed a minimalistic outlook and interface. Over the years, it has come up with different additions and features that make it an incredibly easy app to use. It has traditionally been a business tool that is the perfect option in terms of making landline and international calls. Similarly, Skype is compatible with several business suites of apps that make it easy to streamline your tasks.

On the other hand, Discord is visibly more complex and not as easy to use as Skype. The reason for this is that unlike Skype, Discord isn’t just a VoIP app. It is used by gamers and streamers when streaming their gaming sessions as well as fan clubs that share interactive content. Unlike Skype, Discord aims to position itself as a place for friends and fans to hang out on an online platform.

I’d have to say that this category is a tie since they both have something unique to offer for their specific audiences. Depending on which category you fall in, either of these apps would be good to use.

Skype and Discord are VoIP apps that cater to the needs of different audiences. As mentioned above, there are commonalities and differences that highlight whom they cater to. However, both these apps come across as “lacking” when it comes to the privacy of their users.

There have been past reports of both Skype and Discord users have had their locations, as well as important communications being leaked. Privacy is a blind spot for both these apps. Keeping that in mind, I’d recommend users to have a reliable VPN like PureVPN connected before using any of these apps.

PureVPN’s AES 256-bit encryption guarantees privacy for users during their communications while boasting more than 6500+ servers in 140+ countries to make sure you never lose access to any of these apps because of local regulations.

discord or skypediscord vs skypeis discord better than skypeskype vs discord
Yasir Nawaz Yasir enjoys reading and writing about the latest developments in the world of AI and cybersecurity. A firm believer in the right to digital privacy for all, he shares his thoughts on issues both controversial and menial. His other interests include chess, reading, and looking to the horizon in his best Luke Skywalker impression.