Everything You Need to Know about HBO Max

EntertainmentMoviesEverything You Need to Know about HBO Max

Earlier in 2019, we saw some pretty big names in the entertainment industry who announced their premium streaming services. Both Disney and AMC are coming out with services that are going to run similar to Netflix and Amazon Prime and will feature both exclusive and mainstream content for its viewers to enjoy. And well, after a recent media event, it seems HBO is joining the ranks with its upcoming streaming service, HBO Max.

CNN’s parent company, WarnerMedia, came out with an announcement during a media event hosted by Warner Bros. studio in Burbank, California, which put the spotlight on its upcoming streaming service, HBO Max. Prior to the media event, not many knew about HBO Max, and those who did only knew about a few minor details here and there.

However, all of this changed during the announcement. WarnerMedia’s CEO, John Stankey, who was accompanied by WarnerMedia’s chairman of entertainment, Bob Greenblatt, brought to light many new details about HBO Max.

So, those of you who might have missed the announcement, here is a breakdown of everything you need to know about HBO Max.

What Is HBO Max? 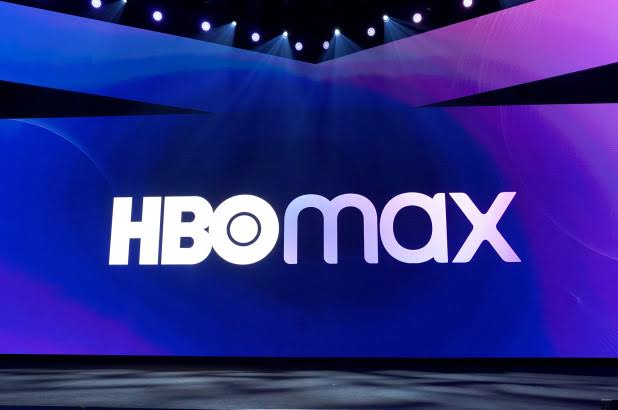 So, what exactly is HBO Max? Well, according to Greenblatt, HBO Max is an upcoming streaming service that is going to offer its subscribers over 10,000 hours of content, which includes both TV shows and movies, along with HBO’s entire existing library. He went on to add that the service is also going to come with exclusive content, out of which 31 Max original series have already been announced for next year.

Furthermore, since HBO Max is a streaming service by Warner, it is going to come with all of Warner media entertainment assets. This includes Warner Brothers, CNN, TBS, TNT, TruTV, and obviously, HBO, which all together, on a single platform, is going to be quite impressive.

When And Where Is It Launching?

According to the announcement, HBO Max is going to be release on 27th May 2020. The streaming service is going to release in Latin America in 2020 initially, and it is later going to be introduced in parts of Europe in 2021. Other countries will have to wait a little longer, but WarnerMedia confirms that they are going to be expanding soon after the release.

How Much Will HBO Max Cost?

HBO Max will launch at a prize of USD 14.99, which is the same amount you pay for when you subscribe to Netflix. However, with other new streaming services coming into market like Disney+ and Apple TV+, which are being offered for $6.99 and $4.99 respectively, there is a chance we might see a price drop when the service lands.

Yes. HBO Max is kind of similar to HBO Now. However, HBO Max will offer extra shows, programs, and movies. As HBO Now are the same, the only difference between them is the subscription method. Here is how it works:

The best part is you can easily watch HBO Max without any extra cost if you are using HBO Now. To make a long story short, if you are already watching HBO Now then switching to HBO Max will be easy.

No. HBO Max is different from both AT&T TV and AT&T TV Now.

AT&T TV is a VOD cable subscription that you can access via the internet. You can watch multiple channels and DVR on AT&T TV as well as access Netflix and Pandora. To become an AT&T TV subscriber, you have to use a streaming box and pay $50 every month to watch all channels.

AT&T TV Now is a skinny-bundle streaming service the same as DirecTV Now, YouTube TV, and Sling TV. You can watch over 45 live channels on AT&T TV Now but you can’t access Netflix. To become an AT&T TV Now subscriber, you have to pay $55 every month to watch all channels with no streaming box.

How do I get HBO Max on my Streaming devices?

What if I am already using HBO services?

The good news is you can unlock HBO Max for free if you have an HBO or AT&T subscription. Plus, every Charter’s HBO subscriber can get free access to HBO Max as HBO services made a deal with Charter in April. However, there are still doubts about HBO Max’s subscription plans. Some subscribers can watch HBO Max for free, while others have to lock in for a 1-month or 1-year trial.

HBO Max is going to add in over 10,000 hours of video content, which is going to include everything from mainstream TV shows and movies to exclusive HBO originals. Though the complete list of content has yet to surface, some have already been announced. For more information on that, check out the list below:

You can download movies and shows on HBO Max to watch it later. Like Disney+, you can use a PIN code on HBO Max to create a private profile, access parental controls, and watch genre-specific content. Also, there is a co-viewing option where you can check the homepages of your in-home HBO Max subscribers.

Moreover, HBO Max will show you a list of popular movies to watch recommended by top-rated actors and influencers. This is far better than Netflix’s auto-generated recommendations that you might come across every time you launch the app.

HBO is home to some of the best shows like Game of Thrones, Westworld, and The Wire. HBO was ruling the entertainment industry many years ago and still has the potential to compete with new streaming services such as Netflix or Disney+. HBO has been gaining traction with binge-worthy TV shows such as Watchmen and Succession.

This is the reason why HBO Max can be the next BIG thing in the streaming industry. HBO Max will be offering a wide range of fresh content as well as classics to stay ahead of Netflix. However, nothing can be said for certain. As people switch between different streaming websites, HBO Max is still going to be an amazing streaming service for everyone.

What the Downside for UK Subscribers?

Sadly HBO Max will not be available in the UK even though Sky and Warner Bros made a new deal back in October 2019. Although HBO’s most awaited shows, House of Dragon (a prequel of Game of Thrones), will be available on Sky, UK subscribers won’t get access to HBO Max. You can use your Now TV subscription to watch HBO movies if you are in the UK. Or, you can use PureVPN to get access to HBO Max from anywhere in the UK.

So Should I Get HBO Max?

HBO Max is not launched yet but based on the information we have it is going to outshine HBO Now. As the subscription plan is similar to HBO Now, there will be more content on HBO Max than the current HBO service. And HBO is putting great effort into this launch to turn every HBO subscriber into an HBO Max subscriber. You would be  saving money and getting access to more content with HBO Max.

HBO Max is limited when it comes to compatibility. HBO stated that subscribers can watch HBO Max on tablets, phones, game consoles, Mac, PC, and media players. This is good news for cord-cutters as well as for HBO subscribers who don’t need a different subscription plan. Here is a list of compatible devices with HBO Max.

That is it for now. But, stay tuned as we are going to be bringing you more information about HBO Max. Until then, comment below and let us know what you think about this upcoming new streaming service. Do you think the price is right should it be a little more competitive with Apple TV+ and Disney+?

What is Spotify and How Does it Work?