Each crisis brings an opportunity for those that are clairvoyant enough to see it. The current COVID-19 epidemic ravaging the world is proving that to be true. The chaos and pandemonium caused by the virus are undeniable. This virus has forced the entire world to rethink how it works, travels, and communicates. That last part is where Facebook and its new Messenger Rooms aim to excel.

Naturally, technology has been the saving grace over the past few months. As the virus and its impact grew worse, both multinational corporations and small to midsize enterprises alike globally initiated work from home protocols. Teams and individuals have had to rely on conventional video conferencing apps like Skype, Google Meet, Microsoft Teams, and Zoom.

While all of these apps have been more or less successful in catering to their users’ needs, all of them have certain flaws of their own. From questions over security and privacy to accusations of storing user data. Facebook Messenger Rooms is meant to provide a more stable and user-friendly alternative.

Since Messenger Rooms went live in early May, users have been wondering exactly how to make most of the new app. This basic guide is meant to answer some of the fundamental questions that most users are likely to have.

How to Set Up New Messenger Rooms

If you have an active Facebook account, you have probably received a notification asking you to check out the “new Messenger Rooms” feature. While most of the features that Messenger Rooms provides are accessible on other platforms too, its main value proposition is ease-of-use. Why download and sign up for a different app for a business meeting when you can simply do the same from your Messenger, as well as inviting people that are not on your friends’ list? Moreover, you can even invite people that don’t have a Facebook account.

While the process to start using the app is fairly simple and straightforward, the interface and options differ based on whether you’re on a desktop or a smartphone. So, here’s how you’d start setting up Messenger Rooms on both platforms.

It doesn’t matter if you’re using Android or an iOS device, the process to set up Messenger Rooms is the same. 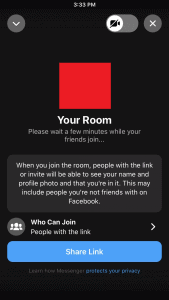 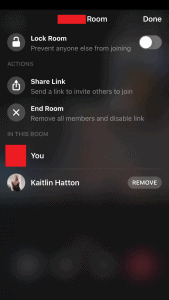 Creating Rooms is just as easy while you’re on a desktop. 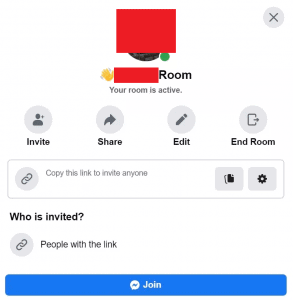 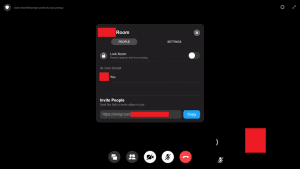 How to Join Messenger Rooms

Joining Messenger Rooms is a lot easier than creating one since it’s the same on both desktop and smartphones. Once you’ve received an invite link, click on “Join as [YOUR USERNAME]”. It is important to note that as of yet you can only join Messenger Room if you have an invite link.

The options and controls you have within a room are fairly easy. If you’ve been regularly using the Messenger app then these won’t pose any significant hurdles for you. Some of these screen buttons and options include:

If you’re hosting Messenger Rooms, then you have the option of locking the Room. This would mean that even if someone had the invite link, they wouldn’t be able to join. Some other options that you’ll find useful include the screen-sharing mode that allows a user to share their screen. There’s also an option to take a quick screenshot of your meetings and screen-sharing if you want.

Facebook’s past controversy with regards to privacy has been well-documented. It’s enough of a deterrent for several users to steer clear of this service. However, Facebook CEO Mark Zuckerberg admitted past shortcomings and vowed to learn from its own as well as other video conferencing tools’ past mistakes.

Facebook’s Messenger and WhatsApp are popular enough, with nearly 700 million people making audio and video calls each month. As Facebook revealed in a press release, these numbers have multiplied since the lockdown began.

Facebook seems to have initiated some concrete steps to ensure the protection of privacy for all its users. Rooms can be reported if found violating Facebook’s community rules. Furthermore, the ability to start or end a call can only be done by the Room’s creator. These are just some of the privacy-oriented steps taken by Facebook to ensure that its past shortcomings don’t stifle Messenger Room’s reliability.

Add Security from Your End

Only time will tell if Facebook’s claims of providing absolute privacy to its users were valid or not. However, Facebook’s record makes it hard for users to completely rely on its assurances.

Keeping that in mind, I’d suggest using a reliable Facebook Messenger VPN. A Messenger VPN doesn’t interfere with any of its functions but helps obfuscate your location, keeping you safe from prying eyes. PureVPN has been consistently ranked as one of the best Messenger VPN options as evident through its 4.7  stars on Trustpilot.

PureVPN adds a potent layer of anonymity to your connection and gives you a much safer experience on Messenger Rooms, so you can chat with anyone you’d like with total assurances that you will do so safely and securely.

Facebook messenger roomsfacebook messenger vpnMessenger Roomsmessenger vpn
Yasir Nawaz Yasir enjoys reading and writing about the latest developments in the world of AI and cybersecurity. A firm believer in the right to digital privacy for all, he shares his thoughts on issues both controversial and menial. His other interests include chess, reading, and looking to the horizon in his best Luke Skywalker impression.

How to Watch Formula 1 Live Online

How to Fix Slow Buffering Despite a High-Speed Internet