The 10 Best Free Voice Changer for Discord in 2021

Discord’s rising popularity among gamers and streamers in the past few years means that everyone is developing apps for the platform to further enrich the user experience. Ask any popular streamer and chances are they’ll list using the best voice changer for Discord as an effective way to gain viewers and protect yourself on the app.

Clownfish should definitely be on the top of your list. Contrary to most other options on this list, Clownfish has an extremely basic UI meant to keep things as simple as possible.

The lack of sophistication may prove unattractive for some of the more seasoned streamers but the average Discord user will find it to be both fun and easy to use. There’s no fee necessary to use Clownfish and it can be used on all versions of Windows. 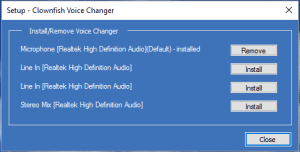 Unfortunately, it does not offer a wide range of support for different accents. Chances are you may find yourself repeating yourself multiple times if Clownfish fails to recognize your speech.

MorphVOX enjoys a reputation as perhaps the most versatile voice changer for Discord. The plethora of features on offer set it apart from some of the other names on this list. Despite offering users thousands of effects and built-in sounds, the voice changer uses very little bandwidth.

Similarly, MorphVOX offers users dedicated shortcuts. This makes using the app easy across all your devices without having to adjust it accordingly. 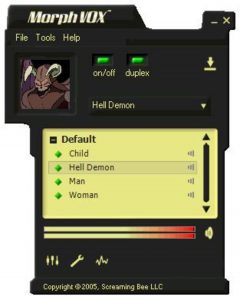 However, its price of $20 per month to use may seem a bit too steep. Despite offering so many features, its UI remains clunky and something reminiscent of the early 2000s.

VoiceMod works well across the board. I can’t say there’s any area where it has a definitive edge over the others but there are no glaring downsides to it either. As a voice changer for Discord, it can be called the jack of all trades.

Users get all the necessary features such as real-time voice changing, recorded voice change, and preset voice changes. Similarly, users can use the voice change option on live-chats and streams as well. 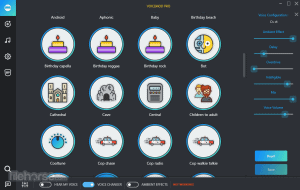 There was one thing that I wish they would fix, and that is, textual mistakes on their website. This has nothing to do with their service, but the number of proofreading mistakes I found on their website was a bit troubling.

On the surface, Voxal would seem like a top tier Discord voice changer option. However, that’s not the case once you actually start using the app. Of all the names on this list, Voxal was definitely the one that disappointed me the most.

Although the interface seems simplistic and easy to use, the free version is next to useless. It limits how long can you use the voice changer and all other options are locked off until you buy the paid version. 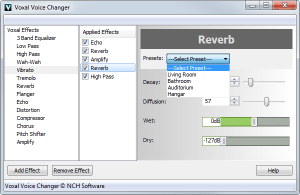 Moreover, when I did buy the paid version, Voxal seems to lack compatibility with some Steam games. And finally, the voice changer may automatically stop working if you try and use too many effects at once. As a paid service, I’d expect software that runs smoothly without issues, but that wasn’t the case.

I’m not going to lie its generic name means I had to spend a lot more time searching for this then I really should have to. However, after only a couple of minutes it became easy to see why Discord Voice Changer is so highly rated.

As far as compatibility with Discord goes, it is the best voice changer for Discord. It allows you to automatically start the app whenever Discord is launched. Furthermore, you can create and choose between multiple profiles and use them with ease on Discord.

However, I did have trouble installing the app as the original developers, Ovia Games, have gone out of business. The software still gets updates but there is no information about where the updates are coming from. I’d recommend shutting these updates off entirely.

Contrary to what the name suggests, SuperVoiceChanger is actually an extremely lightweight tool. I was surprised at the low amount of CPU power it uses considering the amount of deep customization available.

The quick start option means that it is easy to use multiple profiles on different channels simultaneously. Overall, SuperVoiceChanger is definitely a viable and user-friendly voice changer for Discord. 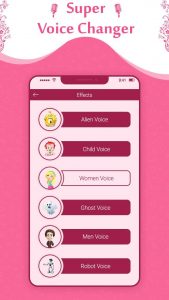 However, there’s no dedicated FAQ or help section. This means that I had to figure out what some functions do on my own. That wasn’t that hard to do but an FAQ section could be extremely helpful in such a case.

There are 3 different paid versions as well as a free trial option. However, all of these paid options are far too expensive considering what users get in terms of functions.

I’d have placed RoboVox a lot higher but there are some severe privacy issues with it. Within a few minutes of using the service, I started getting targeted ads. This is probably one of the few services of any kind where even the paid version doesn’t mean you’ll stop seeing ads. (Tip: Jump to the bottom of this article for a workaround and a way to further maintain your privacy online.) 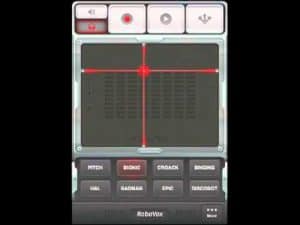 On the features front, there’s nothing unique that RoboVox has to offer. Almost all RoboVox’s features are available on the other voice changer for Discord options listed above. To top it all off, when I attempted to download the download file, I got a malicious file warning.

As a stand-alone app, Voice Changer with Effects is actually a really good app, even with that generic name. However, it offers dodgy compatibility with Discord. This and the fact that it was designed as a smartphone app means that its desktop version is unstable and frequently crashes.

As I said, it’s a fun app to use on its own but I’d only use it on Discord if I was completely desperate.

Well, if not anything else, at least Voice Changer wins the “most generic app name” award. But I’ve placed it so low on this list for more than just its name. It is mind-numbingly complicated to use this app with Discord as you have to allow the website access to your microphone. Afterward, you need to manually redirect the output into the Discord system.

Considering how easy it is to use each one of the other options listed above, there’s no reason why any user should opt for this Voice Changer over others.

As I mentioned earlier, voice change is a fun and somewhat effective way to protect your identity online. However, it is still far from being absolutely private and secure if that’s what you’re after. In that case, only a VPN like PureVPN will successfully mask your identity while you’re on Discord. Its 2,000+ servers in 140+ countries in addition to AES-256-bit encryption offer users complete assurance about complete privacy while they stream on Discord.