French Grand Prix is here again which returned to F1 calendar after 10 years. For many of the young F1 fans who missed last years race, Le Castellet will be something new, while veterans know the glorious moments at the Paul Ricard Circuit as the track is back after 28 years.

🏎🏁🏆 Get PureVPN and enjoy all the races with ad-free ultra fast streaming. 🏎🏁🏆

Below is the schedule of Grand Prix de France 2019.

Like myself, many of the F1 fans like you will be looking forward to watch French Grand Prix live online. The only issue is the availability of official broadcast in your country or the country where you are travelling. I have compiled a channel list and some streaming tips for Formula 1 2018 season, you can check the F1 Live Streaming Guide here.

You will just need to install PureVPN on your device and then connect it to the country server of your choice to access the channel. For e.g. if you want to access Sky Sports outside UK or TF1 outside France, you will need to connect to UK server for Sky Sports or French servers to access TF1 from anywhere.

Pick Your Channel and Proceed to Order PureVPN

Next Sunday – back in the south of France at Circuit Paul Ricard 😍#F1 #FrenchGP 🇫🇷 pic.twitter.com/xUbGtjGQ3Q

Facts about the Circuit Paul Ricard

Here are some interesting facts about Circuit Paul Ricard: 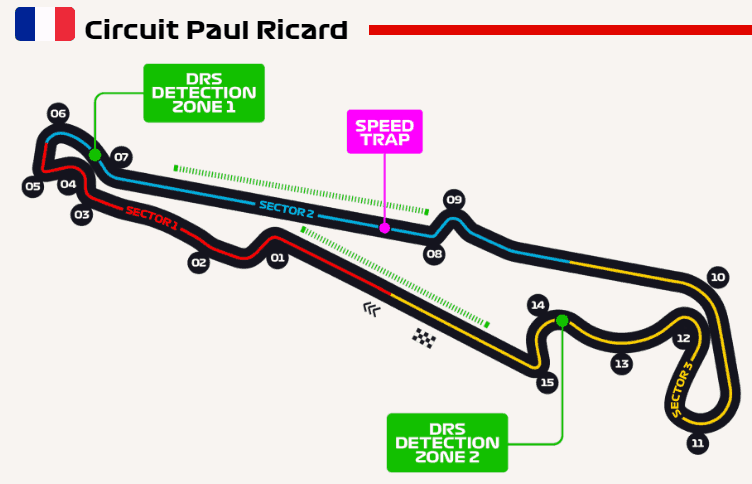 Here is the review of Formula 1 French Grand Prix 2008

So, will it be your first French Grand Prix or you have witness the previous decades of thrilling races, this time there will be something new which all the F1 followers will enjoy. Get prepared now, will streaming set ups on your devices along with PureVPN to avoid any hassle at the last moment.