How Can We Secure 1.08 Billion Smart Phones??

How many of you actually remember about the first mobile phone you used? Almost everyone!! Seldom have we forgotten some momentary inventions like, evolution of internet-starting from dialup to Wi-Fi, then hotspots, and net cafes; and evolution of telephones to mobile phones, and then to smart phones.

Where human is still surprised on his abilities of inventing and discovering new things, it has become almost inevitable for him to keep his privacy intact. Privacy in terms, of defining the boundary between what he wants to show as his public life, and what would secure him from letting others interrupt in his affairs. For either of the zone, one notion is quite clear. He wants to practice both ends, remaining in the circle of facilities these evolutions have brought to him.

Statistics show that out of 4 billion mobile phones in use, 1.04 billion are smart phones. In other words, smart phones have penetrated mobility very deeply in the lives of people. Justified as its use is, we all want agility in our lives. Gone are the times, when we would want to take notes using pen, or simply call a friend to ask the route, or would want to keep our social life restricted.
As much as the social media has contributed in the market of smart phones, it’s wiser to say that smart phones have helped people to be wherever they want to be in the capacity of their own choice.

They say, a lot of freedom gives birth to the constant threat of security. And how practical would that be today? Most of us would agree that internet has its own swooping issues when it comes to privacy. We’ve all heard of such terms like intruders, network protection, theft, phishing etc. So its existence cannot be really questioned. But surprising is the fact that out of that the ration of people using mobile internet has increased from 400 million people in 2007 to 1400 million internet users in 2012.

Exactly…Now you can question the security of internet on cell phones. How many times do you think about security, when turning on your GPRS, or connecting to an unknown Wi-Fi??? Well, we’ve been too prone to technology that we tend to perform important tasks, like answering work emails, being connected to unknown sources. One half of the local internet searches are performed using smart phones. We tend to forget that down the stream, some intruder might be interrupting into your privacy.

With the evolution of same technology it’s been pretty easier to do that, leaving space for a million of users to take the advantage of your facilities by using unfair means.

Which Option Will You Opt?

If you’ve been in amidst of confusion questioning your privacy by now, then you should look for ways that we’re about to show you. These are the evolving solutions of securing your smart phones.

Ever heard of the term, antivirus software, or the anti-malware software???
I am sure; you have, because if you haven’t then my friend, you should read our previous posts to get yourself updated in detail…but as a quick sneak peek, an anti-virus for smart phone lets you protect your system, or computer device from being infected from viruses, and threats, which occur to you while downloading, streaming, or accessing some causal browser content.

Many of us are reluctant of shelling out some decent cash for this kind of software. Plus, there’re a lot of threats that your antivirus won’t defend for e.g. it will never sustain your previous security deficiencies.

This software will only protect in the shadow of firewalls, and gateways. And now, that’s not what we want. We want our office zone to be with us, while travelling, in a hotel, café, or hotspots, in case of every emergency.

Haven’t had enough?? Then this should blow you away that a small unwatched vulnerability in an application, browser or operating system of your smart phone can lead to huge problems with your security, and the software itself.

Have you been worried that security issues pertaining to smart phone might leak your personal information?? Or your identity is threatened by your smart phone?? Then your worries are ultimately worthy!!

Using anti-identity theft software will let you protect your identity and personal information so you can work from home, access your credit cards easily and make payments conveniently. But is it the perfect solution for your smart phone??

Indeed not! Anti identity theft software has more or less same issues, as the antivirus and antimalware solutions have!! They fail to fight the cheetah system optimization wizards, and you still fall in the trap of leaking your identity to the intruders. 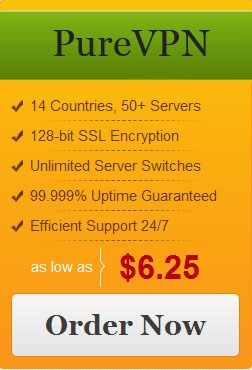 A VPN, or Virtual Private Network for your smart phone, provides you with complete anonymity on the internet. Well, its main service to you isn’t hiding your identity, but to keep the intruders away, and protect your network.

Your data transfer totally works on the encryption mechanism. That is why it is justified as the most trusted solution in terms of data protection and privacy.

Your smart phones are an asset and mobility your ultimate way to be successful in this competitive world. Don’t let your money go astray in search of solutions that will ditch you at the end of the day. Trust on the reliable VPN solution for your smart phone which will give you a secure internet connection, with high bandwidth, and will keep the life your smart phone intact.

secure smart phonesmart phone vpn
PureVPN PureVPN is a leading VPN service provider that excels in providing easy solutions for online privacy and security. With 2000+ servers in 141+ countries, It helps consumers and businesses in keeping their online identity secured.

5 Reasons Why You Need to Get Your System Hacked

How to Move Steam Games to another Drive