How to Avoid Tilt  In-Game – Don’t get Mad, Just Frag

After a stressful week, when you finally sit down on Your PC or Console in the comfort of your own chair on the weekend, log in to your steam account, psyched to play a game of league, CSGO or whatever floats your boat, you may find yourself blinded by rage and poor gameplay decisions as the opposition crushes you.

All that excitement goes to the drain when you start cursing at your teammates, creating a very toxic vibe. You are experiencing something called “Tilt”.

What Is Tilt and Why Should You Care?

The term “Tilt” was derived from poker and refers to emotional stress and confusion. When we talk about gaming, tilting could be when one makes irrational decisions due to, let’s say, extensive loss streaks, resulting in an aggressive manner.

Players play the game carelessly when they are tilted as there is no logic or reasoning to the decisions they are making due to, well, rage.

Why Do Gamers Become Salty when they Tilt?

The first thing to know is that EVERYBODY Tilts, even the Pros in a competitive game, it is just human nature.

Tilt is caused by something called ‘amygdala hijack’. Amygdala is a set of neurons located deep in the brain which is responsible for the processing of emotions.

Here is how it works. Imagine losing 3 games in a row because some toxic player starts griefing and the same situation happens as soon as you start your 4th game.

Now imagine losing a consecutive promotional game the same way you did before. You are probably going to want to smash your keyboard, or already have.

What happens is that you snap into another state of mind, be it panic, anger or stress. This mechanism is called “Amygdala Hijack”.

Getting out of this state is quite hard, especially when the trolls are in your face. 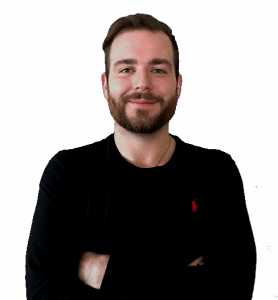 We reached out to known gaming experts and @Hambinooo (A well-known PUBG Streamer on Twitch) was kind enough to share a tip with us. Here is what he has to say.

Once you become tilted, performing afterward will inevitably become harder. Keep a calm, open, analytical mind to fix your mistakes and improve in future matches!

Ron Rambo Kim, A famous YouTuber, and former Cloud9 CSGO pro-player also shared on how he deals with tilting while gaming. 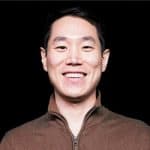 For me personally, my mood, state of mind, and energy levels are the most influential factors of how susceptible I am to tilt. When gaming or doing any activity in general, if I’m well-rested, in a peaceful and calm state of mind, nothing phases me!

What Happens when you Tilt?

Tilting is a vicious cycle.

You want to make up for your mistakes or get back at an opponent which forces you to make aggressive and bold plays which in your head turned out to be different. Unfortunately, you get punished for a careless play and go on Tilt.

The moment you start tilting, you instantly take it out in the form of slamming the desk, smashing the keyboard, breaking your mouse or raging on the teammates instead of trying to contain yourself.

How to avoid Tilting and Take Control of your Emotions?

As cliche as it may sound, success or failure is never a matric to determine one’s ability. It is the person who learns from their mistakes and tries to be a better version of themselves.

Recognize and acknowledge your tilt triggers and take control of your emotions so that you are able to make more rational decisions, no matter what the outcome of that action.

Gaming
PureVPN PureVPN is a leading VPN service provider that excels in providing easy solutions for online privacy and security. With 6500+ servers in 141+ countries, It helps consumers and businesses in keeping their online identity secured.