How to Watch Riverdale Season 3 Online?

Based on the famous comic series, Archie, yet set around a much darker plot, Riverdale is an American television series adapted by The CW. Riverdale fans have enjoyed the entertaining content provided by the show and left the fans wanting more – the third season aired a mid-season finale on December 12, 2018, and is now returning with new episodes on January 16, 2019.

Netflix users from around the world can hardly wait. Season 3 was an absolute binge-watch and fans loved it. To spice things up, Roberto Aguirre-Sacasa, who runs the show, hinted at the many surprises hidden behind the curtain.

When asked about his thoughts on Riverdale, he said “The second half of the season two gets back to a little bit of Riverdale basics which is focused on stories at the school, kind of getting back in deep on the relationships and the friendships. There’s still going to be a pulpy noir element to the second half, but there will be a resurgence of high school hijinks.”

What to Expect in Riverdale Season 3?

The promo for the upcoming episode of Riverdale Season 3 has managed to get our hopes higher. It picks up from the same dramatic pace where it left in the mid-season finale. Riverdale was in quarantine as the management was on high alert. While the whole school was under quarantine, Archie and Jughead were left outside.

In the latest episode, Archie will return to confront Hiran, which makes us doubt Hiram’s future in the series. Will this season be the one where Hiram leaves?

Hang in there, #Riverdale will be back soon. New episodes return on The CW beginning January 16. pic.twitter.com/OoZsdkWgTW

Meanwhile, Veronica and Reggie may continue seeing each other, their chemistry seems to be ongoing through this episode, and maybe throughout the season too.

Would a Veronica and Reggie hookup be a good thing for #Riverdale? https://t.co/hgSIWwR5j6 #Veggie pic.twitter.com/EcIRdC8lBE

Have you seen the promo for the upcoming Riverdale episode? We think it’s great and if you haven’t seen it, you should do it right away.

So far, the season has aired 8 episodes and is now currently on a mid-summer break.

In the events leading to the mid-season finale for season 3, we saw a lot of things falling apart. Veronica recruited Reggie so that she can take his help and investigate her dad’s Fizzle Rocks scheme. The school administration learns about it, and puts the security on high alert, which was expected especially after the incident with Vixens.

After discussing things with Cheryl, Veronica concludes that her father wants to get Riverdale High to shut down, just like he did before. They team up and aspire to get to the bottom of everything. 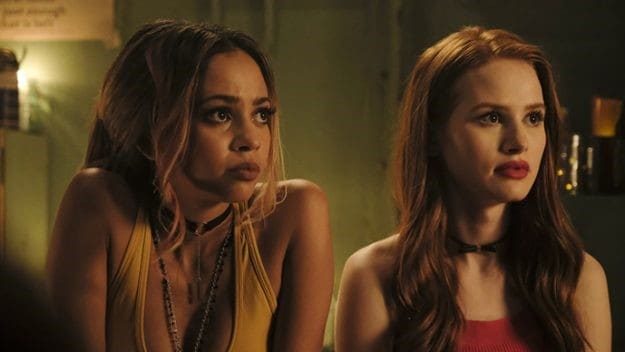 Meanwhile, Reggie declared that Fizzle Rocks were originating from a prison built on the land where Southside High once existed before Veronica’s father plotted and shut it down. When Veronica learns this and tells others, no one believes her except Cheryl.

How to Watch Riverdale Season 3 Online?

Fans of the show in the UK are as desperate for the second half of season 2 as the rest of the world. Normally, they should be able to stream all the new episodes just a day after their air in the US. The episodes will air on Wednesdays on TV channels and will become available on Netflix on Thursdays.

If you are among the desperate fans who live outside the US and cannot wait for a day, you are in for some great news. You can watch Riverdale the very same day it airs in the US, and that too at the exact same time – no delays. Just follow the guide below and watch Riverdale before everyone else!

PureVPN is the best streaming VPN that you can get your hands on. It has more than 2,000 servers in different locations around the globe, each of them highly optimized for streaming. Due to an extremely sophisticated network of highly efficient servers, PureVPN users can access location-locked content such as Riverdale from anywhere in the world.

With PureVPN, streamers can evade all problems that can ruin their streaming experience. For example, with PureVPN, you can get rid of issues such as ISP throttling, IP blacklisting  and cyber-attacks, something which is extremely common with streamers these days. 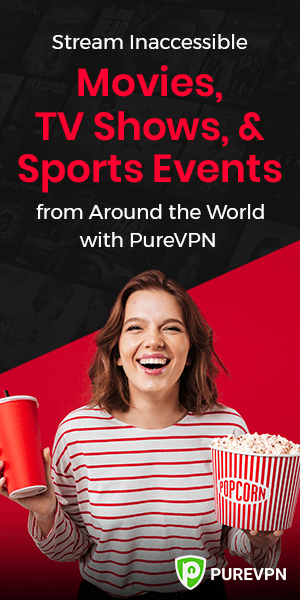 Best Easter Movies to Watch In 2020

How to Fix Netflix Proxy Error in 2020