One of the biggest music nights is just upon us. So, mark your calendars because the Grammy Awards will broadcast live on February 6th this year. While the broadcasting channels are not accessible every year, you will be needing a premium VPN like PureVPN to be able to watch the award ceremony from anywhere around the world, including Europe.

Stay tuned to our blog to know how you can watch the Grammy Awards 2023 in Europe so we can together celebrate the musicians and artists while being at home!

You can watch the Grammys on CBS if you own a cable network. Alternatively, you can stream live the Grammys on Paramount+. But, since this streaming platform is only available in certain regions due to its geo-restrictions technology, you will need to use a VPN like PureVPN to bypass the channel’s geo-blocks and watch the Grammy Awards 2023 in Europe

Here’s a how you can do that:

What time will the Grammy Awards 2023 air?

When and where to watch the Grammy Awards 2023?

The 2023 Grammy Awards will commence on February 5, 2023, and it will air live on CBS. The awards are being held in Los Angeles at Crypto.com Arena.

So, if you want to watch the Grammy Awards but do not have a US cable subscription, fret not! You can watch it on a variety of platforms to not miss out on a single second of the event. Paramount+ could be a viable platform for the Grammys, because it is the most affordable. Additionally, YouTube TV and Hulu are reliable alternatives.

Nevertheless, you will always have to use PureVPN to connect to a US server and watch Grammys live. Once, you are done with that, you can always select the streaming platform of your choice:

Why do you need a VPN to watch Grammys online?

Streaming sites like Paramount+, YouTube TV, and others have strict agreements with certain countries that allow them to show the event. This is done to ensure that the rights to show the event are regulated and protect the musicians’ distribution arrangements. These streaming sites block people from watching the show if they’re not in the approved countries.

Unfortunately, you will be geo-blocked by the streaming services telecasting the show in the US. So, the best way to watch it in Europe is by changing your IP address through a VPN, such as PureVPN. It switches your IP address to an American one, so you can bypass the channel’s geo-restrictions and watch the show from France.

Why you shouldn’t use Free VPN for streaming the Grammys

There are a few decent free VPNs available on the market, but none of them can reliably unblock the Grammys, and utilizing other services could put you in grave danger.

Since streaming platforms are aware that fans may use proxies or VPNs to circumvent location restrictions, they are always on the lookout for common IP addresses. While premium VPNs update their IP addresses frequently to get around these blocks, free VPN providers typically lack the resources to do so. This means that you will still get blocked from accessing Grammys even with a free VPN. So, what’s the point?

Moreover, even if you find a free VPN that occasionally allows access to a platform that broadcasts the Grammys, the service limitations imposed by free VPNs make them terrible for streaming. Due to the strict data caps of the services, you could only stream for a few minutes before reaching your monthly limit. Even worse, these services would bombard you with obnoxious advertisements and are so sluggish that the stream would buffer every 10 seconds or so.

In addition to performance issues, many free VPN services profit illegally from your data. They frequently sell your personal data to advertisers and other third parties. Others even infect your devices with malware, trackers, and viruses. These practices can expose your location, online history, and personal information to others, putting you at risk for identity theft or financial exploitation.

The good news is that a secure, high-quality VPN does not cost anything to unblock the Grammy Awards. Numerous top-tier VPNs offer very safe and secure service. One that tops the list is PureVPN. So, to get started fast, you can always use PurePVPN that is not only reliable but also gives its customers a 31-days money back guarantee.

So, do not compromise on quality and start off with PureVPN now to watch the most thrilling event of the year – Grammys!

Where else can you watch Grammys 2023?

You can watch the Grammys on CBS through your cable TV, or with a Paramount+ subscription if you are more of a streamer. However, if you are from France, you will need to use a VPN like PureVPN to watch the show on Paramount+, Hulu + Live TV or YouTube TV.

How to watch the Grammy on iOS

If you are looking for ways to watch the Grammy Awards 2023 in Europe on your iOS device, then do the following:

How to watch the Grammy on Android

If you reside in Europe, you can stream live through Paramount+ and watch the Grammys by using PureVPN. All you need is to follow the steps below:

How to watch the Grammy on Roku

Here’s how you can watch the Grammy Awards 2023 on Roku while physically being in Europe:

How to watch the Grammy on Amazon Fire TV

You can now stream the Grammys on Amazon Fire TV from France. Follow these simple steps below:

How to watch the Grammys on Consoles

By following the simple steps mentioned below, you can now access Paramount+ in Europe on your Consoles:

How to watch the Grammys on Apple TV

Here’s how you can stream the Grammy Awards 2023 in Europe on your Apple TV:

Who will be Hosting at the Grammy Awards 2023?

Trevor Noah, a well-known celebrity, has been chosen to host the 2023 Grammy Awards ceremony. He will be the one leading and presenting the event.

Performances for the Grammys 2023

The Grammy Awards 2023 performers are yet to be announced. But considering the mass nomination of artists this year, it is expected that Adele, Harry Styles, and even Beyonce might bring it to the stage this year.

The Nominees of this year’s Grammy Awards are:

Record of the Year

2022 Grammy Award Winner: ABBA – I Still Have Faith in You

Album of the Year

Below is the list of Album of the Year nominees:

Song of the Year

The nominees of the Song of the Year this year are:

Following is the list of artists and engineers, nominated for the Best New Artist category:

The nominees for the Best Pop Vocal Album are:

This year, the Best Pop Solo Performance award is likely to be awarded to one of the following:

Below is the list of Best Rock Performance nominees:

The potential winners for the Nest Rock Song category are:

Here’s the listing of the Best Rock Album’s nominees:

The Best Rap Song’s nominees are:

These are the nominees for the award category Best Rap Album:

2022 Grammy Award Winner: Call Me If You Get Lost – Tyler, The Creator

Below is the list of nominees for this category:

Here’s the listing of the potential winners for the underlying category:

The nominees of the Best Dance Recording are:

Following are the nominees for this category:

Which musical guests will perform at the Grammy Awards 2023?

Here is the list of musical guests that will perform at the Grammys:

Can I watch the Grammys on Paramount+ live?

Yes. The Grammys is going to stream live and on-demand on Paramount+. If you are in Europe, you will need to have a secure VPN like PureVPN to watch the Grammys.

Can I watch the Grammy Awards 2023 in Australia on CBS for free?

Yes. You can watch the Grammys in Australia on CBS for free as they have exclusive rights.

What TV channel is the Grammy Awards on?

The 2023 Grammy Awards will be broadcast live on CBS on Sunday, February 5th.

Where can I watch the Grammys on Paramount?

The Grammys 2023 will stream live and on-demand in the US on Paramount+.

How much are tickets to the Grammys 2023?

Tickets cannot be purchased by the general public because access to the Grammy Awards is only limited to those who have received an invitation. However, members of the NARAS and record label employees, who are voting members, may purchase tickets for around $200 each. Whereas, nominees are going to receive complimentary tickets.

What is the eligibility criteria for the Grammys 2023?

To be eligible for the 2023 Grammys, music must have been released between October 1, 2021, and September 30, 2022, as stated by the Recording Academy’s official rules.

PureVPN has dozens of VPN servers in the USA to give you hassle-free access to Paramount+ from anywhere.

With PureVPN, bypassing Paramount+ geo-blocks and anti-VPN measures takes a few seconds, allowing you to watch ‘Grammy Awards 2023’ no matter where you are. Even if you run into a snag while accessing Paramount+, you can reach out to our 24/7 customer support team via live chat for instant solutions.

Furthermore, with servers that support up to 20 Gbps speeds, you get to enjoy a smooth and uninterrupted streaming experience on any device using PureVPN. Still not sure if PureVPN is the right fit for you? We offer a 31-day money-back guarantee, giving you the opportunity to secure your purchase. 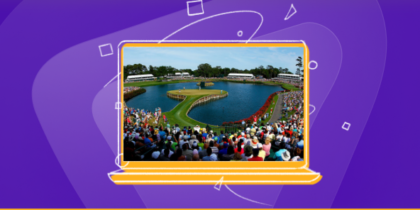 How to watch The Players Championship 2023 live online 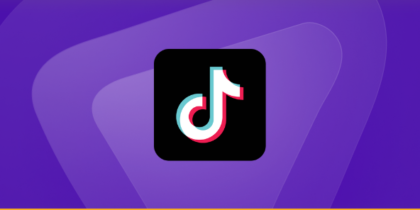 How to delete TikTok Videos 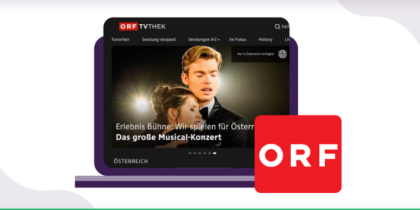 How to watch ORF live stream from anywhere in 2023