Shortly after the release of Xbox One Kinect on November 22, 2013, it was criticized by security activists as a threat for privacy of its gamers. Xbox One Kinect is suspected to have a system that collects gamers’ data for potential advertising purposes.

However, a month prior to release, Microsoft tried to tie up every loose end in order to avoid any misconception about the Xbox One Kinect. Mr. Albert Penello, director of product planning at Microsoft said:

“Someone was talking about how some of the new Xbox One Kinect features could be used in advertising, since we can see expressions, engagement, etc., and how that might be used to target advertising,” 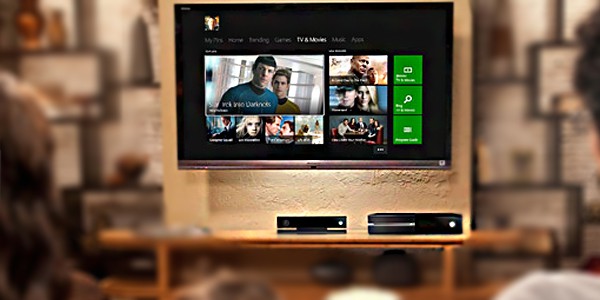 One new feature introduced in Xbox One Kinect is “Face Recognition”. With this feature, Xbox One users have the ability to login through Kinect Facial Recognition. The camera works in such a manner that it measures distance between key features of user face and create a numeric expression that is unique in itself. This means no one else can log in to the system but, on the other hand, your data has been stored in Kinect system which they assure is not going to be shared with any third party.

Combining all the data together, individuals, companies and most importantly NSA can easily figure it out as Who you are?, Where you are?, Who do you talk to?, What do you like?, and What you do mostly?

To complete your Xbox privacy and to be secure from all these Kinect threats, mask your Metadata.

We will show you 3 tips for how to mask your Metadata:

Metadata cannot be associated with you without locating your IP address. What a VPN does is that it replaces your original IP with one of its server’s IP. This way, all potential observers cannot keep a record of who you are or what you do online.

A VPN also constructs a bridge between your Xbox One and the gaming server and whatever communication you made in during the session remain anonymous.

There are a variety of options by which you can surf the net anonymously. First you can use Plug-ins available for browser to surf the internet with complete invisibility. But no one can do it better than a VPN. In addition, best VPN providers like PureVPN also provide specialize tools for ultimate anonymity of your browser. PureVPN “Anonymous Browser” makes it possible for you to be untraceable all the time by replacing the original IP with different server IPs.

If you add up an Off the Record (OTR) Chat extension in your favorite messenger service, it will encrypt your messages from one end to others. The only problem is that both users need to install the extension on system to encrypt the conversation from both sides.

“And when you play games or enjoy apps that use sensitive personal data, such as videos, photos, and facial expressions, no one except you can access it, without your express permission.”

Xbox One Kinect privacyXbox One Privacy Threats
PureVPN PureVPN is a leading VPN service provider that excels in providing easy solutions for online privacy and security. With 6500+ servers in 141+ countries, It helps consumers and businesses in keeping their online identity secured.