Impact on Tourist Places Due To The Lockdown

TravelImpact on Tourist Places Due To The Lockdown

In these strange times, it is unsurprising that there is widespread confusion with regards to what happens next. The public, and to a certain extent, even the governments of the world appear unclear over the future post-coronavirus. Hence, it is natural that some have begun to ask, “what about the tourist places near me?”

Admittedly, it’s may seem like a strange question to be asking initially. However, the nature of tourism means that it has been a vital factor in the spread of the virus exponentially. Unlike other industries, tourism will continue to feel the effects of the virus and the subsequent quarantine longer.

Given how the virus spread so rapidly around the world and that the only viable preventive measure has been isolation, it is safe to presume that the answer to “what about the tourist places near me?” is that they remain shut for the foreseeable future.

Such a massive blow to the tourism industry around the world will lead to catastrophic repercussions for numerous other sectors as a result as well. As mentioned earlier, tourism is both unique and different compared to most other industries. It provides a vital lifeline to other industries that depend on it such as the restaurants and inns.

This is undoubtedly the major concern. Given how this abrupt termination of tourism has happened across the world has led so many to worry about a potential economic recession. The first to suffer from this lockdown is the small and medium enterprises (SMEs) that depend on foreign tourism.

The European Union has already stated that it stands to lose a minimum of €1 billion per month due to the loss of a steady stream of foreign tourists. With that in mind, a stimulus package worth €37 billion has been announced. It is meant to support the workers and sectors worst affected by the ongoing epidemic.

In Asia, the impact is similarly grim. Tourist places, hotels, shops, bars, inns, beaches, and even local cafes present a completely abandoned picture. It should be noted that the loss of tourism could hit Asia the hardest considering how countries like Vietnam, Cambodia, Malaysia, Singapore, and Indonesia rely primarily on tourism. These countries could lose up to $3 billion minimum if the situation does not improve by August.

The situation in the Americas paints is just as depressing. Minimum wage workers working in tourist locations rely on the constant stream of tourists to ensure they keep getting their paycheck. Summers have traditionally been the busiest time of the year. Around 850,000 thousand people visit the US every month, bringing in a monthly contribution of $3.4 billion to the local SMEs reliant on tourism such as fast-food chains and photography stands.

What’s going on inside these tourist places

Much has been said and discussed how the closure of these tourist places has led to financial catastrophe for workers and individuals that depend on these locations. However, it’s equally interesting to wonder how these tourist places are responding to this epidemic themselves.

Whether it’s the Duomo in Milan, or the Eiffel Tower in Paris, or Disneyland in Anaheim, or the Forbidden City in Beijing…all have shut their doors. But the story does not end there for these locations. Despite the epidemic, almost all major tourist locations around the world have maintained a skeleton crew for various reasons.

The first is maintenance. In most cases, these are locations spread across multiple acres. To prevent them from turning into wastelands, consistent maintenance and upkeep are necessary. Similarly, closed does not necessarily mean closed for business. Various tourist locations have seen a silver lining during this epidemic.

Despite being talked about for multiple years, it has only been post-coronavirus that VR tours have begun to be taken seriously. Using the skeleton crews, these locations have organized detailed tours that can be experienced via any VR set.

Some examples of these tours available via VR include:

Doing so guarantees some flow of income as well as a renewed public interest. As mentioned before, a lot of these tourist locations have seen a unique opportunity amidst this epidemic. With billions stuck in their homes for the foreseeable future, it offers a captive audience.

What does the future hold?

There is a tremendous amount of uncertainty with regards to this situation. What seemed like another repetition of the 2002 SARS outbreak has quickly turned into a global epidemic unmatched in scale in human history. This has led to a unique set of circumstances that have left some of the world’s premier policymakers bereft of solutions.

This state of confusion has spilled over into the tourist places as well. Some of the aforementioned steps have helped mitigate the overall financial impact of the virus. However, these are short term solutions at best. Due to several other factors, these tourist locations must come up with a sustainable long-term strategy.

However, news coming out of China suggests otherwise. Being the epicenter of the virus, the country has managed to get on top of the situation. Keeping that mind, both hotel bookings, as well as domestic travel via airlines, has risen nearly 40% as per figures provided by Bloomberg. The country also expects to go back to its pre-epidemic tourism earnings by the end of the year.

While it may be present a positive outlook for other countries, it must also be mentioned that different countries have different circumstances as well as different resources available to them. In the end, the most reliable direction for these tourist places, at least for the time being, seems to lie digital. Virtual Reality tours have already provided a glimpse into what that direction may seem like.

tourist attractiontourist placestourist places near metravel policy
Yasir Nawaz Yasir Nawaz enjoys writing on issues related to cybersecurity, digital privacy, and online streaming. A firm advocate of digital equality and freedom of access throughout the web, he believes no piece of consumable information should be restricted online. When he’s not busy writing on such immensely important issues, he finds solace in chess, reading, and staring into the abyss in his best Luke Skywalker impression. 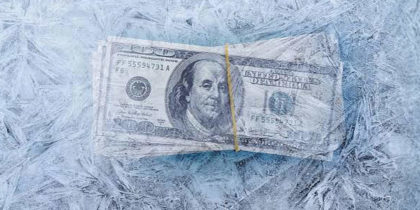 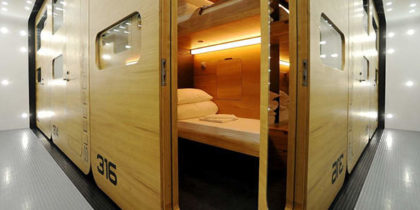 Travel Wallet: A Relief for Tourists in 2021