Messi Leaving Barcelona: We Don’t Want Him to Leave

Have you heard the news about Lionel Messi leaving Barca? The Argentinian superstar wants to leave the boyhood club he once joined as a 14-year old kid. The football world was shocked by this news because no one thought in their wildest dreams that Lionel Messi could ever leave FC Barcelona. On Tuesday, Barca fans were heartbroken and protested for many hours hoping Messi would overturn his decision. But sadly he has made up his mind for real.

Why is Lionel Messi Leaving Barca?

As football fans, we know that Barcelona is one of the best clubs in the world that has been struggling to sign good players and managers. The Barcelona squad was full of deadwood players who were once very lethal such as Luis Suarez, Ivan Rakitic, Jordi Alba, Gerard Pique, and Sergio Busquests, but the Barcelona board turned a blind eye.

In simpler words, Messi has to do all the muscle work, beat defenders alone, create goal-scoring chances on his own, fall back deep to help the midfield players, and dribble past players to score goals. Although Messi was annoyed by the board that was not signing big game players, he never openly spoke about the problem. 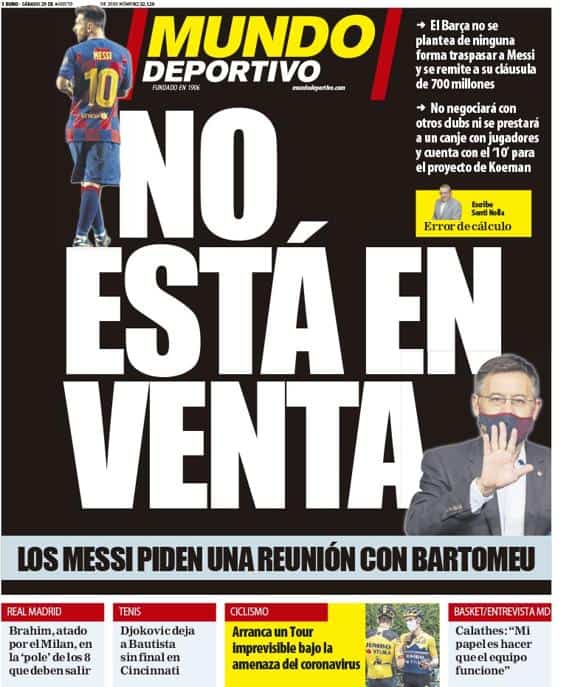 Furthermore, Messi doesn’t feel comfortable with Bartomeu, the board, and precisely Eric Abidal who started singling out players who were not performing well. The problems started between Messi and Barca in December 2019 when the board began to treat players differently.

The greatest push was their defeat to Bayern Munich who thrashed Barcelona by 8 goals in the Champions League match and the whole world mocked the club and Lionel Messi for it. We don’t know for sure what is running through Lionel Messi’s head right now. The question is: will Barcelona let Lionel Messi leave the club that easily?

Currently, a club has to pay £630m cost to match the buyout clause and lure Messi to their side. But the clubs can also wait till the Summer 2021 to sign Messi for free in case he decides to stay for another year at the Catalan side.

Messi’s father, his agent, will fly to Europe to speak with various clubs about the possible destination and if the clubs are willing to pay the substantial cost for the 6-time Ballon d’Or Winner. Some of the popular clubs that may sign Messi in 2020 are Manchester City and PSG.

Lionel Messi is originally from Argentina but he moved to Spain to fulfill his dream of becoming a football player at FC Barcelona. From the start of his career, he scored crucial goals and helped Barca win countless matches against big teams. He scored a hat-trick in an El Classico at the age of 19, helped his team win 6 trophies in a single season, won back-to-back Ballon d’Or (the first player ever to do so), and single-handedly defeated teams in European competitions.

As a father and husband, Lionel Messi is married to his childhood sweetheart Roccuzzo and has three sons. He loves his mother, Celia, a lot and has a tattoo of her face on the left shoulder. Moreover, his father and brother take care of Messi’s regular routines, club-level negotiations, and endorsement deals.

List of Potential Clubs He Could Join Next Season

The Premier League side is leading the race to lure Lionel Messi and even considering to meet the hefty cost of signing him. On the plus side, Pep Guardiola would be brimming with joy to reunite with Messi again and pairing him with Kevin De Bruyne. All in all, City is a better choice for the Argentinian but the final decision is still not taken yet.

Another Arab owner with pockets too deep! Messi may join the French Ligue 1 champions as a possible destination and shake hands with his ex-teammate Neymar Jr. PSG has a good squad but the chances of buying Messi this summer are low as they have already sold their key player, Thiago Silva, to Chelsea.

This can be a dream come true for the Reds if they sign Lionel Messi and upgrade their striking force next season. United is in line to buy Messi but they can’t match the buyout clause or the weekly salary of the Argentinian. The cost of signing a world-class player is too much even if they are willing to pay Lionel Messi’s salary wages.

“Manchester City are the only club on the table as far as Messi is concerned.”

Will we finally see Lionel Messi in the Premier League next season?

Messi Goals: A Tribute to the King of Football

His days at FC Barcelona are full of magical moments that made fans love him to the fullest. Messi has not only won the hearts of the Catalans but received standing ovations multiple times at away games for his brilliant performances. Here is a flashback of the little magician who has conquered the football world in the last decade.

Is He Among the Greatest Footballers of all Time?

Yes! He became the first player ever to score 91 goals in a calendar year, single-handedly won Champions League matches against top teams, dribbled past world-class defenders, and have lifted many trophies in his career.

Better than Pele? Yes. Better than Maradona? Yes. Better than Cristiano Ronaldo? Yes (some fans might find this debatable lol.) We love Lionel Messi for his talent, humbleness, skills, and will support him wherever he decides to go in the future. 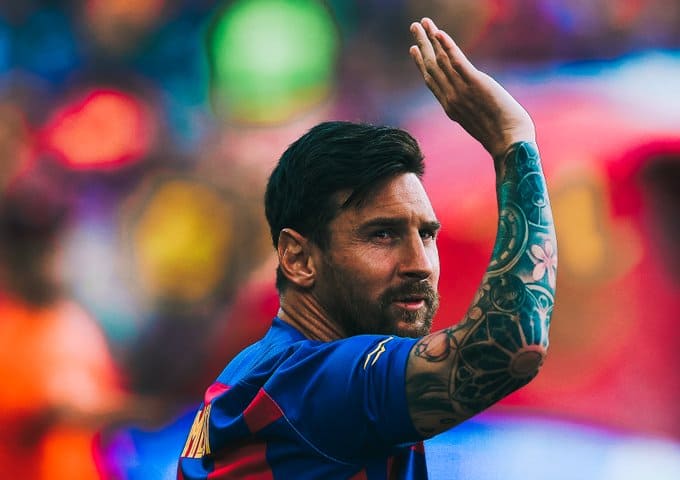 BarcaclashBartomeuout2020FootballNewsLionelMessiMessileavingBarcelona
Sameed Ajax Sameed is a Digital Content Producer at PureVPN who covers cybersecurity, streaming, and weekly news. Besides that, he wastes time playing FIFA, eating pizza, and sending tweets.