It is time for the most glamorous race weekend at F1 Monaco Grand Prix now. PureVPN has compiled the Monaco GP schedule along with a live streaming guide to help Formula 1 fans to enjoy Monaco Grand Prix live online.
🏎🏁🏆 Check out the complete region-wise channel list to watch F1 live 🏎🏁🏆

Here is the schedule for Monaco Grand Prix 2019:

You can watch F1 Monaco Grand Prix live online from anywhere without any hassle. Checkout this F1 Live Streaming Guide, which includes a country wise channel list of official broadcasters and tips to access with buffer free streaming.

Go ahead and get your PureVPN subscription to avoid ISP speed throttling and enjoy the most thrilling races of the Monaco Grand Prix live with complete peace of mind.

Pick Your Channel and Get PureVPN

Monaco Grand Prix is the most glamorous race in the F1 calendar. From location, to after race parties, from celebrities to all the luxuries, this is considered to be the most awaited race weekend every year. The anticipation is high as the race is coming closer.

You already know what it is… 😉

#F1 #MONACOGP EARLY WEATHER OUTLOOK – High pressure system ensures dry weather on Thursday. Between Friday and Saturday there will be risk of showers, but still differences in models regarding timing. On Sunday it gets dry again. On Wednesday I will update the forecast again. pic.twitter.com/c8z1oMtVaF 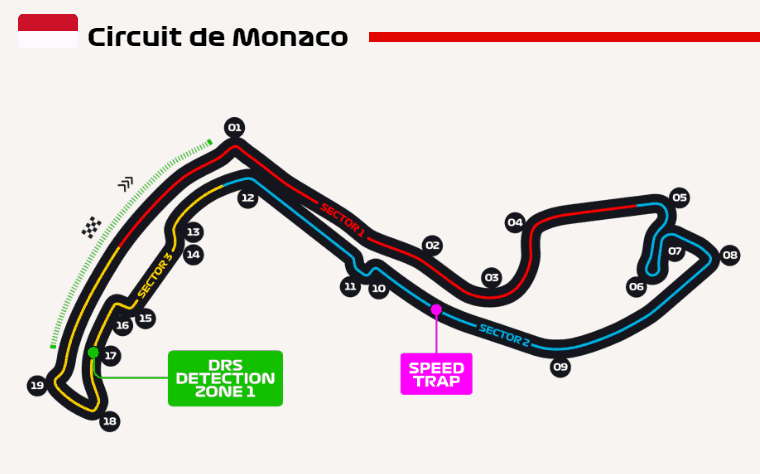 Here are some fun facts about Circuit de Monaco where Monaco Grand Prix 2019 will take place:

1. Circuit de Monaco is commonly known as ‘Monte Carlo’ because it is located largely inside the Monte Carlo neighborhood of Monaco.

2. Circuit de Monaco has many elevated shifts, tight corners, and quick turns, which makes the circuit one of the toughest tracks in F1 racing.

4. This circuit is generally recognized as the most unsafe circuit in Formula 1 racing. Though the former F1 winner Michael Schumacher has said that this additional risk is justifiable once a year, but we don’t think other drivers agree with him completely.