NSA Deployed Its Real-Life Agent Inside World of Warcraft

Attention Online Gamers, NSA has now spotted a place to spy on you as well. After social media and search engines, NSA and GCHQ collect Gamers chat and plots that will be extracted and deployed as secret agents in the MMORPG’s especially World of Warcraft and Second Life. NSA describes, in its documents, games communities as “Target Rich-Network” where potential terrorist can hide behind the plain sights.

According to the Whistle Blower Edward Snowden:

The files received by the Guardian from Edward Snowden and published in partnership with the New York Times and ProPublica clearly shows that the authorities have built mass collection capabilities against the Xbox live console network. This mass capability can boost up to 48 million players. Sources also declare that there were attempts to recruit potential informants from the gamers that were tech-friendly users.

Online gaming has become so popular worldwide that it has become a big business that attracts 10 or 100 millions of users. Xbox, Playstation, Xbox360 and online gaming consoles has erupted as an addiction for crazy game lovers. Online gamers inhabit their imaginations as make-believe characters, living and fighting with avatars of other gamers. What agencies feared about online gaming that these innocents’ elves and goblins can be lurking by terrorists? 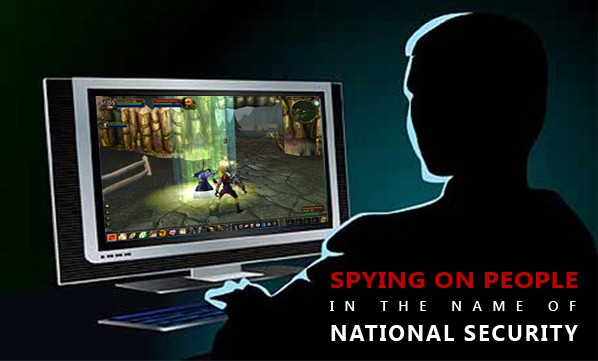 “If properly exploited, games could produce vast amounts of intelligence. They could be used as a window for hacking attacks, to build pictures of people's social networks through "buddy lists and interaction", to make approaches by undercover agents, and to obtain target identifiers (such as profile photos), geo-location, and collection of communications”.

NSA has start lurking the online gaming communities 5 years prior to the date of document written which is somewhere in 2008. In fact NSA has planted spying agents inside the game World Warcraft and Second life. NSA has setup “deconfliction” in such a way that one agent of NSA wouldn’t spy on other.

The best part comes here, in all the documents of NSA claimed to be exploited by Edward Snowden have no proof or past records of any Terrorist arrest or any Terrorist plan deployed through online gaming platform.

There is no clear lines draw within the boundaries that how NSA and GCHQ is collecting the information and till to date how many communications were record. It is also fact that NSA is unclear about strategies of spying and monitoring innocence gamers who are playing behind their avatars.

World Warcraft is a MMORPG and very much popular among gamers worldwide.  The game is designed by company named as Blizzard. When contacted by the Guardians developers denied having any surveillance inside the game. He also added in his conversation that if there is any surveillance in World Warcraft then it was done without Blizzard’s knowledge and permission.

In 2008 on upon the request of GCHQ, NSA had begun extracting the metadata of the game. The metadata was link with accounts, characters, arms dealing efforts and Islamic extremism. Anti NSA agencies has discovered later on that Army, Scientist, Embassy people, Intelligence Agencies and Telecom Engineers were among the most active subscribers. Recently, GCHQ has declared that they are successful in acquiring the information of different players through Xbox console.

Is there any place on the internet that is safe from NSA spying? From mailing to media streaming and now to Online gaming, everywhere NSA has spying agents to intrude in our policies and collect our information. NSA has overtaken privacy completely. In such circumstances internet users left only with one solution that is a VPN.

VPN doesn’t kill the problem completely but it lessens the effect it could make on your private life. PureVPN, one of the most incredible VPN in the VPN industry, provides you its most secure and protective services for gaming as well. It will make your connection anonymous and secure as well as it will amplify and boost your online gaming experience to maximum limits. With reduce latency and no lags PureVPN VPN is the BEST! 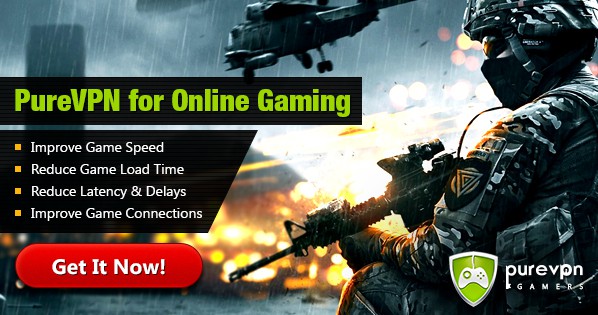