Facebook isn’t new to public scrutiny. The social media giant is infamous for its data-mining practices and has been under the rumble for poor security measures. Not to forget the Cambridge Analytica scandal that shattered the social media’s image and raises serious questions on its integrity as the biggest social networking company.

Facebook’s chief executive, Mark Zuckerberg, vowed to give users added control and more transparency over their private information by introducing a new tool, named ‘Off Facebook Activity‘ that allows users to clearly view and control any information that Facebook has collected regarding their browsing habits externally.

Today, we’re starting to roll out Off-Facebook Activity, a new feature that gives you more control over your datahttps://t.co/GXpWUKeAyL

Over the years, Facebook has developed an extensive network of tracking technology separate to its realm for boosting its targeted advertising revenue. The ability to closely monitor and amass data on users has allowed Facebook to learn on users’ browsing habits, even when they aren’t on the social network. 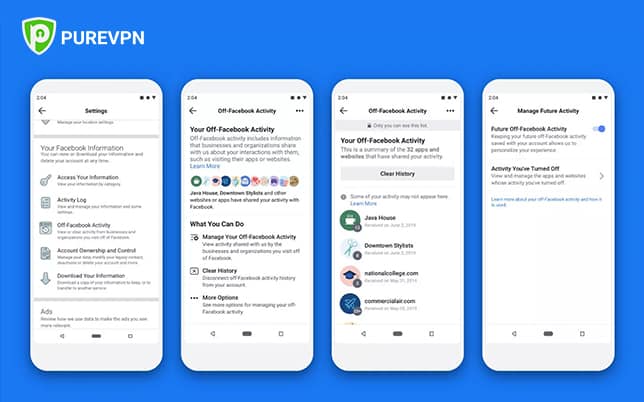 The tool, known as Off-Facebook Activity, grants Facebook users more transparency and the ability to view dozens of sites and apps that share user’s data with Facebook. With the new tool, Facebook users will now be able to deauthorize disconnect any data that’s being shared with Facebook from their third-party accounts.

With ‘Off-Facebook Activity’ Facebook aims to respond to criticism by security experts and the general public over how the social media giant safeguards users’ privacy. If you’ve been following the privacy news lately, you must’ve come across Cambridge Analytica.

The British consulting firm, Cambridge Analytica, had cleverly gathered private information on millions of Facebook users without their knowledge. This wasn’t the only data the company had access to as it amassed personal details of internet users from other mediums as well.

As these findings became public, the ordeal took Facebook in a negative light for not ensuring necessary security measures are in place. Since then, Facebook has been trying to limit the damage and dodge scrutiny from regulators and lawmakers around the world.

Just last month, Facebook agreed to a settlement with the Federal Trade Commission over privacy violations, agreeing to pay a $5 billion fine and to change how it handled users’ data.

As a result of global criticism over Facebook’s negligence to privacy issues, Mark Zuckerberg promised to develop a technological solution that would allow Facebook users the ability to delete their browsing histories that the company has gathered through other mediums.

Facebook initially hoped to provide an option that would let users delete the entire repository of data that the company collected from other sites to improve its targeting of ads. However, based on the company’s research, it concluded that users did not want such an all-or-nothing option.

Instead, Facebook users demanded improved visibility into which sites were providing browsing-habit data to the social media giant and additional control over how the information was shared.

While this new tool is in place, it’s important to understand that it won’t be a heal-all for those who are particularly concerned about privacy on Facebook. The company will continue to recollect any and all browsing data of users on Facebook, Instagram, Messenger, and WhatsApp.

That being said, if you’re actually concerned about privacy and want to ensure that all of your personal data is far away from the likes of Facebook, here’s what you should do: delete Facebook and Facebook Messenger.