Is TikTok Spying On You? ByteDance’s App Caught Tracking Users!

With more than 800 million active users across the world, TikTok is the most popular video-sharing app by a mile. However, could the ByteDance-owned app be spying on you? Well, recent evidence suggests that it does!

If you use TikTok to explore or create videos, you should be concerned about your privacy. Here’s what you need to know about the app’s intrusive data collection practices, which have been uncovered by security researchers:

According to The Wall Street Journal, TikTok secretly gathered information of Android users without their knowledge for more than a year till November 2019, which is in violation of Google Play’s policies.

The app logged the MAC addresses of users, enabling ByteDance – TikTok’s parent company – to track individuals even if they opted out of ad-tracking.

Learn more about what is a MAC address

The analysis by the Journal was based on a previous version of TikTok and it revealed that the app collected users’ MAC addresses for around 15 months. However, the practice was discontinued by the video-sharing social network in last November.

In 2015, Google banned developers from tracking Android users via MAC addresses. The same was done by Apple as well two years earlier. TikTok bypassed the policy by abusing a bug and concealed its tracks using an additional encryption layer, per smartphone security experts.

TikTok said that it doesn’t currently collect MAC addresses and Google is investigating these claims as we speak.

The report comes after President Donald Trump signed an executive order seeking to ban TikTok unless its US operations are sold to an American company. A similar order was also issued by Trump for another Chinese-owned app, Tencent’s WeChat. 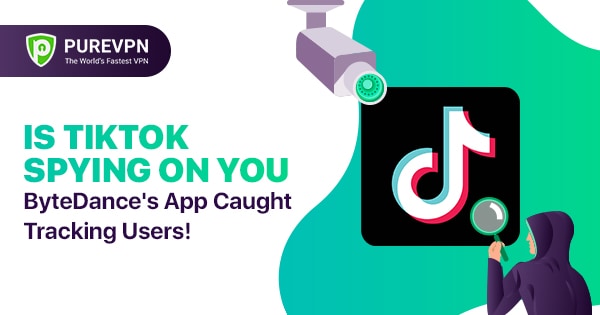 Security researchers discovered in June that TikTok is spying on iOS users by surreptitiously inspecting the clipboard.

The loophole – which results from iPad and iPhone apps having restriction-free access to the general pasteboard – means users may unknowingly expose their exact location if they simply copy/paste a photo.

This issue was unearthed by researchers when investigating the iOS 14 beta version, rolled out on July 9, which features more granular security and privacy settings. Fortunately, iOS 14 now notifies users if a widget or app reads the clipboard.

Mind you, the same researchers earlier this year learned that TikTok was copying clipboard contents on Android devices. ByteDance’s developers stated the behavior was due to the use of an outdated Google Advertising Software Development Kit (SDK).

Since TikTok was found doing the same on iOS devices, serious questions arise about the accuracy of that claim. What’s more, that company has now changed its excuse.

TikTok told Forbes an anti-spam feature caused the issue and that it has already submitted a new version to the App Store removing it to “eliminate any potential confusion.” The privacy and security features of iOS 14 will undoubtedly expose other apps that were ‘accidentally’ spying on their users.

If you care about your privacy and don’t want your data to be misused, saying farewell to TikTok makes sense. Don’t know how to? We’ve got you covered.

Unlike other social media apps, TikTok doesn’t require users to create an account to start using the service. Simply download the app on your mobile device and open it – you’ll be able to start exploring videos. If you don’t want to use it anymore, just uninstall the app!

If you have a TikTok account, though, deleting the app alone will do nothing about the videos you have collected and created. To wipe the slate clean, learn the required steps to permanently delete your TikTok account.

Once done, your account won’t be removed right away in the event you decide to come back. It will remain deactivated for 30 days, after which all your account data and content will be permanently deleted from TikTok.

Note: If you still want to use the popular Chinese app, we’d recommend taking specific measures to minimize tracking like using a good TikTok VPN.

In truth, collecting MAC addresses and clipboard monitoring are likely to be just some of the many techniques TikTok uses to track users. We don’t know the rest. We almost don’t want to find out.

The US government also believes that TikTok is using facial recognition and tapping emails as well as other phone data to collect data on millions of Americans for China. However, these allegations are yet to be proven true.

If you have questions, feel free to use the comments section below and we’ll get back to you as soon as possible!

online spyingprevent spyingTikTok
PureVPN PureVPN is a leading VPN service provider that excels in providing easy solutions for online privacy and security. With 6500+ servers in 141+ countries, It helps consumers and businesses in keeping their online identity secured.