Ever since the very first Rugby World Cup which took place in 1987, we have seen a total of eight of these tournaments, each with a gap of four years. This year, we are going to be witnessing the ninth iteration of the competition. This means, with the upcoming 2019 Rugby World Cup, we will have our ninth champion. So, while we wait for that, let’s look back at the top 3 Rugby World Cup winners of all time. 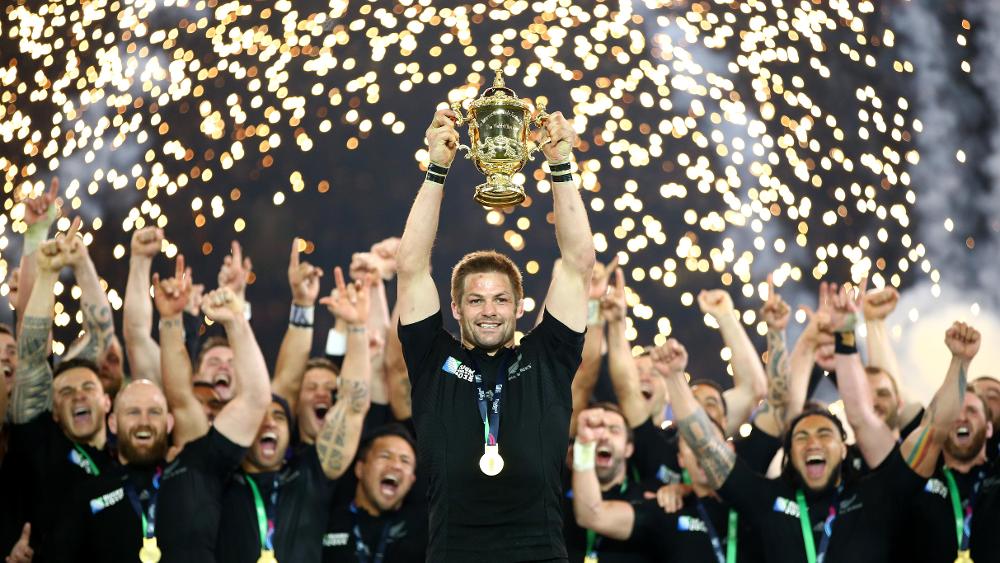 From their iconic pre-match rituals to their all-black kits, New Zealand is one of the most intimidating teams in the Rugby sports. However, intimidation can only get you so far. What sets the All Blacks apart from everyone is their love for the sport and their skill on the field. They are a class apart. New Zealand has won the Rugby World a total of three times, making them the team with the most Rugby World Cup wins in history.

After several rejections, the idea of the Rugby World Cup was finally approved in 1985. This lead to the very first tournament to be co-hosted by Australia and New Zealand in 1987. And well, with home ground advantage, the All Blacks demolished France in the final match of the very first world cup with a score of 29-9.

During the regular Rugby season, the New Zealand team was considered to be the strongest of all the Rugby teams out there. However, during the Rugby World Cup, the All Blacks achieved little to no success, apart from their first win back in 1987. That said, with the 2011 Rugby World Cup taking place in New Zealand, the Kiwi’s had the home ground advantage, and well, it seemed that as all that they needed. The All Blacks won the 2011 Rugby World Cup after defeating France 8-7.

Following their win in the last World Cup, the All Blacks with the help of their new coach managed to find themselves again the final of the 2015. They happened to be against their biggest rivals, the Wallabies. However, since the very start, the All Blacks seemed to be the stronger side. Eventually, New Zealand won its third World Cup in 2015 with a final score of 34-17.

After New Zealand won the first-ever Rugby World Cup in 1987, the All Blacks seem to be the favorites for the tournament. They even defeated England, the team that had the home advantage. However, from there on out, things did not look so good for the All Blacks. They lost to Australia in the Semi-finals which lead both Australia and England to face each other in the final. England was favored to win, but Australia completely dominated the game and won the 1991 Rugby World Cup with a final score of 12-6.

Australia’s second Rugby World Cup win came during the 1999 tournament when the Wallabies went up against France in the finals. The game was entirely one-sided as Australia was going all out since the very start of the game. In the end, Australia lifted the trophy with a final score of 35-12. 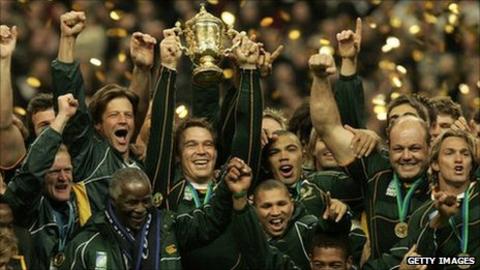 At the third place, we have South Africa, a rugby team known for its grit and dedication. Known as the Springboks, the South African team has won the Rugby World Cup a total of two times and have managed to come third twice, in their total of six appearances.

Due to apartheid, the South African team was now allowed to compete in the Rugby World Cup. However, the Springboks returned to the 1995 Rugby World Cup, following the end of the apartheid. This marked a significant moment for the South African players as not only was this their first tournament after the apartheid, they also won the championship after a very close match against 15-12. It was also during this match that we saw one of the greatest moments in Rugby History. To know more about that, head to our Greatest Moments in Rugby World Cup History article for more information.

With South Africa destroying England early in the tournament with a score of 36-0, the two teams met again in the 2007 Rugby World Cup final. From what we saw during the previous rounds, it was going to be a pretty easy win for the Springboks, but things did not go as expected. Though South Africa did come out on top in the end, it was still a very competitive game which ended with a final score of 15-6.

So, with New Zealand sitting at the top with three Rugby World Cup wins and, Australia and South Africa both with two wins each, the 2019 Rugby World Cup is going to be one for the books. We are either going to see Australia or South Africa come up to the podium and sit alongside New Zealand, or the All Blacks lift their fourth World Cup trophy. From what we learn earlier, if the game goes in the All Blacks’ favor, it would be their third consecutive win in a row. Or, maybe, someone new steps up. No one knows.

rwc
Ian Riley Ian Riley has been covering VPN industry topics for PureVPN for quite a time. He is a cyber freedom enthusiast, and loves to raise awareness about online freedom and free content. He is a crazy fan of movies and Sports.

How to Watch Boxing Fights Online in any Country