VPN on Smartphone – Your Trusted Partner in Online Security

Smartphone VPN is the most secure and easiest way to carry out all the activities that the Smartphone is meant to do online.

The only thing that one third population of this world has in common is Smartphone. Smartphone from Apple, Microsoft, Samsung, LG, Nokia and so forth are the devices that travel with us, in the pocket or in the bag wherever we go all the time. By nature, VPN on Smartphone has the ability to secure every connection you made, no matter whether you connect to Wi-Fi networks or public networks. Similarly, if you want to access Netflix, Hulu or any other content that is US only service, then VPN is the way to go.

Needs and Benefits of Smartphone VPN

On a very simple note, VPN on Smartphone is essential for three reasons,

Simple mobile phones have changed into a Smartphone. And why is that so happened? The only logical reason is to gain more ease, easy to go online and do things online. People can’t carry their desktop PC and laptops all the time with them, to meet the increasing demand of online activities Smartphone come into existence. Now, while you are in a bus or train, school or office, cafe or library or wherever, you have the accessibility to go online with your Smartphone.

For further elaboration on this discussion, let’s have some more facts,

Get Secure With Smartphone VPN

How does a snooper disrupt your privacy on your Smartphone?

Techie question, but it is a very true fact indeed. Using Smartphone, people connect to Wi-Fi hotspots in coffee shops, library, café, hotel room, school, airport, shopping mall and so forth without concerning if it’s OK and secure. Many people even do the financial stuff like checking their bank accounts, transfer money, online shopping and even changing credentials. Just do remember one thing, everything you do by sending or receiving online through Wi-Fi hotspot is transmitted in plain text. And meanwhile, a backdoor eavesdropper is just about to attack on your online information, as he got the chance, he sniffed as much as he can, left you with nothing.

Well, it does not mean that you can’t use your Smartphone anymore, but do it with protective shield like VPN on Smartphone. VPN protects you at every single step, from encrypting your online data with high level encryption tool to transmitting it through secure tunnels, constructed with dynamic protocols and thus, your online data remain secure all the time. No hacker or snooper can have their prying eyes on your online activities with VPN protection.

VPN on Smartphone For Enhanced Accessibility

Most of us, especially teenagers and young adults bought the Smartphone to get full enjoyment in boring moments, to kill the loneliness and to enjoy the life with outmost thrill and adventure.

Well, we can do that all on the internet and so, do we can on Smartphone. Play loud music, browse latest movies, watch favorite shows, enjoy the heat of live sports and much, much more. But the only blocking wall in your way is restricted firewall. Geo-location restriction has hindered the ways to access the best content on the internet. VPN is your key to unlock all doors closed. It creates waves in the ocean of internet by empowering you with unlimited access.

Leave  No Footprints, Wherever You Go

VPN is a magical invisible cape that you can wear and get disappear from every eyeball on the internet; even your ISP can not be able to track your activities. VPN providers grant their users an option to select among the list of many countries, with this one IP that you use can also be used by many other users and hence, left no tracking footprints of your online presence. Complete anonymity that you can have with VPN on your Smartphone.

Mostly, all Smartphone of iPhone, Android, and Blackberry has built-in support for VPN connections. Otherwise, those Smartphone that does not support VPN connections automatically need third party authorization like Android older versions.

Another important thing to know about VPN on Smartphone is protocol support. OpenVPN is the most common one in among all that is used in major Smartphone. L2TP, PPTP and IPSec are usually available on iPhone and Android.

Just for extra knowledge, you must know that after the first launch in 1994 by Ericson of its GS 88 “Penelope” that brought the features of the Smartphone, more than 600 billion Smartphone units have been sold all over the world and major hit on the rock is made by Samsung Galaxy III.

Life is all about to get the best out of it. And thus we have the opportunity to avail in terms of work and entertainment both in form of Smartphone. Instead of being worried, it’s better to protect our online activities by using VPN on Smartphone. It will then ultimately change the meaning of usability of Smartphone with no worries and tension. Isn’t that easy.

PureVPN PureVPN is a leading VPN service provider that excels in providing easy solutions for online privacy and security. With 2000+ servers in 141+ countries, It helps consumers and businesses in keeping their online identity secured. 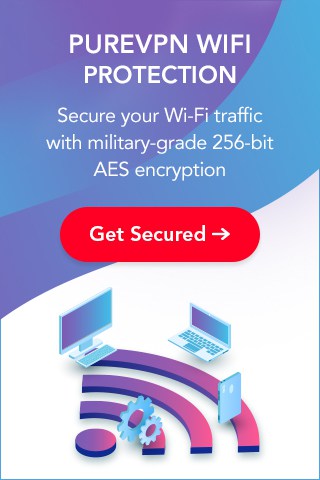 What is Vishing and How Can You Protect Yourself?