The opening ceremony of the 2022 Winter Olympics officially kicked off on February 4, 2022, as top athletes from around the world descended on Beijings to claim the coveted medals in winter sports.

While the Summer Olympics were largely spectorless, this year’s event will have limited seating but it is ultimately closed to the public. Organizers said despite the closing the event due to covid restrictions, some 150,000 spectators will be able to enjoy the games by invitation. Most of them will be residents of Beijing and other host cities. Foreign spectators, apart from athletes and coaches, will not be allowed to attend the games.

However, you can still watch the Winter Olympics from the comfort of your home and this blog will guide you on how to do that.

How to live stream 2022 Beijing Olympics for free

The Winter Olympics will be broadcast by a number of official channels and platforms, one of them being the United Kingdom’s BBC. You can access BBC iPlayer from anywhere in the world with a premium VPN service, such as PureVPN, and enjoy the Beijing Olympics instantly. Here’s how: 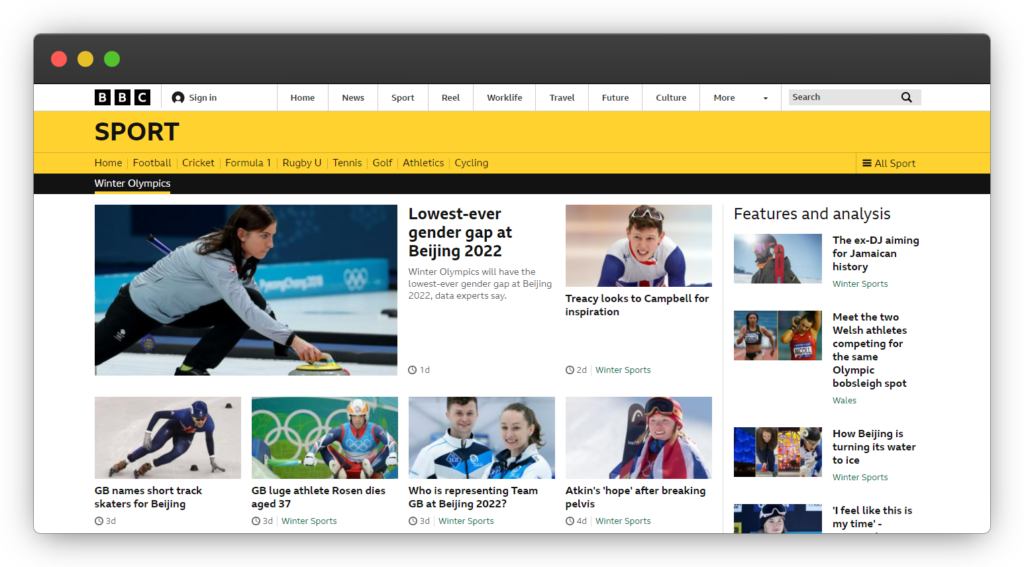 Apart from BBC, Canadian Broadcasting Corporation (CBC) is also one of the official broadcasters for the Winter Olympics and Paralympics. Signing up for CBC is simple, and you can watch whichever event piques your interest. The best part is that CBC is available to stream for free in Canada, so you don’t need to spend a single penny on Olympics streaming.

*Please note that while you will have to pay for a PureVPN subscription, once you’re connected to the relevant server, BBC iPlayer or CBC will provide coverage of the games for free.

How to watch 2022 Beijing Olympics on TV

As is customary, a substantial amount of Olympic coverage will be broadcast on NBC’s various broadcast and cable TV networks. The official broadcast schedule is yet to be announced, but NBC Olympics should be updated with more information on when your favorite events will air in the coming months. As Beijing is 12 hours ahead of the East Coast, NBC’s primetime broadcasts will almost certainly include both live and tape-delayed coverage of major events.

How to watch 2022 Beijing Olympics online

If you don’t have access to a TV, you can always rely on an online streaming service, such as NBC’s Peacock TV, FuboTv, and more. Following is a list of various digital platforms that you can tune into for the Olympics:

Watch the 2022 Olympics on FuboTV

FuboTV is a service that streams live television over the internet, eliminating the need for a cable subscription. With 100+ channels, you can watch your favorite teams, news, on-demand entertainment, including complete TV series. Plus, you can watch every single minute of the Beijing Olympics action on FuboTV if you happen to be in the US or have PureVPN on your device.

Watch the Olympics on Peacock TV

Peacock TV is a free streaming service in the US with exclusive rights to broadcast the Beijing Olympics 2022 and other live games online. The best part is that Peacock TV offers a perfect mix of live sports, TV shows, and on-demand entertainment at a single location. Fans of the Olympics can watch Peacock for free (with ads) or for $4.99 per month if they subscribe to Peacock Premium. Peacock’s free version will include live coverage and replays of the 2021 Olympics, which are available on the app.

The Olympics games will be live on free TV by SRF, Eurosport1, ARD, and Das Erste. On Zattoo, you can watch the best Olympic games in high quality online. You can stream all games on your smart TV, Amazon Fire TV, Apple TV, smartphone, or tablet with a single account. All you need is an internet connection and the Zattoo app. There will be no more cable or satellite connections. Bring on the excitement of the Winter Olympics of 2021 right into your living room.

Live stream the Olympics on Hulu

You can catch the live Olympics action on Hulu in the US. However, Olympics streaming is only available on Hulu + Live TV that gives you access to NBC, Olympic Channel, USA Network, CNBC, Golf Channel, Telemundo, and NBC Universo (available to viewers with Hulu’s Espanol add-on), all of which will broadcast coverage of various sports throughout the competition.

How to watch games online on Roku

You can watch and enjoy the Winter Olympics on BBC iPlayer for free if you are in the UK or have a VPN on your device. All you have to do is setup PureVPN on your router and follow the steps below:

How to watch games online on Fire Stick

As BBC iPlayer is available to stream for free in the UK, you can download and install the channel on Fire Stick with ease. First off, you have to set up PureVPN on your router and connect to a UK server. After that, follow the steps mentioned below: 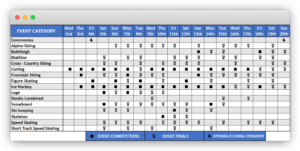 Bing Dwen Dwen is the official Beijing Olympics 2022 mascot. “Bing” has several meanings in Mandarin Chinese, China’s official language, the most common of which is ice. The word also represents purity and strength, while “Dwen Dwen” means “vigorous and lively” and is also associated with children.

The new Olympic mascot will be an ambassador for winter sports, bringing joy to those who compete in and watch the Olympic Winter Games. “Bing” represents ice as well as purity and strength, and “Dwen Dwen” represents children. The mascot represents athletes’ strength and will-power and will help to promote the Olympic spirit.

The opening ceremony for the 2022 Winter Olympics will be held on February 4, 2022, at Beijing National Stadium in Beijing, China. The proceedings will combine the formal and ceremonial opening of this international sporting event, including welcoming speeches, flag hoisting, and the parade of athletes, as mandated by the Olympic Charter, with an artistic spectacle showcasing the host nation’s culture and history. Xi Jinping, General Secretary of the Chinese Communist Party and President of the People’s Republic of China, is expected to officially open the Games.

#BingDwenDwen and #ShueyRhonRhon say hello😍 and are ready to welcome all athletes of the ✨#Beijing2022✨ #Olympic and #Paralympic ❄#WinterGames to strive for excellence💪 and celebrate the beauty of #WinterSports!🎉
📸：Duan Xuefeng pic.twitter.com/9bQg2Kwx65

How can I watch the Beijing Olympics?

BBC iPlayer provides instant access to all Beijing games. But the BBC iPlayer broadcast is only available in the UK due to regional restrictions. Don’t forget to use a VPN to enjoy live Beijing Olympics games in your country. All you have to do is get a PureVPN chrome extension, connect to a UK server, and watch BBC iPlayer anywhere.

Where can I watch the Chinese Olympic games?

Many live channels and streaming services will be broadcasting the Beijing Olympics 2022 including Zattoo, The Olympics Channel (Australia), FuboTV, Sling TV, NBC, and more. But if you can’t access any streaming service due to regional restrictions, download and install a VPN.

How can I watch the Olympic 2022 online?

If you are in the US, FuboTV, Sling TV, and Hulu offer access to the Winter Olympics 2022 with exclusive access to the Opening Ceremony and the parade. In the UK, BBC iPlayer will broadcast the Beijing Olympics online for free. You only need an account and a VPN connection to stream the Olympics when traveling abroad.

How did Beijing get the Olympics?

Following the doping scandal-plagued 2014 Winter Olympics in Sochi, Russia, six potential European cities dropped out of the bidding. The widely publicized price tag of $51 billion US for Sochi also put off future bidders. When it came to voting in 2015 in Kuala Lumpur, Malaysia, the International Olympic Committee had only two candidates: Beijing and Almaty, Kazakhstan. Beijing won by a slim margin of 44-40 in a close vote marred by what some speculated at the time were voting irregularities.

Where are the next Winter Olympics?

The 2022 Winter Games will take place on Friday, February 4, 2022, and run through Sunday, February 20, 2022. Curling, figure skating, and ice hockey will all have preliminary events before the official start of the Beijing Games.

Are the 2022 Winter Olympics still happening?

Yes, the Winter Olympics will be in Beijing, China in 2022. You can watch all the games live online on BBC iPlayer for free with the PureVPN app on your smartphones or computers.

Beijing2022BeijingWinterOlympicswatch winter Olympic games
PureVPN PureVPN is a leading VPN service provider that excels in providing easy solutions for online privacy and security. With 6500+ servers in 78+ countries, It helps consumers and businesses in keeping their online identity secured. 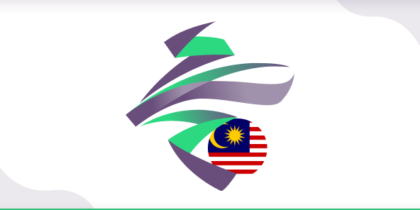 How to Watch the 2022 Beijing Olympics live stream in Malaysia 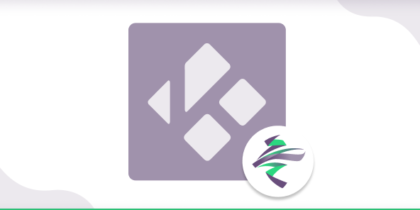 How to Watch Winter Olympics on Kodi Live Online 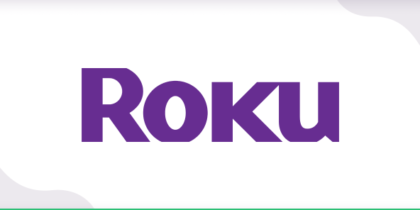 How to watch Beijing Winter Olympics on Roku