How to Watch Laxmmi Bomb on Disney+ Hotstar (2021 Guide)

Laxmmi Bomb is a remake of Muni 2: Kanchana where a transgender woman seeks revenge from her murderers by turning into a ghost and possessing a kid. The movie is full of nail-biting plots and satire as well. And the best part about Laxmmi Bomb is how it depicts the real life issues of transgender women and the LGBT community as they struggle to make a life without others judging their sexuality.

As the theaters are closed in 2021, many filmmakers are launching their movie projects on OTT platforms such as Disney+ Hotstar. Laxmmi Bomb is a new and the latest Bollywood movie which is set to release on the Hotstar service in November 2020. Dil Bechara previously made it to Disney+ Hostar and now Laxmmi Bomb, as well as 7 more stunning movies, are soon launching. 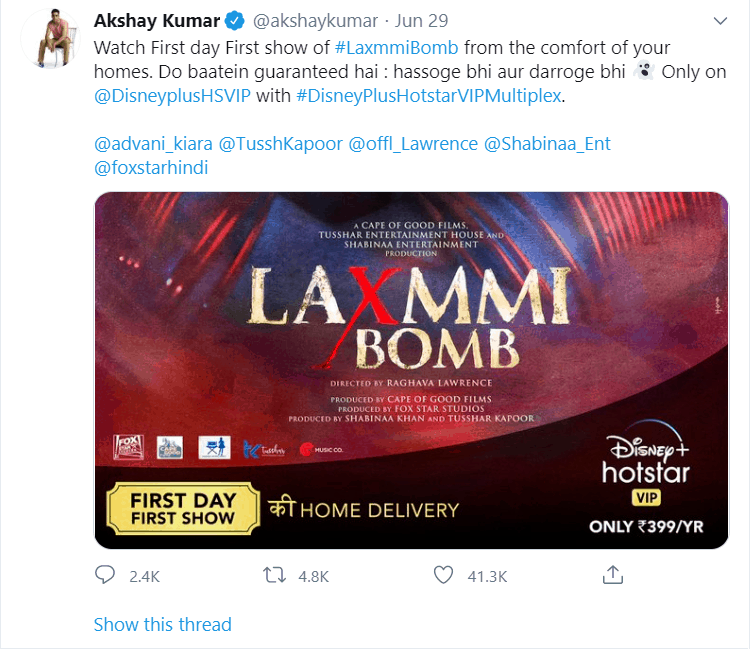 Laxmmi Bomb is not releasing in theaters because of the pandemic situation and only Disney+ Hotstar has licensing rights to show the movie as of yet. If you have a Disney+ Hotstar subscription and are living in India then all you have to do is log in to your account and enjoy the movie on the first day.

But sadly Laxmmi Bomb is not available anywhere outside India because of licensing contracts. The good news is you can enjoy the movie anywhere if you have a VPN at your disposal. Whether you are in Australia, Canada, Netherlands, or the United Kingdom, use a VPN and access all Disney+ Hotstar movies including Laxmmi Bomb 2020.

And yes! You can watch the movie on the release day. Here’s how you can do it: 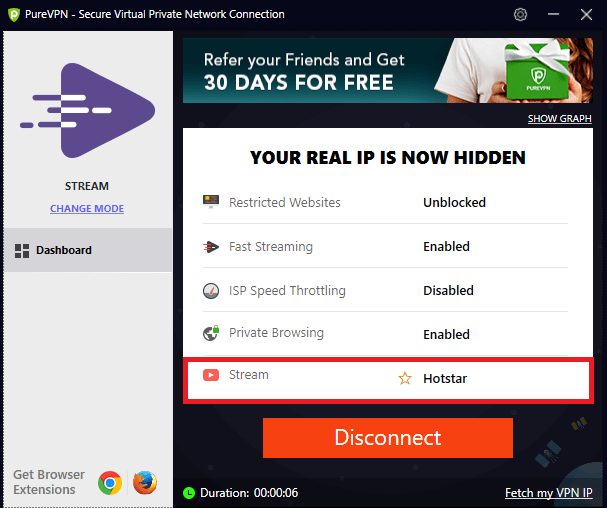 The movie is releasing on 9th November 2020.

What’s the Storyline in Laxmmi Bomb?

This is a movie about a ghost of a transgender woman who haunts every person who stays in the house. She believes the world was mean to her and misunderstood the transgender community so she takes revenge.

Although Laxmmi Bomb is a comedy-horror movie, the main attraction is the star cast Akshay Kumar as the transgender woman and Kiara Advani as the love interest. This movie is a Hindi remake of an existing Tamil movie Muni 2: Kanchana which was a blockbuster.

To make a long story short, the movie depicts the life of a boy who is possessed by a ghost and he changes his behaviors, lifestyle, and starts turning into a transgender woman. The ghost wants to take revenge from the people who killed her family.

The Laxmmi Bomb Cast to Watch Out for: Akshay Kumar as Akshay Roy, Kiara Advani as Amisha, and Tusshar Kapoor as Gaurav Roy.

What Else Can You Watch on Disney+ Hotstar

Besides Laxmi Bomb, you can enjoy Dil Bechara, Sadak 2, Lootcase, The Big Bull, The Pride of India, and Khuda Haafiz in 2020. Disney+ Hotstar has a wide catalog that is full of enticing stuff ranging from Disney+ originals, legacy titles, live sports, all Disney movies, as well as Fox, Showtime, and HBO shows.  On the plus side, you can get the cheapest Disney+ subscription if you choose Disney Plus Hotstar as your primary streaming service.

Yes! Laxmmi Bomb is a Hindi remake of the blockbuster Tamil movie Kanchana. Therefore you can expect the same storyline and plot but the characters are different. Raghav Lawrence is the director of this movie and the movie is set to release on 9th November 2020.

2. Where can I watch Laxmmi bomb?

Only Disney+ Hotstar has licensing rights to show Laxmmi Bomb as per our resources. If you are living in India then you can easily get a Hotstar subscription and stream trending Bollywood content. But if you are in Australia, Canada, the Netherlands, or Europe then use a VPN to access Disney+ Hotstar on your devices.

3. Is Laxmmi Bomb released on Hotstar?

The launch date is 9th November 2020. However, the filmmakers wanted to release the movie in April 2020. We are waiting for the movie trailer which is set to release on the 15th of August 2020.

4. Will Dil Bechara be free on Hotstar?

Yes! Dil Bechara is free for all Disney+ Hotstar subscribers and non-subscribers as well. As a tribute to late actor Sushant Singh Rajput, the Hotstar service released the movie for free.

5. What is Disney+ Hotstar?

Hey, Bollywood fans! As we, the PureVengers, know how amazing Indian movies are, you can also become a part of the streaming community. We don’t think that theaters are going to open soon considering the situation. You can entertain yourself at home by accessing all major streaming services from anywhere. Besides Disney+ Hotstar, you can also enjoy Netflix, Hulu, HBO Max, or BBC iPlayer.

besthotstarmoviesDisney+Hotstarhotstarmovielaxmmibombstreamingvpn
Sameed Ajax Sameed is a Digital Content Producer at PureVPN who covers cybersecurity, streaming, and weekly news. Besides that, he wastes time playing FIFA, eating pizza, and sending tweets.