You can easily watch PSG vs Bayern Munich with PureVPN securely in 3 Steps.

2. INSTALL : The app on your prefered device

3. CONNECT : To the Russian Server& head to Matchtv.ru

Where to Watch PSG vs Bayern Munich Live Streaming

There are lots of places where you can live stream the battle between the two European giants. Any of the channels mentioned below can easily be accessed by using PureVPN.

PSG vs Bayern on which channel

Note: The streaming websites mentioned above have geographical restrictions placed on them. If you live anywhere outside these countries, you can use PureVPN to still get access to these channels. More on this below.

How to Watch PSG vs Bayern Munich Live Online?

You might already be aware that most streaming channels on the web are restricted to certain viewers only. If someone from India tries to access BT Sport, the user will immediately be shown an error message stating that the website or stream is not available in his region.

Here is how you can use PureVPN to get access to these channels and watch PSG vs Bayern Munich live from anywhere: 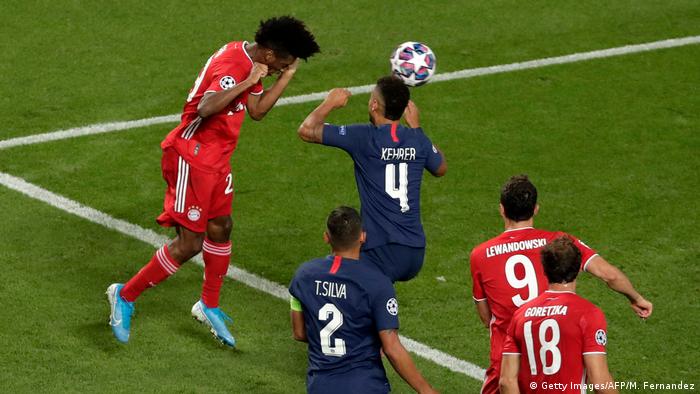 We were well aware that this is going to be an amazing fixture. But no one could have predicted that the first-leg would be as entertaining as it turned out to be. This was a game in which the champions of France and the champions of Germany faced each other. No wonder that it was bound to be so entertaining. We shouldn’t forget that both these teams also faced each other not too long ago in the Champions League final.

Although Bayern Munich was the favorite to win the home leg, things didn’t turn out so well for them. The club conceded three away goals at the hands of the Parisian club. And just like his performances against Barcelona, Mbappe proved to be the lethal player yet again. His brace made all the difference against the German club.

Things don’t look too sweet for Bayern Munich going into the second leg. Not only do they train behind, but they also have to worry about the three away goals they conceded in Berlin. Lewandowski might not be available due to injury, which would be a problem. But it would be a mistake to sideline just yet. This is one of the strongest Bayern Munich sides, and it might turn out to be very easy for the German club to overturn the deficit and progress to the semi-finals of the Champions League.

How to Watch Mortal Kombat on HBO Max in UK, Canada and Australia