What is Advanced Encryption Standard

Advanced Encryption Standard, also known as Rijndael, was established back in 2001 by the United States’ National Institute of Standards and Technology (NIST) to secure the sensitive data of all kinds usually implemented on the software and hardware throughout the world.

NIST then came up with an advanced encryption algorithm known as a block cipher which is chosen based on the following features:

The cost is intended to be released on a royalty-free basis globally, and the algorithms are evaluated based on its memory efficiency, which makes it cost-effective.

The AES algorithm is evaluated based on its ability to resist an attack in comparison with other ciphers. The security has to be the most important strength of the AES algorithm.

AES is a complex process, but once the data goes through this process, the original content comes out in a code language that is understandable only by the computer. For example, if you have written ‘I need to go to school tomorrow,’ then the data would show something like “ok23b8a0i3j 293uivnfqf98vs87a”.

This shows that once the data is secured with AES, it comes out in the form of a random string of different characters, which is made on the basis of mathematical operations applied to the content. The content can only be understood by the system.

Here is how the AES process takes place:

The AES key expansion algorithm takes as input a four-word (16-byte) key and produces a linear array of 44 words (176 bytes). This is enough to deliver a four-word round key for the initial AddRoundKey stage and each of the ten rounds of the cipher. 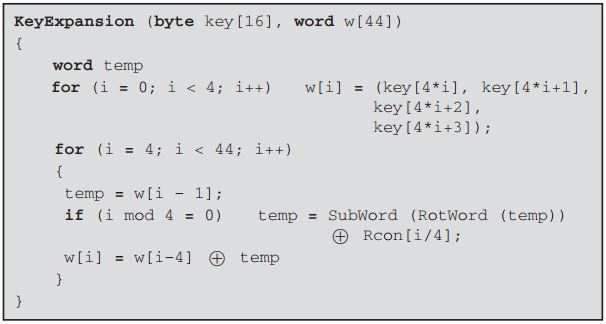 Each point of the data is changed based on a predetermined table, and this is the most crucial role of the Advanced Encryption Standard. 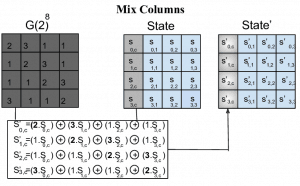 It helps in altering the data in a non-linear format, which creates confusion for the other person when reading the information. This helps in hiding the data and creates a secured relationship between the original content and the encrypted data.

This step is also critical. This helps in transposing the data to add more complications to it. The data is moved from its originality to obscure it further by shifting rows and altered in a horizontal way.

This step works exactly like shift rows, and the only difference is that the data is moved horizontally instead of moving it vertically. 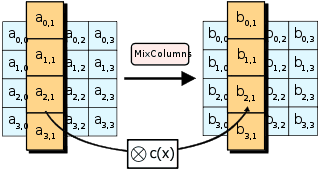 This is the last step in which a new round is derived from the initial key, which helps in adding greater confusion to the data, which makes it even more secured. 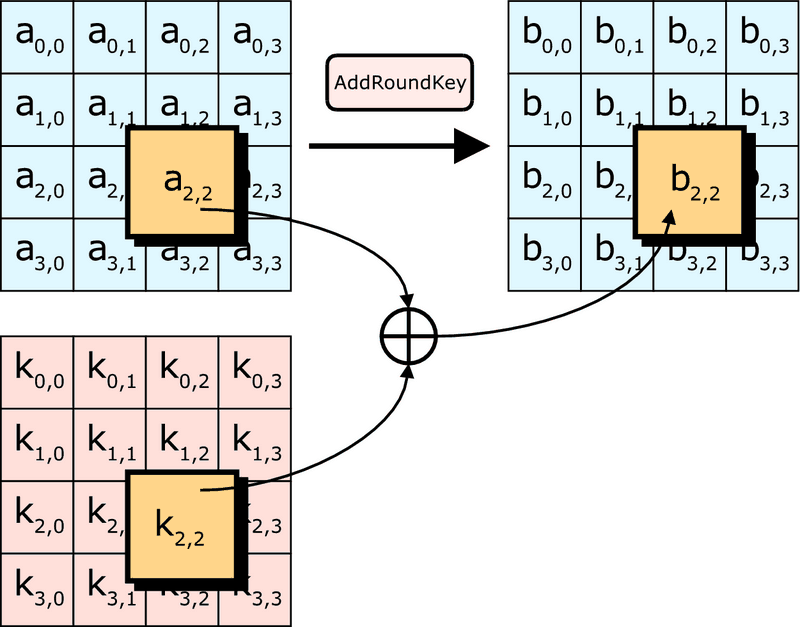 In today’s digital age, private data is transmitted online, which is where AES jumps into play. AES has been playing a critical role in defending our online security since 2001.

Over the years, AES has become much more reinforced by adding keys, shifting rows, mixing columns, and byte substitution, making it one of the essential tools for online data security. Irrespective of the fact that AES gets multiple attacks such as current potential side-channel attack and theoretical attack, AES remains secure.

AES is the most useful and highly recommended standard for data security and is applicable in different situations where sensitive data needs to be electronically transferred. AES should be used without any concern since it is the safest technique in the current level of technologies and attack techniques.

At a very basic level, encryption helps in encoding the information so that only those who have access to the information can decrypt the data to understand it. For all those who don’t have the access key, the data will be gibberish in nature.

With the key, all the random characters are then turned into its original content. Encryption is very important and used almost everywhere, such as:

Advanced encryption standard is used by governments and militaries across the globe to ensure their national security information doesn’t land in the wrong hands. The US government widely uses AES by default since a large share of personal and work dealings are done online, so all the electronic data has to be protected with the highest military-grade encryption.

Banks use encryption for obvious reasons – securing the confidential data of their customers. Without encryption, the personal information of clients and the banks itself would be much easier for people to intercept, especially for cybercriminals and fraudsters.

Not just organizations, everyday people use encryption for their personal use as well. Encryption helps internet users conceal their valuable information in a way that only those who have the authorization key can have access.

The reason why encryption is one of the most vital tools today is that our modern-day infrastructure requires encryption to secure our processes. With data being transferred through electronic mediums, security is paramount, which is why AES plays a vital role.

It is of great importance that cryptographers analyze any weaknesses in AES and come up with better technologies to be one step ahead of cybercriminals and hackers. Since its inception, here are a few side attacks that have come to light:

A series of related key attacks were discovered back in 2009. According to security experts, such attacks occur when AES is not implemented properly, and cipher operates under different keys. However, today’s AES doesn’t have this issue as the issue has been fixed.

This occurs when the information from the system is leaked. In this kind of attack, the attackers closely observers timing, sound, and other related information before breaching. If the algorithm of AES is carefully implemented, then this type of attack can easily be prevented by ensuring that there is no link between the leaked data and the AES processes.

In the early years of AES, the security algorithm was often cracked and subject to intense scrutiny. If you look at it, those very attacks and ethical hacking practices made it secure for us today.

Had AES not been hacked and integrated with security patches, it wouldn’t be considered as a secure medium for encrypting the most confidential data. Moving from 64-bit encryption to 128-bit and now 256-bit, AES has had a long ride.

Just cracking the AES algorithm on the 128-bit key could take billions of years. The only kind of attack that could potentially come close to cracking AES is known as a Side-Channel Attack. This kind of attack is done based on the information gathered through the physical implementation of a cryptosystem and can still exploit the AES system.

Like any other algorithm, here are few of the potential weaknesses AES faces:

Why Cipher was chosen for AES

As with any other encryption standard, there have always been trade-offs. The standard that was exponentially more secure than AES was easily available, but it took a long time to encrypt and decrypt data, which isn’t practical.

Therefore, block cipher was chosen by NIST, which could cater to all the abilities, including the effectiveness of its performance for both hardware and software, and also made the implementation of encryption standard easier while maintaining its high level of security.

With the increasing ratio of cyber-attacks on the rise, it is imperative that you have a system that can keep your valuable information safe and far away from prying eyes. AES helps in maximizing the digital security of your online information and mitigating any vulnerabilities towards online attacks.

PureVPN offers AES 256-bit encryption and other pristine features. PureVPN’s self-engineered and self-optimized VPN network ensures the highest secrecy of your online activities. Once connected with PureVPN, you can rest assured about your online privacy and security.

Advanced Encryption StandardAESencryption
Ather Owais Ather Owais is a tech and cybersecurity enthusiast. He is a strong advocate for online privacy and security, following technological trends and their impact on today's digital era.

How to Watch Star on Disney Plus in the USA

Best VPN to Protect Yourself from Hackers in 2021