How to Watch the Emmy Awards 2019 Online

Wondering how to watch the 2019 Emmy Awards live online? All you need to do is follow these simple steps below: 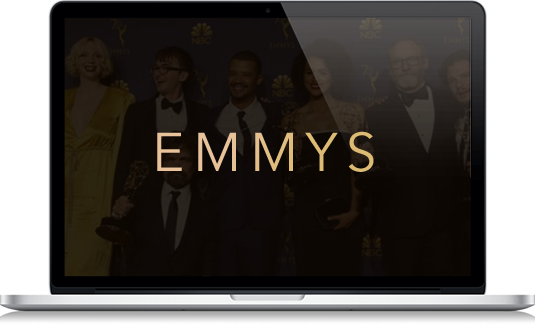 When To Watch 71st Emmy Awards?

There are the Academy Awards for cinema/film, the Grammy Awards for music and the Tony Awards for Theater. Similarly, there are the Emmy Awards that recognize artistic excellence in the television industry. And this year, they are going to host the 71st installment of Primetime Emmy Awards at the Microsoft Theater in Downtown Los Angeles, California.

Due to the 71st Emmy Awards being a global event, fans from all over the world are interested not only watching the live ceremony but also the red carpet event. And since broadcasting rights for the Emmy Awards switch every year between the big four, fans can tune in to Fox this year to watch the event live. You can also use other streaming devices to watch the 71st Emmy Awards like the ones mentioned below:

You might face some problems with service such as Fox, FuboTV, Youtube TV, and Hulu with Live TV, since these channels have restricted access. However, you can watch the Emmys on Fox or any other third-party services with a premium VPN service such as PureVPN.

How To Watch 71st Emmy Awards?

According to Fox CEO Charlie Collier, the 2019 Emmy Awards will not have a host but will still be an opening number. We have seen something similar happen with this year’s Oscars where Kevin Hart dropped out of the hosting act, leaving the event to go one with a host. So, it’s going to be exciting to see how the Emmys will carry on as previously the Emmys have always had a host.

The CEO stated that “We’ve had a lot of names on the board, but the conclusion was reached this year that we’re highlighting so many shows going away that it was a better use of the time. There will be entertainment. There will be an opening number. If you look at the trade-offs in a show like the Emmys, so often it’s a trade-off between the opening acts and using the time elsewhere. There will be many surprises. It will be entertaining.”

Emmy Awards 2019 Nominations and Our Predictions 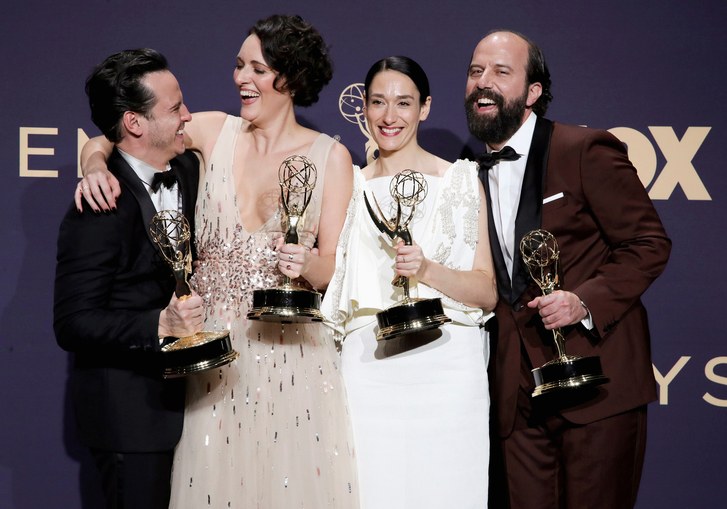 Given its series wrap-up, Game of Thrones dominates with a record-breaking 32 nominations, 10 more than what the series had last year. Seven of 12 spots in supporting actor categories went to GoT actors while Amazon’s The Marvelous Mrs. Maisel clocked in a close second with an equally impressive 20 nominations.

Other series nominated in the double digits include Chernobyl (19), Saturday Night Live (18), Barry (17), Fosse/Verdon (17), and When They See Us (16). Also pulling in several nods were Pose, Killing Eve, Succession, and This Is Us.

After Netflix overtook HBO in 2018 with 112 nominations to HBO’s 108, the premium network reclaimed its title this year with a total of 137 nominations compared to Netflix’s 117. A large portion of HBO’s nods went to GoT, other series, including Barry, Veep, and Chernobyl, were also honored. Netflix’s nods, meanwhile, are spread out among series such as When They See Us, Russian Doll, Ozark, and GLOW, among others. Surprisingly missing from some of the biggest awards categories is Hulu’s The Handmaid’s Tale, as the series wasn’t eligible since the new season didn’t start until June.

The nominees for this year’s Emmys were announced this July. Here is the nominees’ list for the upcoming Emmy Awards 2019.

Prediction: With shows like Ozark, Better Call Saul and This Is Us, competition is quite fierce. However, even though the final season was followed by some controversies, it is still likely that Game of Thrones will be taking home the title of the Best Drama Series of 2019.

Prediction: This year, we have several pretty impressive limited series and movies. However, the level of excitement and thrill that came with watching HBO’s Chernobyl is equal to none other. Hence, we predict, Chernobyl is going to taking home the title for the Best Limited Series of the year.

Prediction: With giving viewers the power to make their own decisions for the main character, Bandersnatch is an interactive movie which we predict, will be winning the title for the Best Television Movie of this year.

Lead Actor in a Drama Series

Prediction: With Game of Thrones predicted to win the Best Drama Series for the year, we believe, that is not the only award which the show will be taking home during the 71st Emmys. With a brilliant performance during not only the final season but in the entire series, Kit Harington from the Game of Thrones series will be winning his first-ever Emmy Award this year.

Lead Actress in a Drama Series

Prediction: Daenerys of the House Targaryen, the First of Her Name, The Unburnt, Queen of the Andals, the Rhoynar and the First Men, Queen of Meereen, Khaleesi of the Great Grass Sea, Protector of the Realm, Lady Regent of the Seven Kingdoms, Breaker of Chains, Mother of Dragons and now the Lead Actress in a Drama Series. There is no doubt Emily Clarke is going to winning the title this year.

Lead Actor in a Comedy Series

Prediction: After winning the same title last year, we believe, this year, Bill Hader from the comedy series, Barry, is going to be taking home the title for the Lead Actor in a Comedy Series again.

Lead Actress in a Comedy Series

Prediction: With The Marvelous Mrs. Maisel expected to the award for the best comedy series of the year, we predict that the actress that made that happen, Rachel Brosnahan is going to be awarded the title for the best lead actress in a comedy series.

Lead Actor in a Limited Series or Movie

Prediction: This year, with shows like Chernobyl, True Detective and Fosse/Verdon, the competition quite fierce when it comes to the best lead actor as all three, Jared Harris (Chernobyl), Sam Rockwell (Fosse/Verdon) and Mahershala Ali (True Detective) gave one of the best performances we have seen on TV. However, we believe, this year, Jared Harris will be winning the title.

Lead Actress in a Limited Series or Movie

Prediction: We believe, this is the year, Amy Adams is finally going to be winning her Emmy award as her performance in Sharp Objects was just too good. That being said, Michelle Williams from the series, Fosse/Verdon might just come in the way as her performance was quite exceptional also.

Supporting Actress in a Drama Series

Prediction: With four supporting actresses nominated from the Game of Thrones series, there is no doubt one of them will win the award. However, out of the four, after her exceptional performance during the final season of the series, we believe, the statue will be awarded to Maisie Williams (Arya Stark).

Supporting Actor in a Drama Series

Prediction: Anyone who has watched the Game of Thrones series which almost every single person on this planet, you know that this show is nothing without the witty dwarf, Tyrion Lannister. Because of this, we are sure that this year, Peter Dinklage is going to be taking home the statue for the Best Supporting Actor in a Drama Series.

Supporting Actress in a Comedy Series

Supporting Actor in a Comedy Series

Prediction: Last year, we saw Henry Winkler from the show, Barry, take the statue for the Best Supporting Actor in a Comedy Series. And well, after this impeccable performance recently, we believe, history is going to repeat itself this year.

Supporting Actress in a Limited Series or Movie

Prediction: When “Sharp Objects” premiered on HBO last summer, it seemed destined for all sorts of awards, particularly for its lauded star, Amy Adams. Clarkson’s role as a hog-slaughtering empress was truly amazing and deserved to win this award

Supporting Actor in a Limited Series or Movie

Prediction: Skarsgård has given a bevy of great moments as a Soviet bureaucrat in “Chernobyl,” his bleak humor carrying viewers through the show’s river of dread and horror. As a man forced to come to terms with a lifetime spent defending a broken system, Skarsgård gave the series a beautiful, inspiring dignity and deserves to win.