How To Watch Ballon Dor Live

With the help of our 3-step process, you can watch the Ballon Dor live from anywhere in the world.

Who is the best player in the world? This question leads to an intense debate between the Lionel Messi and Cristiano Ronaldo fandom. Both sides have logical reasons for supporting their favorite player, and we’re not going to oppose them.

Both players have already won 5 Ballon d’Or awards each. They’ve also won FIFA “The Best” awards and many other prestigious individual trophies. In terms of the individual trophies they’ve won, both can be ranked as equals. However, some still argue that if one of these players wins another Ballon d’Or trophy, then that may settle the debate as to who is the better player.

And guess what, tonight may just be the night when the scoreboard changes from 5-5 to 6-5. Both Cristiano Ronaldo and Lionel Messi enjoyed a stellar year filled with individual performances and trophies. It is possible for either of the two to win the Ballon d’Or trophy yet again.

And it is not just Ronaldo and Messi who are fighting for one of the most prestigious individual award, Virgil van Dijk is another player who is in the race to win the Ballon d’Or trophy. And if he succeeds, then this would be one of those rare instances when a defender receives the acknowledgment for being the best in the world. 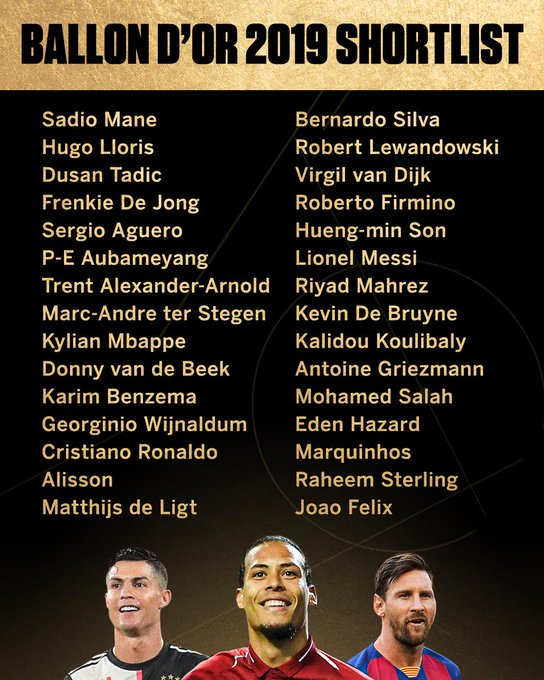