Spain’s top-ranked professional football league, La Liga, is all set to take place from August 12, 2022 to June 4, 2023. With acclaimed clubs like Real Madrid and Barcelona in the mix, it’s no surprise that football fans are desperately looking for a way to watch the upcoming matches of the 2022-23 La Liga season online. With PureVPN, you can watch the La Liga live stream no matter where you are. 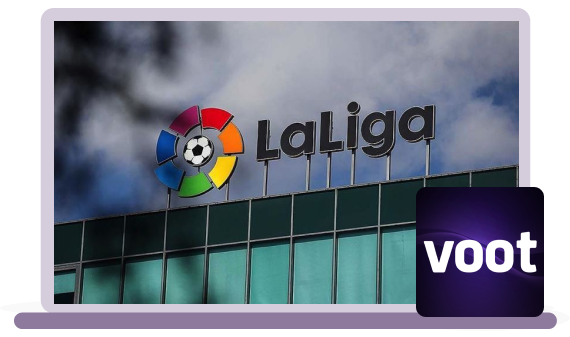 How to watch La Liga on Voot with PureVPN

By following these 3 simple steps, you can easily watch La Liga on Voot from anywhere: 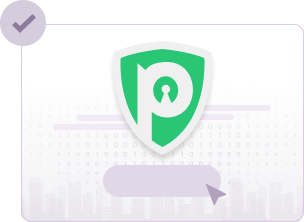 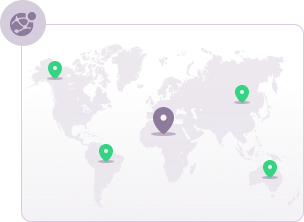 to a high-speed server in India. 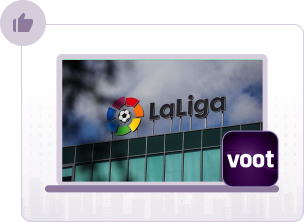 Where to watch La Liga 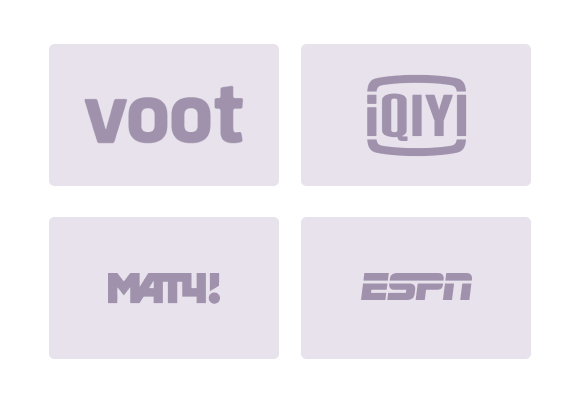 Thanks to a variety of streaming services acquiring the rights to broadcast La Liga, you can stream your favorite La Liga games from anywhere in the world.

Watch La Liga in the US

For US fans, ESPN has signed an eight-year streaming contract for La Liga live matches. Cord-cutters can stream La Liga matches via cable TV replacement services that offer ESPN in their channel lineup, such as Sling TV and fuboTV. If you are a US resident traveling abroad, you can still access local live streams of La Liga with the help of PureVPN.

Watch La Liga in the UK

This La Liga season can be streamed on Amazon Prime for which you’ll need to subscribe to their premium Prime Video account first, which costs £7.99 a month. Moreover, La Liga TV also has UK broadcasting rights for La Liga. The channel, available on TV from £9.99 a month through both Sky and Virgin Media, is run by Premier Sports. If you are a UK resident traveling abroad, you can still access local La Liga live streams using PureVPN.

La Liga fans in Canada can now watch live La Liga matches online on TSN Direct and RDS, who have taken over the rights from beIN. This streaming platform costs CA$19.99/month, but you can save some bucks by signing up for their yearly subscription, which is CA$199.90. If you are not in Canada, don’t panic; you can still access local live streams of La Liga by connecting to PureVPN.

Kayo Sports is the official online broadcasting partner of the La Liga in Australia. For online streaming, you will have to subscribe to their premium video account for $25 per month, which is shareable with one additional device, and the tri-screen streaming option is available for $35 per month. If you are not in Australia, you can still access local La Liga live streams via PureVPN.

What app can I watch La Liga on?

You can watch La Liga matches on Sling TV, fuboTV, Voot, TSN, and a wide variety of other streaming services, all of which offer apps for various devices. Just download the app on your device, connect to a VPN if the streaming service is unavailable in your region, and you are good to go.

Does Peacock have La Liga?

Yes! Peacock is NBC’s way to tap into the US streaming market. The service offers ESPN, with which you can catch all 380 La Liga games online.

What channel is La Liga on in the US?

Fanatiz, ESPN+, and FuboTV offers instant access to La Liga games in the US and a few other regions. With Fanatiz, you can not only stream La Liga online but also get access to the Italian Serie A, Copa Argentina, Sevilla TV, Real Madrid TV, and more. But the content might differ based on your geographical location.
We use cookies on our website to give you the most relevant experience by remembering your preferences and repeat visits. By clicking “Accept All”, you consent to the use of ALL the cookies. However, you may visit "Cookie Settings" to provide a controlled consent.
Cookie Settings Accept All
Manage consent