How to Watch Serie A Live Streaming

1. Get the PureVPN subscription
2. Connect to a SONY LIV from popular website options
3. Start streaming 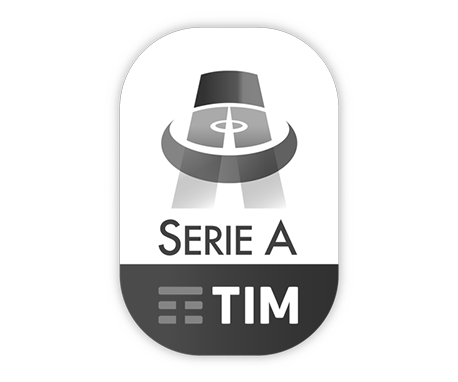 Like the Premier League & La Liga which are the top tier leagues in the UK and Spain, the Liga Serie A was also suspended until further notice amid the Coronavirus pandemic. This season, the Serie A was to welcome back Brescia, Lecce and Hellas Verona.

As of the most recent developments, the clubs have already voted to resume Serie A by June 13, 2020. The decision is still pending approval though. However, due to their poor performance during the previous season, we are going to be bidding farewell to Chievo, Frosinone, and Empoli. They will be playing the 2019-2020 season in Liga Serie B.

Where Can I Watch Serie A Matches?

Since the Liga Serie A is ranked third in the popularity index, most international channels prefer to broadcast matches which are being played in either the Premier League or the La Liga. This leaves many Serie A fans on the lookout for possible live streams which can get quite frustrating. So, to help these fans out, here is a list of the official international broadcasters’ list for the Liga Serie A.

How to watch Serie A live online

From the list above, you can see that even though there are dedicated channels which are broadcasting Liga Serie A in countries outside of Italy, there are still some countries where Serie A matches are not broadcasted. So, what should a fan living in such a country do? Well, the answer is easier than you think.

All he has to do is subscribe to a VPN. Only through such a software will he or she will be granted access to watching Liga Serie A matches, even though if they live in a country where no one is broadcasting the matches. So, how is this done? Well, it’s simple.

Check out these steps below if you wish to use VPN for your Liga Serie A live streaming needs:

How to watch Serie A on DAZN

You can easily watch all Serie A matches live on DAZN. Here's how:

How to watch Serie A on Sky

Serie A fans can watch Serie A live on Sky Sports. Just follow these steps:

How to watch Serie A on Apple TV?

For those of you who wish to watch Serie A on Apple TV, simply follow the steps listed below:

How to watch Serie A on Xbox One?

Those of who wish to enjoy Serie A on their Xbox Ones, follow the steps below:

How to watch Serie A live on PS4?

If you wish to live stream Serie A matches on your PlayStation 4, follow these few steps mentioned below:

How To Watch Serie A Live Streaming In USA

For our Serie A fans in the USA who wish to livestream their favorite team’s match, we got your back. You can either connect to ESPN or ESPN+ to watch Serie A matches or follow these simple steps listed below if you wish to use a VPN.

How to Watch Serie A Live in India

Indians who avidly follow Serie A can tune in to Sony ESPN for the weekly matches. However, those interested in more than just the matches, for instance, talk shows and post-match analysis, can check out Premier Sports. To do so, simply follow the steps mentioned below:

With the rivalry between Inter Milan and AC Milan, Serie A was always one of the favorite football leagues to watch. However, the past couple of years, with Cristiano Ronaldo and other major stars making their move to the Italian league, the love for Serie A has skyrocketed.

Now, with teams like Juventus, Inter Milan, Lazio, Roma, and even Cagliari constantly battling it out in the 2019/2020 Season, the competition is higher than ever before. Every week, we see a major upset, which completely changes everything.