You can easily watch UEFA Nations League matches on any channel whether it is Optus Sport, Sky Sports, NOW TV, or SonyLIV. But if you can’t access any region-locked channel then use our guide below. Here is a quick way to enjoy UEFA Nations League live streaming in Australia, Canada, United States, New Zealand, Spain, England, France, or anywhere else.

1. Subscribe to the PureVPN app.
2. Connect to SonyLIV from the Popular Websites list.
3. Enjoy Stream live football matches in your country. 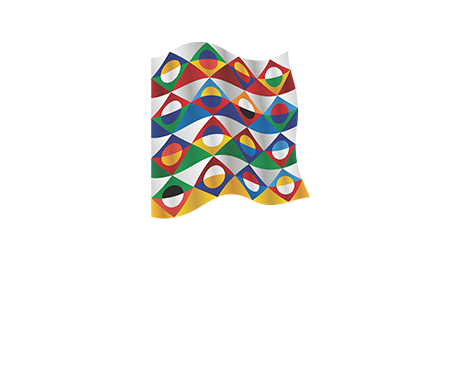 Are you desperately waiting to watch International football matches when you know the Euro 2020 and the World Cup is not happening this year? We have got you covered. You can now enjoy the 2nd edition of UEFA Nations League matches live and watch your favorite players perform their International duties.

The Nations League tournament is practically new in which 55 national football teams play against each other to win the trophy, without any promise that a team can reserve a place in the FIFA World Cup. On September 3rd 2020, the competition will begin with Germany taking on Spain in the first match.

Portugal won the first UEFA Nations League competition and the team is looking forward to defending the title this season. With top-rated players like Sergio Ramos, Thiago Alcantara, Manuel Neuer, Serge Gnarby, Cristiano Ronaldo, Virgil Van Dijk, and De Jong, you are going to enjoy back-to-back matches from any country.

Where to watch UEFA Nations League?

Football fans don’t miss a single match and that’s why it is imperative that you watch all UEFA matches. Whether it is Iceland vs. England or Germany vs. Spain, football is always exciting to watch. This is why we are going to help you stream all live fixtures, no matter the country you are living in.

To watch all matches live on US TV, Sky, Now TV, ESPN, SonyLIV, or BT Sport in a country where the service is not available, you can use a VPN app. All you have to do is change your IP address and virtually transport your device to any country to stream Nations League 2020. Some sports channels are free and have licensing rights to show all the live matches.

Here’s how you can stream the 2020 UEFA Nations League:

How to Watch UEFA Nations League in the United Kingdom

Sky Sport has licensing rights to show all the live coverage and this is good news for UK citizens. You can watch UEFA matches on SkySports, and also use a SkySports or NowTV pass to stream the sports channels if you are a cord cutter. But if you are staying somewhere outside the United Kingdom and want to access Sky Sports in a country like India, Australia, Canada, or the Netherlands, follow the steps mentioned below.

How to Watch UEFA Nations League in the United States

You can tune into ESPN and stream all the live matches of the 2020-2021 season. But there are other ways to enjoy UEFA Nations League live streaming if you are currently in the US. An existing Sling TV subscriber can use the Orange plan to access ESPN to watch UEFA matches.

On the plus side, you can access ESPN on YouTube TV and AT&T Now as well. But if you have Sling TV and ESPN subscriptions and can’t access the channels due to geo-restrictions then consider using a VPN app. In this way, you can easily access US channels in another country. Not sure how to use a VPN app? Here is a summary:

How Does the UEFA Nations League Work

The Nations League is a competitive UEFA competition that is divided into four divisions. Consider this as an alternative to International friendlies where teams have a good chance to win trophies (who doesn’t want one.)

The format divides all 55 teams into four leagues, which comprises League A, B, C, and D. Any national team that wins in League A will eventually play the finals in September 2021. All the teams will be promoted to League A that wins each group in League B, C, and D. Sadly, the teams will also be relegated if they fail to finish at the top half of the Groups.

It works just like League Divisions where the top teams who won the most points stay in the 1st Division, and the bottom three teams are relegated to the 2nd Division. This is an amazing concept and keeps the UEFA competition alive, and it is way better than International Friendlies.

The best part is two national teams have a chance to qualify for the 2022 FIFA World Cup in Qatar. Currently, Wales, Scotland, England, Republic of Ireland, and Northern Ireland are a few teams that belong to the top tier divisions.

You can enjoy International clashes in the Nations League as some of the top teams fight head-to-head to qualify and win the competition or at least qualify for the World Cup. The defending FIFA World Cup champions, France, will play against Croatia just like they did in the 2018 final. For you, here is a brief review of the most important upcoming matches in the competition:

Germany vs. Spain: Although Germany failed to win the World Cup, the team is stronger than ever with players like Julian Draxler, Tony Kroos, and Reus who are in exceptional form. On the other hand, Spain has Thiago Alcantara and Ansu Fati who will be in the first team line up for the competition.

Netherlands vs. Poland: The Dutch coach, Koeman, has recently joined FC Barcelona as their head coach and will be a huge miss for the Netherlands this season. Although Poland is a notch below the Dutch side because Virgil Van Dijk, Memphis Depay, and Frenkie De Jong strengthen the defense and midfield.

England vs. Iceland: England will face off Iceland in their first match but there is some bad news for the United fans. Harry Maguire and Marcus Rashford are both out of the first-team squad because of court allegations and injuries. The good news is some English players are looking to make their first team debut such as Kalvin Phillips, Maitland-Niles, Jack Grealish, and Conor Coady.

Portugal vs. Croatia: Three times Ballon d’Or winner Cristiano Ronaldo will play against his ex-teammate Luka Modric on Saturday the 5th of September. Both of the International teams have good squads with Croatia having an edge based on squad depth and talent.

There are a few changes in this UEFA’s edition. Each group has four teams now but in the 1st edition, there were only 3 teams. This means Northern Ireland, Germany, and Republic of Ireland are not relegated and now a part of the lower divisions. The rule is: 3 out of 12 International teams have a chance now to qualify for the FIFA World Cup.