Want to stream the FIFA Women’s World Cup 2019? Here’s how you can do it in just 3 simple steps:

However, there is going to be one major change as unlike the previous events, the FIFA Women’s World Cup 2019 will be the very first event to feature the all-new Video Assistant Referee (VAR) system. We have already seen the impact of this new system in major football leagues and the previous FIFA World Cup, so its implementation in the FIFA Women’s World Cup is going makes things a whole lot more exciting.

To avoid these regional limitations and restrictions, one can use a VPN or a Virtual Private Network through which he/she can mask his/her location to anywhere in the world. This not only grants the user a second layer of security but it also give users access of restricted content. So, for all those who are facing such issues and wish to watch the FIFA Women’s World Cup 2019 then let us introduce to you – PureVPN.

With over 2000+ servers spread out over 140+ plus countries, PureVPN is one of the best VPNs for the job. So, for all those looking to bring ease into their online viewing lives, follow the step-by-step guide below and never look back.

How To Watch FIFA Women’s World Cup 2019 without Cable

For those of who you wish to watch the FIFA Women’s World Cup 2019 without cable, there are a number of different online streaming services which can do the trick for you. This includes Hulu with Live TV, FuboTV and more but these two are the best in the business due to their below-the-margin subscription costs and cross compatibility with other devices.

Hulu with Live TV is a $45 per month subscription which allows you to not only view matches live but you can also catch up on the matches you might have missed. Now for $45 a month, you might thing that this is too much but there’s more as you not only get access to Live TV but also Hulu’s massive streaming library which features tons of different moves and TV shows, plus quite a few exclusives as well.
So, all in all, Hulu with Live TV is quite the deal. That being said, you will need PureVPN, if you wish to take this route, as Hulu is limited to only the US region.

FuboTV is another over-the-top streaming service which allows viewers to access and watch live events like the FIFA Women’s World Cup 2019. And all this for a monthly subscription of $45. Now, compared to other online streaming services, it is the most expensive. However, if you are only interested in watching the FIFA Women’s World Cup 2019 then there is a loophole you can exploit.
FuboTV has a one-month trail which costs $20 and since the World Cup is only going to last a month, this is the perfect thing for it. But like other streaming services, FuboTV is limited to the United States viewers only but PureVPN can help you out there. 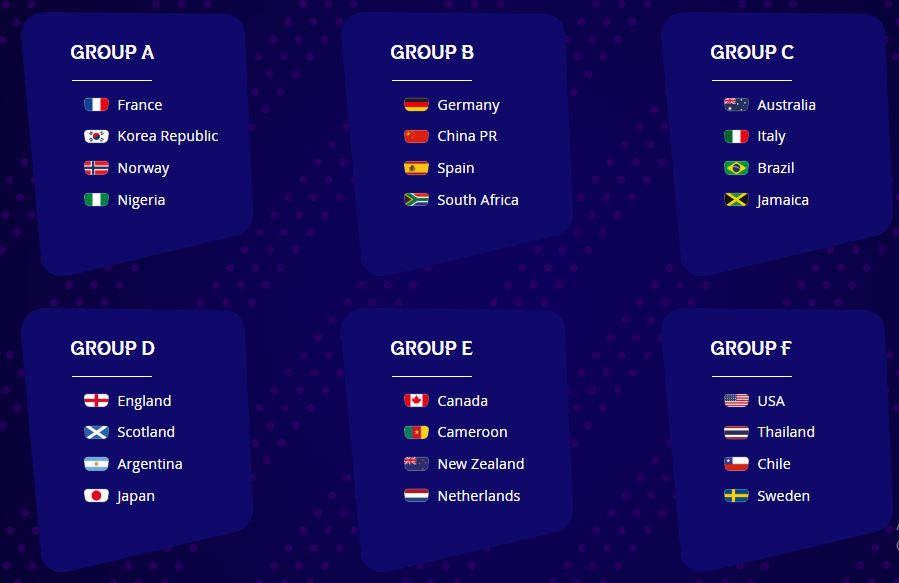 How To Watch Women's World Cup From Anywhere in the world

The FIFA Women’s World Cup 2019 is going to be broadcasted on major channels like the BBC, TF1, FOX and many more. However, due to numerous regional limitations and restrictions, there are some countries which might not have access to such channels. As a result, viewers from such countries might face some issues if they wish to watch the FIFA Women’s World Cup 2019 live and online.

As a result, these viewers have to look for alternate methods through which they can watch the event. But in most cases, either the streaming is of very low quality or it suffers from buffering. And this as we all know, in an event like the World Cup, can be quite frustrating. Well, what if we were to tell you, there is way you can watch the FIFA Women’s World Cup 2019 without such issues.

The FIFA Women’s World Cup 2019 is just around the corner. So, for all those who are interested in watch the event live, we would highly, highly recommend you to be prepared for it from before, so that you don’t miss out on anything. Get your subscriptions in line and be prepared to see some amazing goals.