Are VPNs Legal in India?

The short answer is, yes! There are no laws that ban VPN use in India, but there are some conditions you need to know about. 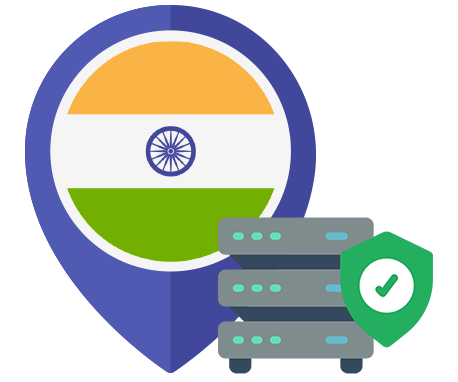 The lack of Internet freedom in India has resulted in many users turning to virtual private networks for protecting their privacy and anonymity. But is using VPN legal in India? In this article, we’ll discuss in-depth the legal status of VPNs in India as well as why you’d want to get one.

Is VPN Legal in India?

Now, moving on to the all-important question: Is VPN legal in India or not? The country has a massive population of around 1.4 billion people, making it home to the second-largest Internet user base across the world.

In short, VPN use is perfectly legal in India because it hasn’t yet been declared a crime. This means you won’t face any repercussions for using a VPN service, but there are some exceptions that you should be aware of.

There might be legal consequences if you engage in any illicit activities with a VPN. These include but aren’t limited to downloading copyrighted materials, committing fraud, selling drugs, and uploading child pornography.

Even accessing banned websites could get you in trouble. In 2016, the Indian government was planning to introduce a law, which prohibits citizens from “viewing, downloading, exhibiting, or downloading” on banned sites.

Violators would not only be liable to pay hefty fines but also potentially face jail time of up to three years. Even though enforcement of this law isn’t doesn’t seem as strict as it could be, we’d still recommend exercising caution. 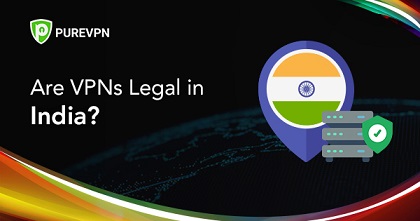 Reasons to Use a VPN in India

There are many reasons why Indians should use a VPN – the most prominent one being the increasing control of the government over the Internet. Take, for instance, Facebook was temporarily blocked in 2011, which left many Internet users in India unable to access the popular social media network.

Without further ado, let’s take a look at them:

With a VPN, you can unlock a wealth of content otherwise unavailable in India. For example, BBC iPlayer doesn’t let you watch their library if you’re outside the United Kingdom. Similarly, Netflix US is only accessible in the United States.

By changing your actual IP address, you can trick these video streaming services into thinking that you live in the US or UK. As a result, you’ll be allowed to access the content available on them from anywhere in the world.

India is one of the worst countries when it comes to data privacy, courtesy of the government’s ever-increasing surveillance efforts. If you don’t like the idea of your online activities being monitored – and rightly so – a VPN is just what you need!

It gives you an anonymous IP address and secures all your traffic using military-grade encryption. This enables you to browse the Internet surveillance-free, but make sure the VPN provider has a solid no-logs policy if you want your data to remain private.

Did you know the number of public Wi-Fi hotspots are projected to reach 0.5 million by 2021? While convenient, accessing the Internet via open wireless connections can prove disastrous. These networks often lack security, making you an attractive target for man-in-the-middle attacks.

Your best defense against cybercriminals on free unsecured Wi-Fi is a VPN. It establishes a private and secure tunnel, so it’s close to impossible for anyone to snoop on your online activities. In fact, you can reap the same benefits on home Wi-Fi networks as well.

Related Read: Do You Need a VPN at Home?

4. Get Around Internet Censorship

Internet censorship in India has increased drastically over the years, so you won’t be able access to certain websites, apps, and services. If you want to browse the Internet without these limitations, a VPN is the best solution.

All you have to do is spoof your virtual location to another country with little or no censorship. In this way, you can circumvent the censorship mechanisms used by your government and enjoy the free and open Internet.

PureVPN – The Best VPN for India

For the best India VPN service, look no further than PureVPN. We maintain an extensive global network of more than 2,000 servers in over 96+ locations so that you can change your IP address to any country in the world.

If you’re into streaming or P2P file sharing, PureVPN has you covered as we offer some of the fastest VPN speeds on the market. Our connections are blazing-fast as each server is capable of supporting up to 1 Gbit per/s.

What’s more, no records of your online activities are kept by us, and our no-log certification is a testament to this fact. PureVPN can be used on almost every device as there are easy-to-use apps for all major platforms.

We use AES 256-bit encryption to protect your data from prying eyes. Split tunneling allows you to divide your traffic between your ISP and PureVPN. DNS leak protection keeps your DNS queries from leaking outside the VPN tunnel.

Furthermore, a kill switch ensures your privacy doesn’t get compromised in case your VPN connection drops. Still not sure if PureVPN is right for you? No problem! A 31-day money-back guarantee gives you the opportunity to test us out risk-free!

How to Use a VPN in India?

Just follow these simple steps mentioned below, and you’ll be able to get started with PureVPN in no time:

Is Having a VPN Legal?

Yes, you can use a VPN in most countries around the world without any issues. However, that doesn’t mean you can commit crimes with a VPN and walk away scot-free. What’s illegal without using a VPN remains illegal when you’re connected to one.

How Can I Get VPN in India?

It’s no rocket science. Just head over to our order page and sign up for a PureVPN account – there are three plans to choose from! Fill out the necessary payment details and proceed to checkout to finish the order. Then, set up PureVPN on your device, and you’re good to go!