Australian Grand Prix Round 1 of Formula 1 season 2020 race weekend is about to start. The Practice, Qualifying Races, and the Main Race will be held during 13 – 15 March 2020. You can catch the entire round as we have created a schedule for you.

The race will be held at famous Melbourne Grand Prix Circuit, South Melbourne, Victoria, as per below schedule:

How to Watch Australian GP Live

Australian Grand Prix holds a special place for F1 fans as this is the first race of the season, after a gap of around 4 months. Many changes are to be seen for the first time which makes it most awaiting and anticipating race.

How many major records will Lewis Hamilton break in 2020?

Just when you thought you had to wait until Australia for a bit of #F1 action… 👀🔈🇳🇱 pic.twitter.com/NjiNvpZv4v

Prince Harry meets @GeorgeRussell63 and @alex_albon with @LewisHamilton at Silverstone Experience. The talk was of how young George and Alex are! #F1 @SilverstoneUK pic.twitter.com/dk2A01NuWt

Here is the track info taken from Formula1.com 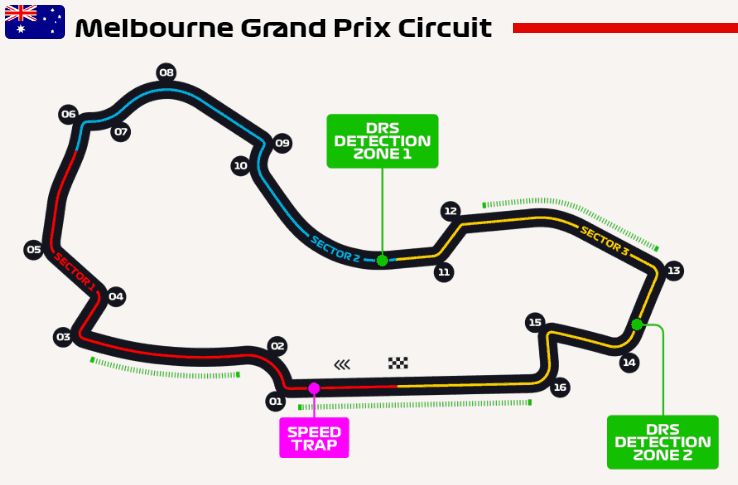