Here is the schedule for Azerbaijan Grand Prix 2019:

Here are some fun facts about Baku City Circuit: 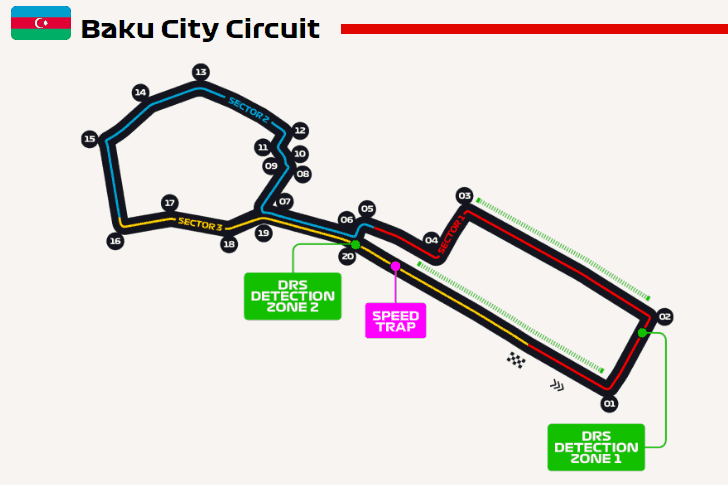 2. There is an extremely narrow uphill section at the old town wall which requires drivers pinpoint accuracy and courage.

3. The 2.1 kilometres along the promenade sees the cars running flat out at very high top speeds

3. Baku City Circuit has quickly establish itself as one of the most exciting, thrilling venues on the F1 calendar, with attractive urban atmosphere and a great combination of history and 21st century style.

Will be updated for this year’ race.

#AzerbaijanGP
He’s the only driver on the current grid to have won here, he’s the latest winner here. pic.twitter.com/8S7sHw0pX3

The results of Azerbaijan Grand Prix 2018 held at Baku, Azerbaijan