F1 Spanish Grand Prix is the 5th race weekend of the season and will held from 10th to 18th May, 2019. This blog will cover the Formula 1 Gran Premio de Espana live streaming schedule in 3 time zones, interesting facts about Circuit de Barcelona-Catalunya, 2019 Race build up, live streaming tips as well as last years race highlights.

Here’s the Spanish Grand Prix schedule that would help you alter your day-to-day schedule effectively so that you don’t miss a single moment of this tournament:

You can learn to watch F1 Spanish Grand Prix live from anywhere through this easy and simple F1 Live Streaming Guide. It includes all the major and official country-wise channel list and tips for buffer free streaming. PureVPN’s Spain VPN server available with all plans.

https://t.co/31SjLkUZVG: MOST WINS IN SPAIN 🏆🇪🇸

Michael Schumacher out on his own at the top 🤴

But LewisHamilton can close the gap this Sunday 👀#SpanishGP #F1 pic.twitter.com/8oYgY7fAU8

1. The circuit was previously known as Circuit de Catalunya but last September, it was renamed to ‘Circuit de Barcelona-Catalunya’ because of the sponsorship agreement between the track owners and ‘Barcelona City Council’.

2. The Circuit de Barcelona-Catalunya is famous for testing a car’s aerodynamic efficiency. The track has a mixture of corners, which challenge every car’s performance as well as its driver’s skill set.

3. In 2007, the track’s turns numbered 13 and 14 were modified by chicane to help a driver get an edge over his competing drivers during last few laps of the race. 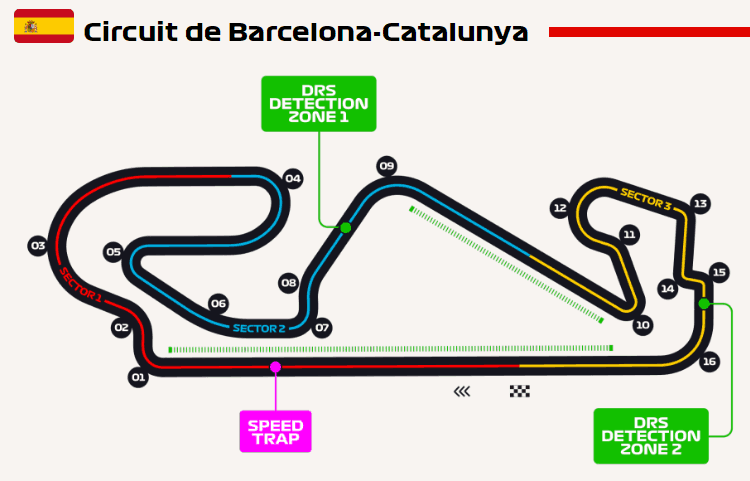 Here are the top results of Spanish Grand Prix 2018 along with race highlights held at same week last year.

So, what are you waiting for? Wear your racing helmet and get ready to experience the full thrill of F1 Spanish Grand Prix live on your computer, Smartphone, SmartTV or any other device of your choice! Grab your PureVPN subscription and get in the driver’s seat now. Enjoy fastest ride of PureVPN without letting ISPs hinder your way.