How to Watch Live Sports on SonyLIV

SonyLIV is an underrated streaming website that offers live sports matches as well as Bollywood content. Sadly, the service is only available in India and region-locked. But there is a way to watch SonyLIV anywhere. Here’s how: 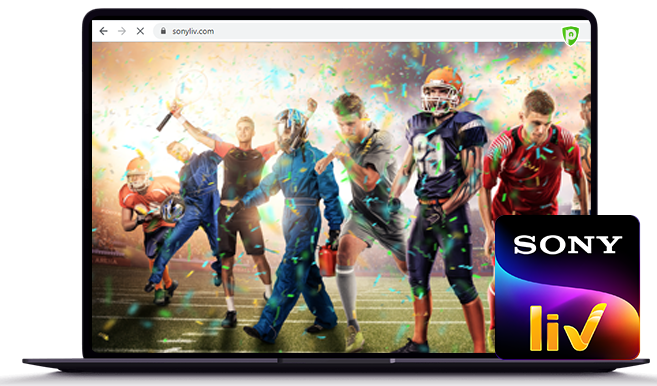 SonyLIV is an entertainment streaming service where you can watch thrilling sports matches, movies, and TV shows. Whether you are a Bollywood buff or sports fan, SonyLIV covers everything for streaming fans. The service is best suited for sports fans and Indian expats who are missing their country and want to watch Bollywood content. The best part is that SonyLIV is dirt cheap starting from a $4 monthly subscription and offers Indian libraries to all fans.

Monthly Subscription plan: You can either pay $4 every month to watch Hotstar or $13.35 per year to save tons of money.

Step-by-Step Guide on How to Enjoy SonyLIV Sports Anywhere

SonyLIV does not work from outside India because of licensing contracts. Just like Netflix, HBO Max, and BBC iPlayer, SonyLIV is limited to a specific region which is India. This means you have to either live in India or use a Virtual Private Network (otherwise known as VPN) to watch SonyLIV.

Furthermore, you can’t stream SonyLIV sports channels even if you are an existing subscriber. The service uses IP tracking to check whether or not you are living in India or trying to access SonyLIV from another region. The service is smart but you can become smarter with a VPN.

A VPN can easily change your IP address and virtually transport your device to India. And, you don’t have to worry about using a VPN because it is legal in many countries. Take a look at the step-by-step instructions on how to use a VPN and watch SonyLIV on any device: 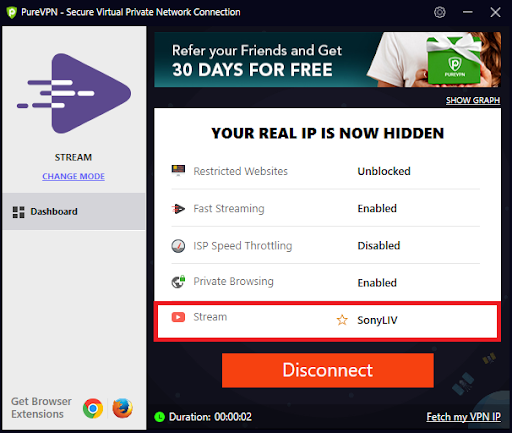 SonyLIV is popular among Indian citizens and Bollywood fans. Some of the most entertaining shows on SonyLIV are Taarak Mehta ka Ooltah Chashmah, The Kapil Sharma Show, Crime Patrol, and Kahaani Ab Tak. Plus, SonyLIV offers sports matches, UEFA fixtures, tennis, Formula 1, FA Cup, and WWE entertainment at the comfort of your couches.

Most of the PureVengers grew up watching WWE matches and cheering superstars. Are you still following your favorite WWE superstar? Watch Monday Night RAW, Extreme Rules, or Smackdown on SonyLIV and don’t miss out on the latest action.

I remember the first time watching a UFC fight , it was super awesome. If you have similar thoughts about UFC or religiously follow all the fights then SonyLIV can be your go-to place. Enjoy MMA fights, pre-match conferences, post-match conferences, and the biggest UFC battles live from anywhere in the world.

Football is back! You can’t stop football even if there is no audience. After the mini Champions League in August, Premier League matches, Emirates FA Cup, and European competitions will start in full flow. The good news is that SonyLIV is stuffing up its sports portfolio and brimming with the best content.

SonyLIV app is available on both iOS and Google PlayStore. You can watch late-night matches on your smartphone or keep up with the latest results. Follow the steps below to watch SonyLIV matches on any device:

The PureVengers are always available to help you out, no matter what. So if you are using an iOS device (iPhone, iPad, or iPod) don’t forget to change the region first. Go to your Settings option and change the country region to India so you can install and watch SonyLIV.

How to Watch Live Sports on SonyLIV using Tablets, or Laptops

You can also watch live sports on SonyLIV using your tablet or laptop. Follow the steps below to learn how to do it:

Ready to see the live action? 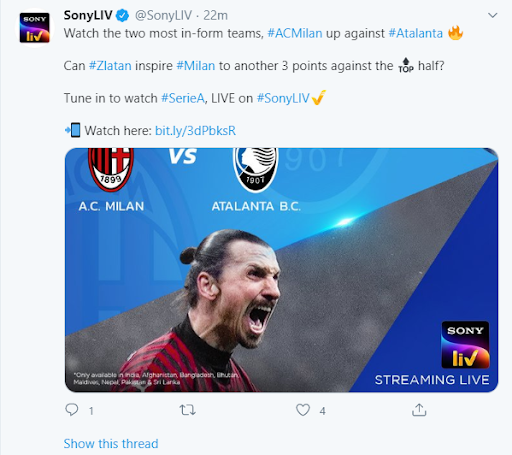 Does SonyLIV require you to buy a subscription?

Yes. You can either choose a monthly subscription or annual plan to watch SonyLIV. Enjoy thousands of hours on Bollywood content, series, and sports matches. Subscribe to $4 per month or $13.35 per year on SonyLIV based on your needs.

How do I watch SonyLIV outside India?

The easiest way to watch SonyLIV in a country where the service isn’t available is to use a VPN. Always use a VPN with Indian servers so you can easily access live sports matches on SonyLIV from any country in the world.

How many devices can I use on SonyLIV?

With a SonyLIV subscription, you can watch live sports on 5 simultaneous connections. Moreover, you can use multiple streaming devices to enjoy live sports matches.

What else can I do with a VPN?

You can use a VPN to unlock other streaming services as well such as HBO Max, BT Sport, BeIN Sports, Hotstar, or BBC iPlayer from anywhere. Also, you can protect your online activities from ISPs, surveillance agencies, and hackers with a VPN on your device.

Remove Dull Moments in your Life and Enjoy SonyLIV…

We mean it! You can enjoy live sports on SonyLIV to the fullest with a cheap subscription and VPN. Bollywood content is full of colors and happiness so explore new series or movies on the go.

Not a Subscriber yet?