How To Watch The Rugby World Cup 2019

Rugby fans from all over the world, are you looking for a way through which you can stream the Rugby World Cup 2019? If, yes, here is how you can: 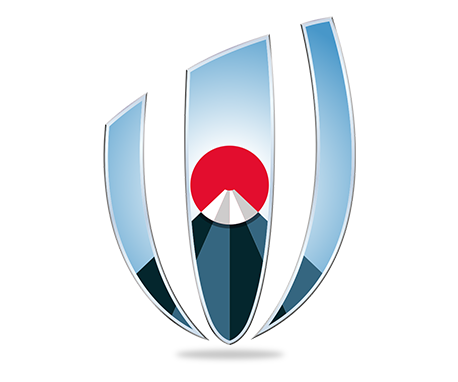 The Rugby World Cup entered into the semi finals phase featuring England, New Zealand, Wales & South Africa.
So, to help our fellow Rugby fans out, we are here today with a guide on how you can easily watch the Rugby World Cup 2019.

Where To Watch The Rugby World Cup 2019 Semi Finals

Since the Rugby World Cup is an international event, with fans tuning in to watch the championship live from every single corner of the world, a number of different channels are granted coverage rights. However, due to regional limitations, most of these channels are limited to a few selected locations and countries.

It is because of this, many fans face issues when looking for a suitable stream but as we said before. We are here to help. Here is the complete list of all the broadcasters for the upcoming Rugby World Cup 2019.

If you are living in a country mentioned in the list above, all you have to do is head to that service and start the livestream. However, as we’ve stated before since most of these channels are available in only a few countries, not everyone has access. Well, if you are one of those fans that cannot access any of the channels mentioned above, then do not worry. We have a solution for you, one which only requires an active VPN service like PureVPN. Only through such an application can you gain access to these channels, unless you plan on emigrating.

How To Watch The Rugby World Cup 2019

Follow these steps below if you wish to watch the Rugby World Cup 2019 from anywhere in the world:

Watch The Rugby World Cup 2019 for Free with VPN

You can watch Rugby World Cup live online for free without any need of subscription or cable. Below are some high quality streaming channels that are official broadcasters of the Rugby World Cup. The service is not available everywhere, so you need to use PureVPN to connect to any of the below channels and enjoy free streaming.

You can access these channels for free with PureVPN. Just by selecting the channel from the popular website list in apps or by connecting to required country server.

After the qualification process, 20 international teams secured their spots for the upcoming 2019 Rugby World Cup. This includes all 12 of the previous 2015 tournament pool winners and the 8 regional qualifiers.

Starting the tournament off, these 20 teams are going to be divided into 4 pools of 5 teams each. Each pool will follow the single round-robin format which means each team will play one match against each of the other teams in the pool.

4 points will be rewarded for a win, 2 for a draw and zero for losing. However, there are two special conditions. If the team loses with less than eight points, then that team receive one point. The other condition is, if a team scores four tires in a game, they will receive a point too. The top two teams in each poll will advance to the next stage of the tournament.

Here are the pools for the Rugby World Cup 2019:

This year, we are going to be witnessing the ninth edition of the Rugby World Cup, one which is going to be taking place in Asia for the first time in history. After getting chosen in 2009, Japan was named hosts for the upcoming Rugby World Cup 2019. The competition, as usual, will feature a total of 20 international teams, who are going to be seen competing for the most prized reward in the world of Rugby, the Webb Ellis Cup.

When Rugby World Cup 2019 will start and ends?

How many teams are participating in RWC 2019?

20 teams are participating in the World Cup

Where Will Rugby World Cup Televised For Free?

When's the opening ceremony of the event?