Just like the viruses and bacteria in real life, cyber threats and digital evil doers continue to grow, with no signs of stopping anytime soon. Recently, there have been continuous cases of millions of users being hit by cyber-attacks, resulting in hundreds and millions worth of stolen data.

Due to these imminent and very real threats, the internet consumers around the globe are getting increasingly concerned about the privacy of their online activities and the security of their data.

Among other countries, Canadians too are extremely concerned about their privacy and online security, and they are taking it quite seriously.

According to a survey, nearly 37% of Canadians are highly conscious and worried about the security of their online privacy.[@purevpn http://bit.ly/2mP6GR8] (Click to Tweet)

In the fall of 2016, a telephonic survey was conducted to study how Canadians perceive online privacy, and how much aware or concerned are they about it.

The survey was conducted by Phoenix Strategic Perspectives Inc. (Phoenix), on the authorization of OPC (Office of the Privacy Commissioner of Canada).
Nearly 49,416 respondents were reached via landline and cell phones, of which only 1500 people successfully completed it.

The survey was targeted at Canadians aged 16 and above, living in British Columbia, Atlantic, Prairies, Quebec and Ontario.

The major findings of the Canadian privacy survey were categorized into different factors: respondents’ knowledge of online privacy, their concerns regarding the use of personal information by third-party organizations or the government, and countermeasures to protect it among many others.

Regarding the respondents’ understanding of privacy rights, the findings report that 49% of the respondents believed they had “Good” knowledge of the matter, while only one in five said they have poor knowledge. 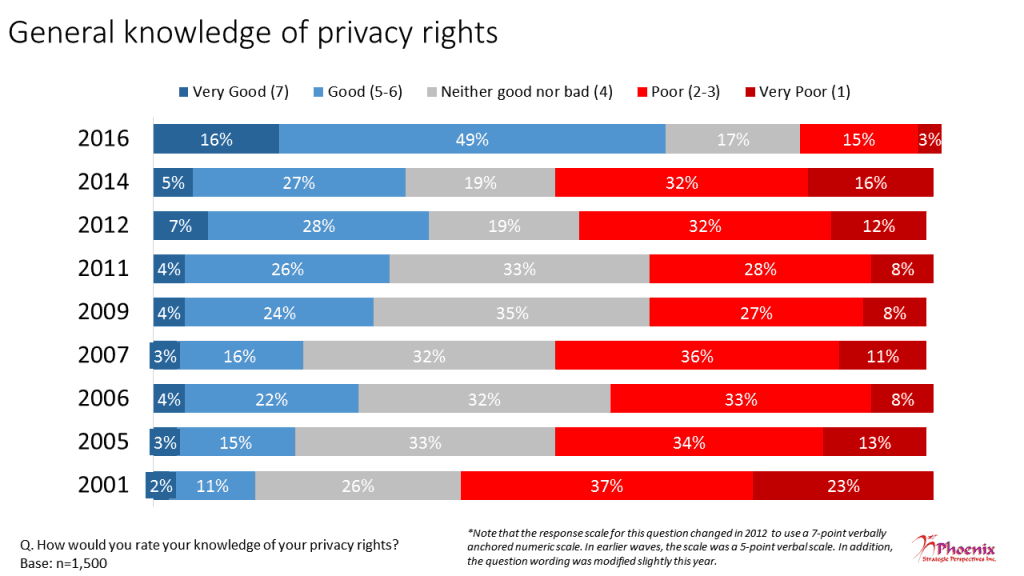 On the respondents’ concerns about online threats and the protection of their privacy, the survey reported that 92% respondents felt some level of unease, while 37% expressed extreme concern. 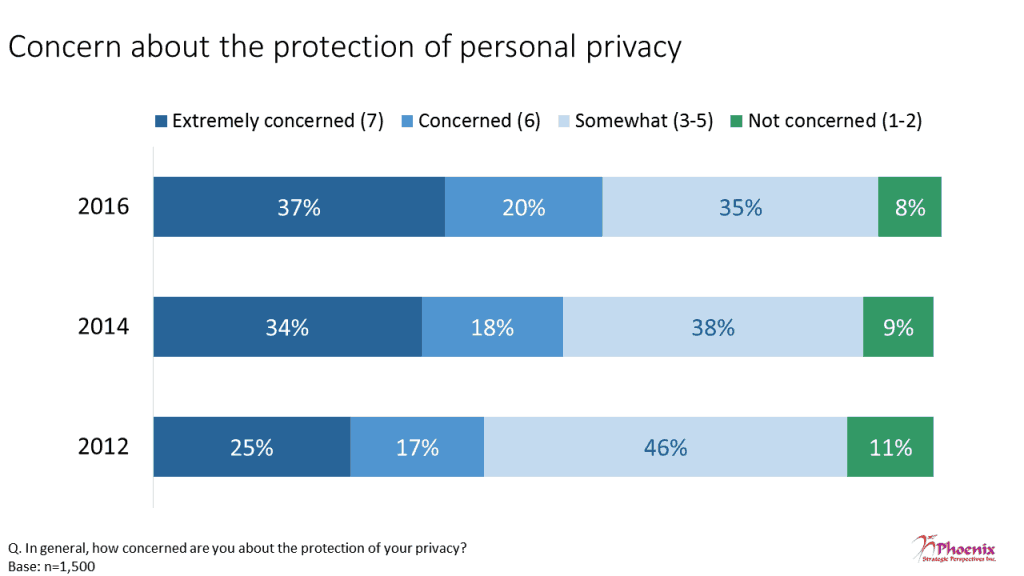 Use of Information by Organizations

It is not just the cyber threats that take the lion’s share when it comes to Canadians’ concern about privacy and its protection. In fact, the respondents also expressed serious concerns about the use of their personal information by third-party organizations.

Regarding their personal information used by organizations claiming health and insurance coverage, 46% of the respondents showed extreme concerns, while the rest expressed some to no concern at all. 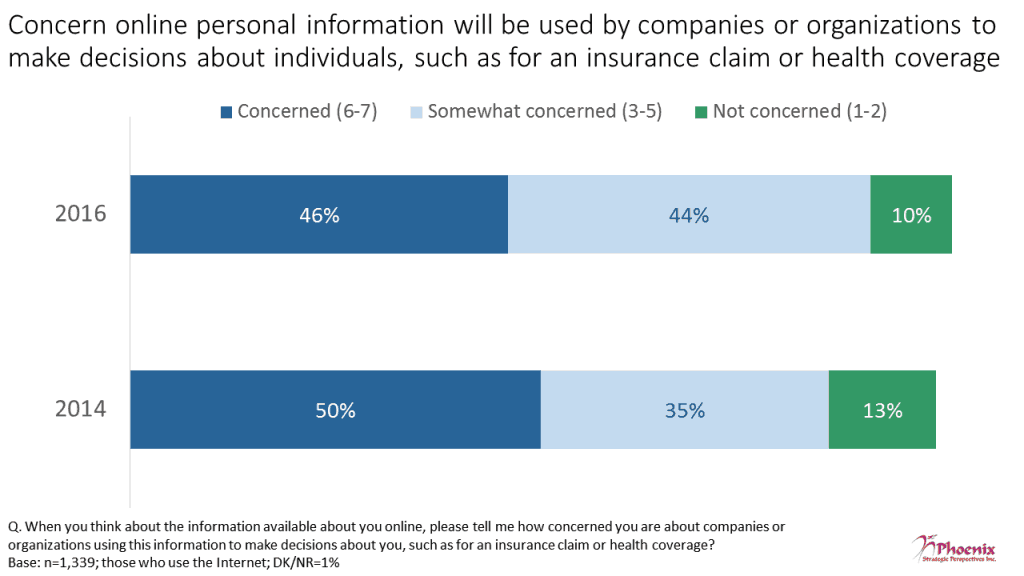 Likewise, concerning personal information used by marketing companies to determine user behavior, half of the respondents strongly reacted against it while the rest of the half expressed a little concern. 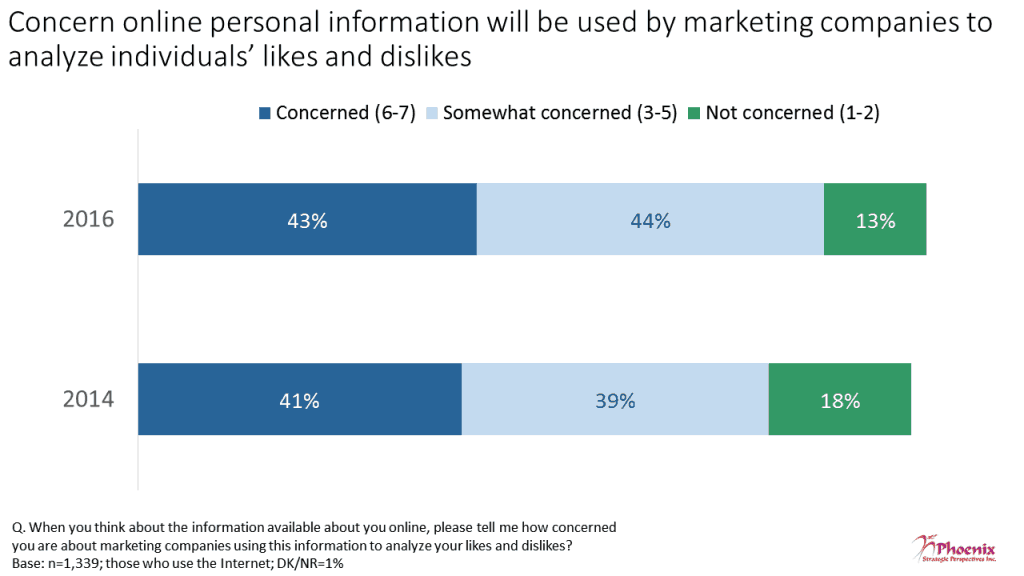 Given the sufficient knowledge of the matter, it is not unusual for respondents to follow some precautions to protect their online privacy, especially when it comes to using mobile devices.

The report revealed that 76% of mobile users said that they adjusted the settings on their mobile devices to restrict any unsolicited sharing of personal information.

Some respondents (82%), on the other hand, took extreme precautions while using mobile devices by either uninstalling the app or not installing it to begin with. 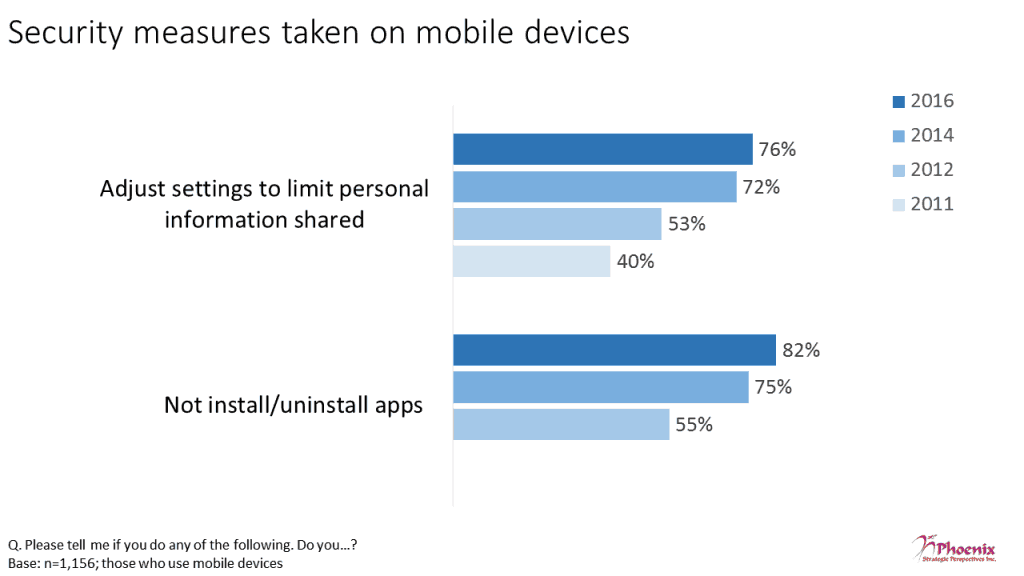 Likewise, 41% of respondents who use mobile devices say that they always go through the privacy policy of an app before downloading it. 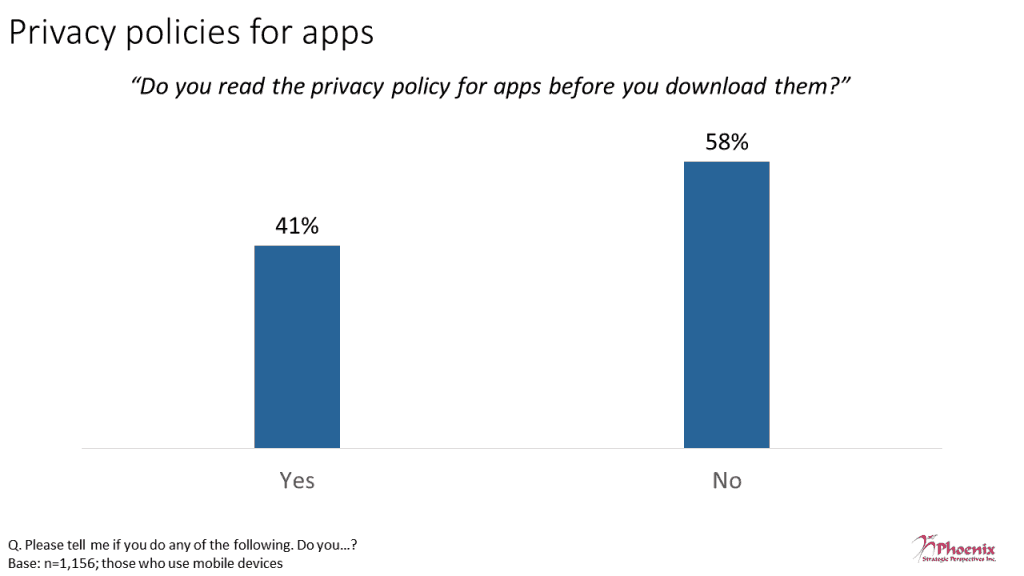 The Canadian privacy survey report revealed that 37% of consumers showed extreme concern when it came to how businesses collect and use their data.

A good percentage of the users said that they were extremely upset over their online privacy due to the news reports on latest cyber threats and data breaches.

In fact, almost 51% of the respondents said that they would never do business with companies due to their unacceptable practices of handing user personal information. 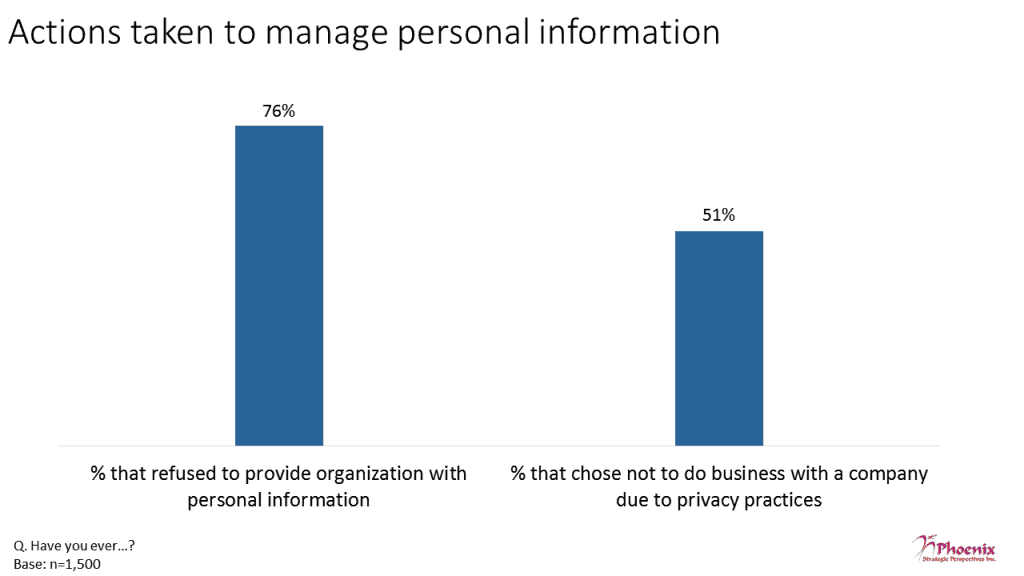 Government monitoring of users’ personal information is yet another area that has been hounding Canadians for years.

Almost 80% of Canadian online consumers expressed serious concerns regarding how the government monitors users’ activity in the name of national security.

Some respondents believed they have little understanding of how government is collecting and using their data.

In fact, on their support of modifying the Canadian privacy laws, the respondents split into different groups. 71% believed that there should be privacy safeguards that government must set up. 69% said that government should put forth certain recommendations for improving privacy policies and online privacy.

Nearly 47% of respondents said that the government should not gather any user related information unless “it is essential to administer a government program”. 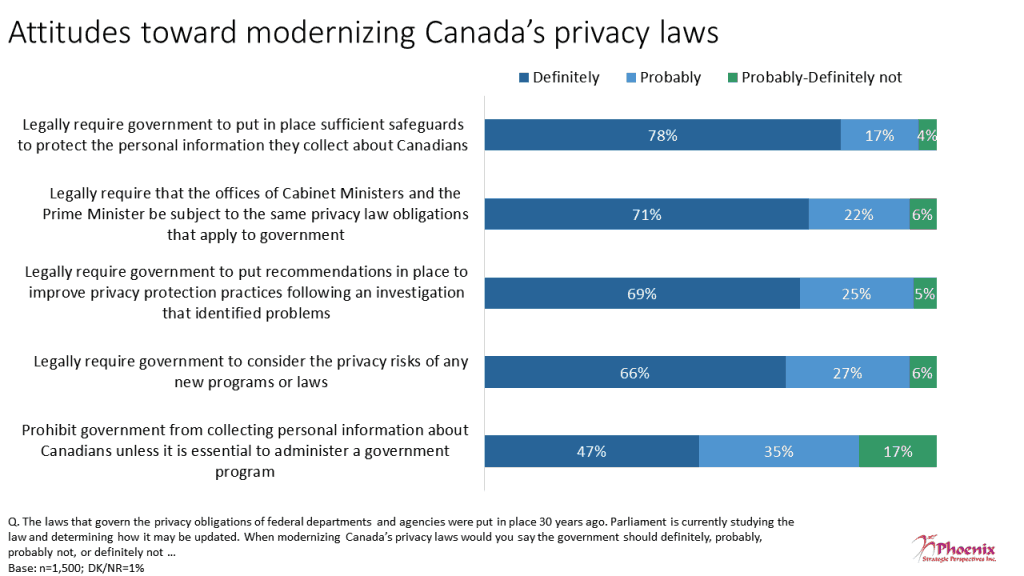 While our online privacy remains to be under threat, there is a way to ensure that you remain secure and anonymous online. The best VPN for Canada ensures your anonymity and privacy on the web.

The information presented here does not cover the entire statistics of the actual Canadian privacy survey. To read the complete survey, please read the original blog here: https://www.priv.gc.ca/en/opc-actions-and-decisions/research/explore-privacy-research/2016/por_2016_12/#fig1