What is a Private IP Address?

Private IP Address is an Internet Protocol address that’s assigned to your home devices such as a printer, smart TV, and others. Private IP addresses communicate with each other and do not communicate on the wider web. 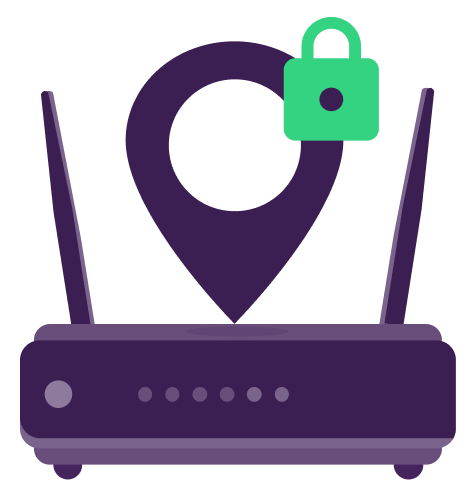 An Internet Protocol address, commonly known as an IP address, is a unique numeric address that is assigned to every single device that requires the internet such as a computer, printer, smart switches, internet routers or any other device that is part of the internet network.

Think of an IP address as the fuel that powers the car; without this fuel; you won’t be able to get around. Since IP addresses are coherent in nature, they can change. Without an IP address, you’re practically off the grid.

To make matters easier, let’s take an example of the devices connected to your home network. As part of the modern technological era, you certainly have a smartphone, and maybe a desktop computer or a laptop, and all of these devices connect to the internet through your home’s central router.

To make matters easier, let’s take an example of the devices connected to your home network. As part of the modern technological era, you certainly have a smartphone, and maybe a desktop computer or a laptop, and all of these devices connect to the internet through your home’s central router.

You may ask, what’s the point of having a public IP and a private IP? Interesting question. The devices connected to your home network can conveniently communicate with each other using their private IP address. Whereas, the router will use the assigned public IP address to assist communication with the rest of the world via the internet.

It goes without saying that when connecting to the internet, your private IP addresses will remain concealed, and only the routers public IP address is visible.

How to Find Your Private IP Address

What’s the Need of a Private IP Address?

When a public IP address is the only way of connecting to the internet, why does one need a private IP? One, for internal devices to communicate with each other, for example, you sent a page from your smartphone to print on your printer. Two, private IPs don’t take up a public IP address space.

Just like there’s a limited supply of fresh drinking water, the concept of IPs works in a similar way. With a limited amount of IPs, private IPs make way for public IPs so that more and more internet networks can be installed without compromising on the availability.

You may ask, won’t the private IPs coincide with IPs of other networks? In short, no, as it doesn’t make a difference in how many routers use the same, 192.168.1.1 address. Dozens of devices could be connected inside that particular network and share the same IP address with users of other networks as they aren’t interacting with each other directly.

Alternatively, the devices with private IPs assigned by the router use the router’s public IP address to interpret their requests and help facilitate communication with other public IP addresses and ultimately the ability to interact with their devices.

Think of it this way, you’re reading this with the help of your device’s private IP as the device, (a laptop, smartphone, or any other), requested this page through a public IP, a router, and then landed you here.

Internet-enabled devices such as laptops, computer desktops, smartphones, tablets, and others that function within private networks around the world can use a private IP address with nearly no restriction, which isn’t the case for public IP addresses.

Private IP addresses also provide a way for devices that don’t need contact with the internet, like file servers, printers, etc., to still communicate with the other devices on a network without being directly exposed to the public.

That’s all. Now that you’ve got it figured out, you know how easy it was to understand the concept and function of private IP addresses.

Embedded tools is a PureVPN project developed to provide features to third party clients for free. With What Is My IP tool, you can enhance your users’ experience on your website. This lightweight feature can easily embed on your website without increasing the load time.

Here’s on to embed this tool on your website: