Access websites from around the globe and be assured about your online privacy. PureVPN’s DNS leak protection is designed to keep your internet activities secure at all times. Once connected, any and all IP addresses you access are secured with the highest grade encryption. 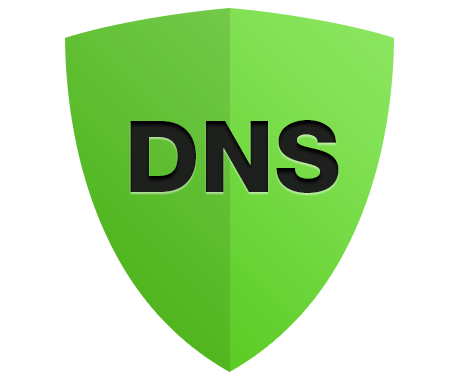 DNS stands for Domain Name Systems, and you can think of it as a directory of the internet. Just like a phonebook, the DNS holds the web addresses of the domains available on the internet. While we access information online through their domain names, such as facebook.com or google.com, web browsers have their own way of communicating, known as Internet Protocol (IP) addresses.

The way DNS works is by translating domain names to IP addresses so that browsers can interact with each other. Each and every device connected to the Internet has a unique IP address which other devices use to communicate. DNS servers eliminate the need for humans to memorize IP addresses such as 192.168.1.1 (in IPv4), or more complex newer alphanumeric IP addresses such as 2300:de00:1298:1::g482:v6b3 (in IPv6).

How can I check if my VPN is working correctly?

Ensuring if your VPN is working correctly can be a challenge on its own. While you may try exploring VPN settings on your own and ensure everything's working fine, it's not that easy for everyone.

Keeping this in mind, PureVPN has devised a DNS Leak Test which highlights if your DNS (Domain Name Server) request is getting exposed on the web. As security flaws become increasingly common, your real IP is at risk to prying eyes, even if you’re using a VPN, and it’s easy to exploit.

If I already have a VPN then why do I need to check for DNS Protections?

A VPN connection secures your internet connection by routing your internet requests through the VPN tunnel, hence, disguising your real identity and online activities. On the other hand, a DNS Leak is when, due to software issues, your ISP is able to track your internet activities, irrespective of whether you're using a VPN or not!

As your DNS requests give away your browsing habits, they can very well be used against you. In an event, if an individual has access to your DNS related requests, besides your ISP or the VPN server, it’s a cause of concern. This means that your online activities are vulnerable, and you’re not secure anymore.

What are the causes of DNS Leakage?

There are numerous causes of a DNS leak. The most common are:

With improper settings, you’re exposing your device to cyberattacks and data breaches. When you connect a device to a relatively new Wi-Fi network, the network’s DHCP settings (a default protocol which defines your devices’ IP address within the network) can automatically assign a DNS server to take care of your web requests.

The problem with this is that the DNS server may belong to your ISP, or one it may be unsecured (not encrypted). In such an event, when you connect with your VPN, the DNS web requests will go around the encrypted VPN tunnel, causing a DNS leak.

The IPv4 protocol is indeed being exhausted, but at the same time, the internet is in an ongoing conversion phase between IPv4 and IPv6. Most of the VPN services don’t provide IPv6 support which is why for those who are on the IPv6 protocol, the VPN would fail to provide security.

To guarantee that you receive utmost online anonymity, PureVPN offers IPv6 leak protection which is designed to protect your online traffic from the prying eyes, hackers, trackers, and surveillance entities. Once connected with PureVPN, you can rest assured about your online privacy on IPv4 and IPv6 protocols.

ISPs around the world have crafted a procedure of imposing their self-made DNS server to the user in case a user wants to change the settings to use a third-party server. If an ISP notices any changes made to the DNS settings, they will use a transparent proxy.

A transparent DNS proxy is a cloned server that stops and forwards web traffic to the ISPs own DNS server. Also known as ISP forcing, this is a form of DNS leak which results due to the malpractice of your ISP. A VPN’s DNS server ensures your web traffic passes through securely.

Out of date software is a global issue, and security experts can’t stop emphasizing on keeping your devices’ software updated. Microsoft’s operating system, Windows 8, was known for leaking DNS requests which is why operating systems from 8 onwards have introduced the “Smart Multi-Homed Name Resolution” feature, intended to increase web browsing speeds.

Always ensure that your software is updated as updates reinforce your devices’ security against malicious actors. DNS leaks are common with outdated software as opposed to up-to-date software.

PureVPN is committed to ensuring users experience the best online experience. That means providing exceptional online security and unmatched online speeds. PureVPN offers top-of-the-line DNS leak protection and ensures that your online traffic is safe from the prying eyes of your ISP or any other spy entity.

Every time you access a domain (Facebook, Google, etc.), a DNS request is generated that exposes your real online identity on the web. The request is sent to the DNS server which is set in your configuration settings. ISPs are smart, they pick up which domains you mostly search for in spite of the fact that you are connected to a VPN network.

PureVPN helps you avoid this spying/monitoring by disallowing the DNS request from reaching your ISP, and resolves the request within its own VPN network. This process ensures the safety of your online identity; hence, you remain completely anonymous online.