All You Need to Know about 5 Eyes Alliance

Privacy & SecurityOnline PrivacyAll You Need to Know about 5 Eyes Alliance

Have you, at some point in your life ever gotten the feeling that somebody is watching you?

Maybe someone is watching all your moves as you move up and down the streets. Perhaps you catch them staring at you on the train, or maybe a system of international spying agencies/networks built for the sole purpose of spying on you.

Long gone are the days when such kind of ideas was thought to be in the movies only. In case you don’t know, it’s here, and it’s pretty real. Not so long ago, Edward Snowden revealed shocking details about the true extent of surveillance that regular citizens are subjected to on a daily basis. And surprisingly, it wasn’t the Russians or the Chinese undertaking these operations.

According to Snowden, it was the United Kingdom and the United States’ intelligence agencies that were primarily carrying out these operations, with permissions from their governments. So, have you ever asked yourself or come across the term the Five Eyes? At what time did it begin, and what roles do they play today?

Let’s explore what there’s to know about the Five Eyes, the largest intelligence-sharing group in existence.

The Five Eyes Alliance: Who are they?

The Five Eyes alliance is made up of a group of intelligence entities from several countries that work together in unison and exchange information with one another. As it currently stands, the nations that are involved include: 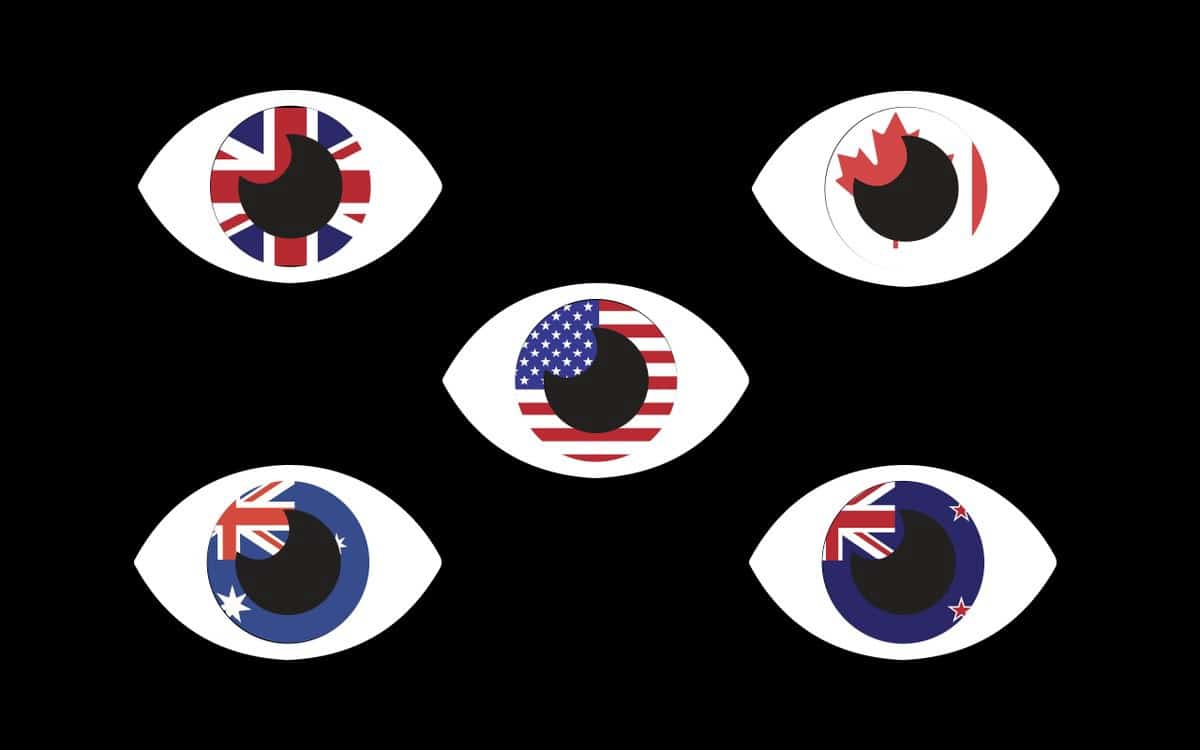 Each of the above five members shares chunks of intelligence strictly with the others. While the alliance primarily deals with matters to do with signals intelligence, the Five Eyes also involves itself in the gathering of geospatial information and human knowledge. In this group, undercover agents are used, as well as debriefings, interrogations, and even media exploitation.

But again, it’s important to note that there’s more than just the collection and sharing of data. Each member has got its technology to guard, while also having to be privy to some of the potential threats that threaten the globe.

The Five Eyes network has in place some agreements and how they have to work with the network allowing each member to focus on particular regions while maintaining the integrity of their systems.

A Brief Look at the Key Intelligence Agencies

The United States of America and Britain are the leading players, while Canada, New Zealand, and Australia act as “second parties.”

How did the Five Eyes intelligent system begin? It all started as an intelligence-gathering and sharing agreement between the United Kingdom and the United States, immediately after the Second World War came to an end.

America and Britain wanted to work jointly against the axis powers, and sharing deciphered intelligence and intercepted communications became a big part of their cooperation. After all, the United Kingdom had managed to crack Germany’s hard-to-crack encryption with the United States achieving the same goal with the Purple cipher of Japan.

Immediately after the end of World War II, a secret treaty was immediately sealed by the USA and the U.K, a move that saw the formalization of an intelligent network that worked very well. Ten years later, Australia, Canada, and New Zealand joined the alliance making the total number of members to grow to five.

The collaboration was perceived as the best way of preventing the escalation, or the start of new conflicts with information about the activities of China, and the Soviet Union. The two were perceived as the most significant threats during the Cold War era. Of importance to note is that the activities of the Five Eyes aren’t strictly limited to keeping a check on Russia and China alone.

Four Most High-Profiles Incidents with the Five Eyes Involvement

Here is a brief look at some of the most talked-about incidents where the Five Eyes have been involved before:

Five Eyes in the Modern Era

Events that caused serious damage in areas across the globe are what a majority of people justify the need to have intelligence-sharing networks. The Five Eyes members think that preventing further attacks on innocent citizens and national infrastructure is their biggest priority.

There are quite a several surveillance programs that the Five Eyes use to collect people’s data. While the list of such programs is somewhat vast, here is a brief look of some of the most known ones:

Undoubtedly, ECHELON is the most well-know surveillance program used in spying or gathering information. Created way back in the 1960s, the primary purpose of ECHELON was mainly to monitor military and diplomatic communications of the Eastern Bloc and the Soviet Union.

ECHELON gathers phrases, keywords, addresses, names, and other details. It then attempts to build something tangible out of the information it has gathered.

This is also another surveillance tool used by the Five Eyes alliance. PRISM works by collecting information and any other data that travels over the internet.

What you need to be aware of here is that PRISM, used by Five Eyes intelligent officials can go to Google, Yahoo, and Facebook, forcing these firms to provide them with information of persons deemed people of interest.

Even though Tempora is a newcomer when it comes to matters about surveillance, this surveillance program can effectively intercept personal data that is traveling along with the fiber optic cables that we usually use. Some of the information that this program can snipe and store includes:

As you can see, there are quite many ways that the Five Eyes use to capture user information without the user not being even aware of. Besides Mr. Snowden has revealed a ton of information regarding surveillance activities of the Five Eyes. In today’s digital age, you need to be mindful that probably, there’s somebody somewhere watching all your moves and monitoring your data without you even knowing.

There is a confirmation that this intelligence gathering network is continuing to grow with the addition of new members. While the additional countries are deemed third-parties, nevertheless, this network continues to grow. Some of the original members include the following countries:

While it may not sound good at all, you may have to live with the fact that your private information is being collected, inspected, and shared, especially between government officials. There are chances that information that you would like to keep secret are in the servers of other countries.

It’s not easy to avoid being tracked while you are browsing online, especially now that we have the Five Eyes in place. While member countries justify that intelligence gathering is vital, there is some information that must remain private at all times and a VPN is here for that very reason.

A VPN provides you with robust encryption that encodes your online activities, rendering them of no use to a snooper. PureVPN, renowned for online privacy and security provides military-grade AES 256-bit encryption that keeps your online communications private. Even if someone were to tap on your VPN connection, all they’ll get is gibberish information.

How to Delete Alexa History