How to tell if My ISP is Throttling Bandwidth?

Internet throttling is very frequent on smartphones and other wireless devices, but not very popular with cable and fiber. The only method to genuinely test internet throttling is through using a VPN service. You can simply follow the steps given below to see if your internet is being throttled.

If your network is somehow being throttled, your speed will drastically improve once you install a reliable VPN service. If you don’t notice any considerable change, then there are other reasons causing sluggish internet speed.

Internet bandwidth is never limited to you. Your cellphone towers are disseminating signals across a range of devices at the same time. For this reason, some internet service providers may limit your speed or limit your usage speeds without informing you, allowing other users to connect to their towers.

Typically, Internet Service Providers only throttle when they consider that you are a heavy internet user. A regular user will never experience network throttling. If your internet is slow then there are some other reasons behind it and is advisable to contact your support agent to fix your issue

It might be sometimes frustrating to run a speed test and see that you are getting low internet speeds than what you would have bought it. The question arises are you being throttled? Or is it some other prevailing issue?

What is Data Throttling?

Throttling is the process of an Internet Service Provider (ISP) automatically slowing down without you even knowing. Sometimes you will be experiencing slow data transmissions speeds through; your equipment may not be at fault here.

Internet service providers are restricted to inform their users that their data is being throttled due to some rules and regulations, so the uncertainty behind a sluggish internet connection can be quite stressful for you.

Presently, you will usually see throttling through your entire network connection. Some people worry that their data might be throttled over the network, but this is just a common issue with no need to fear.

Why do ISPs throttle data?

There are many reasons why your Internet Service Provider might be throttling your data, resulting in internet throttling.

Many users might have limited data so when their data limit has been reached; the ISPs are likely to slow down their internet. You will see your internet speeds drastically reduced, instead of your internet service completely shutting off. The slower speeds can be annoying, but it’s better to have an internet connection completely shut off

While bandwidth may certainly not be an issue for major internet service providers, the fact remains that it is a limited resource. With extremely heavy data usage, ISPs can cut-off your bandwidth to allow other internet users to receive high speed.

The competency of an ISP to throttle may be extended, adding the ability to limit your internet speed to heavy data users such as those who are streaming videos on Netflix or some other heavy data using services. If the costs of the ISPs are increased towards their end, you might end up paying those extra costs to resume using their data services

How to check if your ISP is throttling your bandwidth

The most likely way to tell if your internet is being throttled is to run a free speed test available online. However, many internet providers can detect these speed test service that can artificially increase your download and upload speed to instill confidence in you that your connection is working fine.

The only reliable and authentic way to check whether your connection is being throttled is by using a VPN service. ISPs may sometimes monitor your content which, a VPN can make sure this practice is not used by shadowing your IP address and activities from your ISP.

So with your ISP forced to treat all your content as equivalent and not be able to see what content you are viewing from where, you should be able to see your true internet speeds

If your internet speeds are below the average that you might expect, then odds are your connection is being throttled

How to fix data throttling

ISPISP Throttling
Ather Owais Ather Owais is a tech and cybersecurity enthusiast. He is a strong advocate for online privacy and security, following technological trends and their impact on today's digital era. 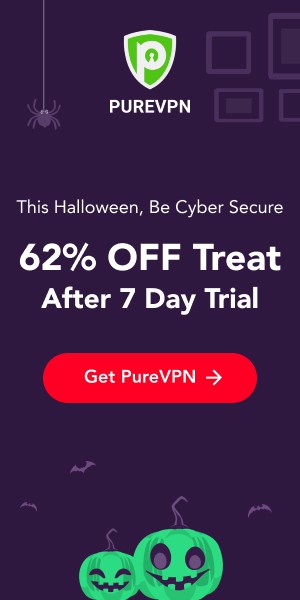 How to Encrypt an Internet Connection in 2020

This Halloween 2020: How to Avoid Cyber Security Nightmares