How to Watch Africa Cup of Nations Live Online

The 2019 Africa Cup of Nations is going to be the 32nd edition and will take place in Egypt. It is going to be held from June 21 to July 19, which is a first for this competition as previously AFCON took place between January-February. But all this changed after the CAF Executive Committee decided to tweak a few things around in July of 2017.

So, if you are interested in watching this upcoming competition, you have come to the right place. In this guide, we will take a closer look at how you can easily stream the Africa Cup of Nations live online.

How to Watch Africa Cup of Nations 2019 Online

Since AFCON 2019 is going to be held and broadcasted in Africa, people might face some issues if they wish to stream or watch the matches live online. The reasons for this could be TV rights, regional limitations, and maybe even network restrictions.

As stated before, only a few channels are allowed to broadcast these matches. However, what if you live in a country where none of the channels exist? Well, this is where PureVPN comes into play. Through it, you can easily mask your IP address and location to anywhere else in the world. This will not only help you safeguard yourselves online but also allow you to stream any of the AFCON 2019 matches with ease.

Just follow the steps below and lay waste to your online streaming worries once and for all:

Where to Watch Africa Cup of Nations Online

Due to the African Cup of Nations being an international event, the matches are broadcasted worldwide. However, the broadcasting rights are limited to one or two channels only per country. For your convenience, below are just some of the broadcasting channels.

There are a total of 24 teams/countries taking part in the 32nd edition of the Africa Cup of Nations. For more details on the AFCON 2019 teams, check out the list below:

Where Will the AFCON 2019 Matches Be Played

With the number of participating teams increased from 16 to 24, six venues have been finalized to host the matches of AFCON 2019. This includes the following stadiums:

What are the Groups for AFCON 2019

With a total of 24 teams participating, six groups have been made, each with four teams randomly drawn. The groups are as follows:

The teams in each group will play in a single round-robin format. This means that the two top teams will qualify for the next stage of the tournament, while the two bottom teams will be eliminated. Here are the fixtures for the AFCON 2019 group stages with UK airing times. 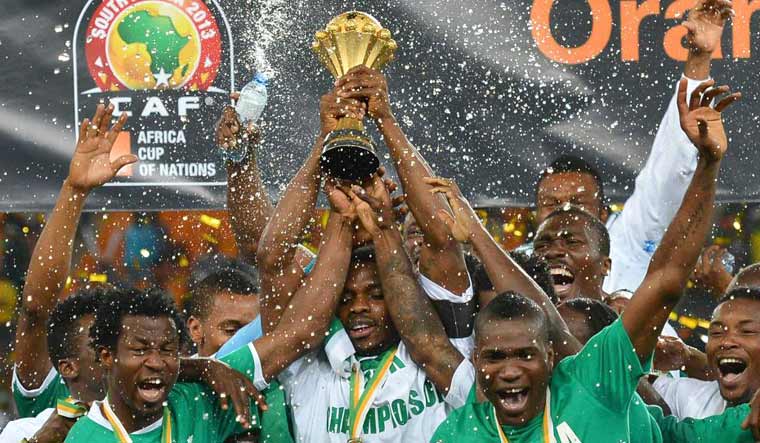 It is confirmed that Egypt will be hosting AFCON in 2019. Earlier, it was Cameroon hosting the event. However, due to a delays in the delivery of infrastructure, the Boko Haram insurgency, and the Anglophone Crisis, the hosting rights were stripped from Cameroon.

Nonetheless, they are still the defending champions and will come in with guns blazing. So, for all those who can’t wait for the 2022 World Cup, the AFCON 2019 is the next best thing – not only will you get to enjoy exciting football matches, but also you will see a ton of big names like Liverpool’s Mohamed Salah and France Ligue 1’s Eric Maxim Choupo-Moting!

How to Watch Atletico Madrid vs Barcelona Live