Tor (The Onion Router) is a browser software that enables users to communicate anonymously online. Tor directs your internet traffic through a global network, free of cost. Tor employs a system to anonymize your internet traffic known as network relays that keep your online activities private on the internet.

The Tor network is composed of client software and servers that hide a user’s location and identifiable information. Using Tor, it becomes much more difficult to trace a user’s online activity, whether it is website visits, online transactions, instant messaging, etc.

The Tor Project’s primary purpose is to maintain personal freedom and fundamental civil rights over the internet, to protect privacy, and to curb internet censorship.

Tor was initially developed by the U.S. Navy for the primary purpose of safeguarding government communications. Nowadays, Tor is used by the military, journalists, law enforcement agencies and officers, activists, and everyday internet users.

Tor’s commitment is built around providing users with online privacy and anonymity. A Tor Project spokesperson gave the following statement to Motherboard:

We are sandboxing the Tor browser to insulate our users from potential attacks. We want to make life as difficult as possible for people trying to deanonymize our users. Tor developer Yawning Angel just finished an experimental prototype that will likely appear in some versions of the Tor Browser later this year.

The statement was given by Tor and clearly states that Tor actively works on providing a secure platform for users to browse the internet anonymously.

How Does Tor Work?

Tor uses advanced algorithms that enable an average internet user to become anonymous over the web. By using Tor, your internet traffic gets routed through Tor’s secure network and goes through several relays chosen at random before exiting the Tor network.

According to Roger Dingledine, one of the original developers of Tor:

We spent several months trying to extract information from the researchers who were going to give the Black Hat talk, and eventually, we did get some hints from them about how ‘relay early’ cells could be used for traffic confirmation attacks, which is how we started looking for the attacks in the wild.

Tor has a sophisticated strategy that involves working with fellow individuals to develop the best software that provides supreme privacy and security online.

A Tor relay is also referred to as a router or a node. The nodes receive traffic on the Tor network and pass it forward to other nodes. Tor is designed in a way where it’s impossible to know which computer requested the traffic as it selects it at random from various places.

Advantages and Disadvantages of Tor

Here are the advantages and disadvantages of Tor:

As of 2012, 80% of the Tor project’s $2 million annual budget came from the United States government, with significant contributors such as the U.S. State Department, Broadcasting Board of Governors, and the National Science Foundation.

The remaining 20% of the budget was provided by the Swedish Government, NGOs, and thousands of individual sponsors. This shows that the browser is widely accepted and trusted by not only individuals but government officials who rely on Tor to communicate effectively and securely.

Even though Tor accepts funding from the U.S. federal government, the browser claims that the Tor service does not collaborate with the National Security Agency (NSA) to reveal its users’ identities. This is a bold claim and a strong pledge by a browser towards its users.

How is Tor different from a VPN and a Proxy?

A Virtual Private Network, or a VPN as the acronym goes, is essentially a private network that enables you to route your internet traffic via the secure VPN network. It also gives you the ability to appear as if you are in another location.

All the internet traffic sent from your device and back to your device from the VPN server is encrypted, securing your confidential data from getting exposed and far away from cybercriminals.

On the other hand, a proxy provides no encryption and directs your internet traffic through another computer instead of your own. Some applications such as email or other browsers might not accept proxies as they’re an unreliable method of accessing restricted sites.

With that being said, Tor is a software that acts as a browser and gives users the ability to conduct anonymous activities online without being preyed upon.

Tor is generally a much safer way to browse the internet than other browsers such as Google Chrome, Microsoft Edge, Mozilla Firefox, etc. For an average internet user, Tor has several advantages and useful applications.

However, Tor does come with its set of drawbacks and potential vulnerabilities. This is because Tor isn’t as secure a VPN service. To maximize the full potential of Tor, you can couple Tor with a VPN which will provide superior online anonymity and privacy.

Tor is legal. However, China has openly discouraged and banned the usage of Tor. Countries with strict regimes, limitations to free speech, and access to the internet are the ones that push Tor towards being illegal.

Although Tor might be used for illicit purposes, the browser does offer legitimate uses for the average law-abiding internet users.

How to use Tor Securely

Accessing the internet via the Tor browser is a straightforward process. You have to download and install the Tor Browser and run it the same way as you would use Chrome, Firefox, or Safari.

What’s unique about Tor is that the browser offers .onion websites that are only available within the Tor network. For example, the New York Times hosts a .onion site for those who want to read the news in incognito mode. Do keep in mind that the Tor Browser is only effective in hiding a user’s location and online identity and fails to offer the top-notch level of security offered by a VPN service. Couple Tor with a VPN and you have yourself the ultimate online privacy and security machine.

is tor safetor browser
Ather Owais Ather Owais is a tech and cybersecurity enthusiast. He is a strong advocate for online privacy and security, following technological trends and their impact on today's digital era. 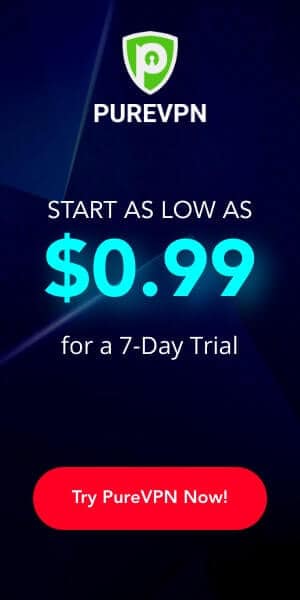 The Best Ethical Hacking Tools of 2021 (and their basic usage)

How to Watch Formula 1 Live Online